"Through my mission to organize the world, I am very happy to contribute to my home country of Japan -- to help people around the world understand what Japanese people are like and learn more about Japan," said Kondo, who has lived in the United States for three years. 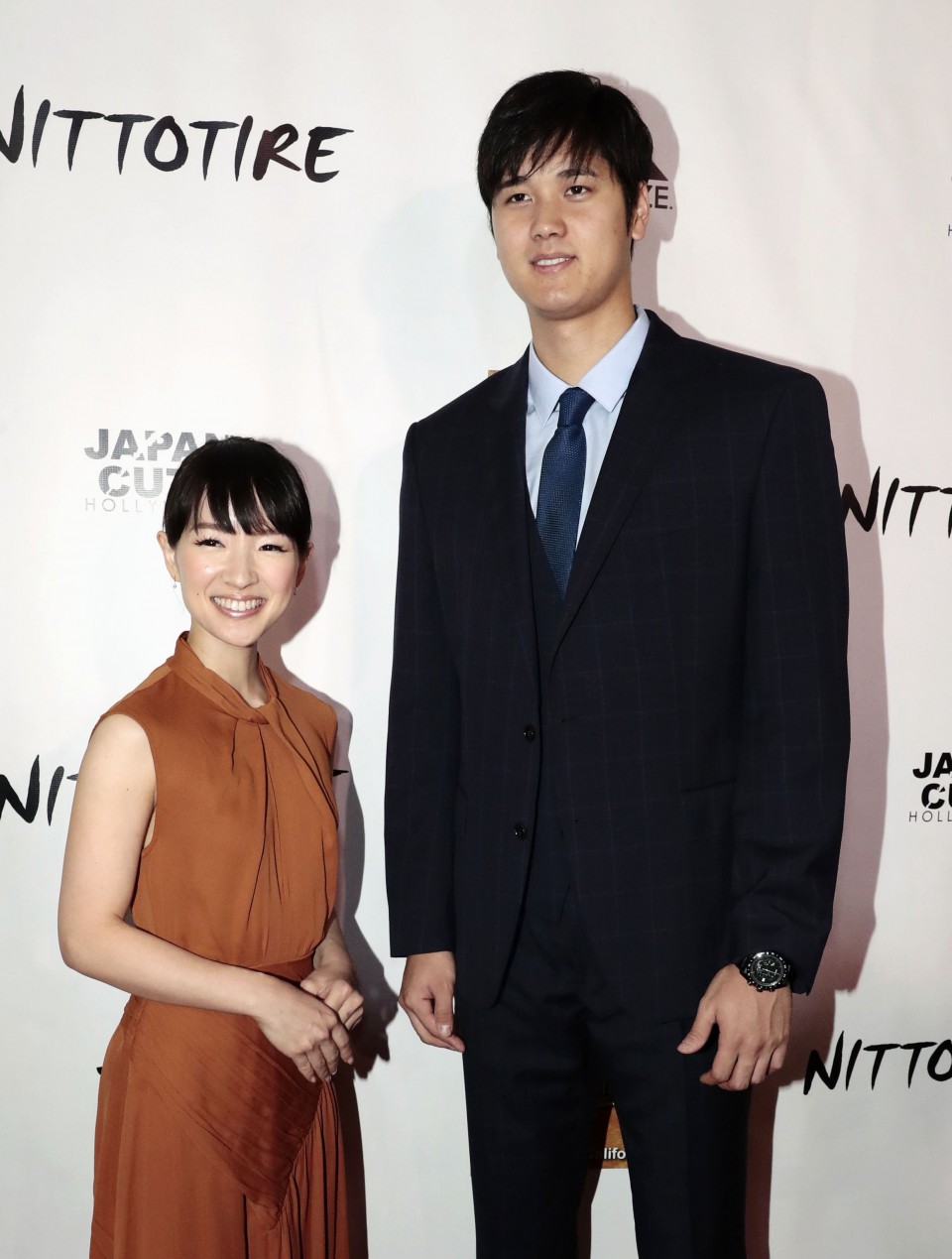 Ohtani, last year's American League Baseball Rookie of the Year, said, "The second half of the Major League Baseball season begins tomorrow, and I hope to have better results than last year, so I appreciate everyone's support."

The International Citizens Award, bestowed every year on an individual or organization that enhances the relationship between the two countries, has previously been presented to international figures such as Australian novelist James Clavell and Grammy-winning recording artist Kitaro.

Kondo, whose eight-episode Netflix series inspired a new wave of so-called KonMari followers to share their decluttering efforts on social media after the show's Jan. 1 debut, has published internationally translated best-seller "The Life-Changing Magic of Tidying Up."

The nonprofit organization, which hosted the fundraiser in honor of its 110th anniversary, is a membership organization that builds business and cultural relationships between Japanese and Americans.