Olympics an opportunity for Kabuki to broaden audience base

In an effort to reach a broader audience ahead of next year's Tokyo Olympics and Paralympics, Japan's National Theater is accommodating international guests of traditional Kabuki performances by using in-show commentary and English subtitles.

On a day during the early summer rainy season, the venue was crowded with visitors from overseas and international students who came for the show, specifically designed for non-native speakers of Japanese or those with no knowledge of the language at all.

With Japan preparing to welcome athletes and spectators from around the world to the Olympics, Kabuki and other traditional Japanese performing arts are being adapted to appeal to the already surging number of overseas visitors.

"It was interesting to watch and I believe the show was understandable for foreigners" with help from commentary and English subtitles, said Lorrin Lockwood from the United States, a 23-year-old student at Northern Kentucky University, after watching a live Kabuki performance.

Another audience member, a 26-year-old student from China who is studying at the University of Tokyo, said she has always been "interested in traditional Japanese culture," so it was an exciting moment for her to see Kabuki. 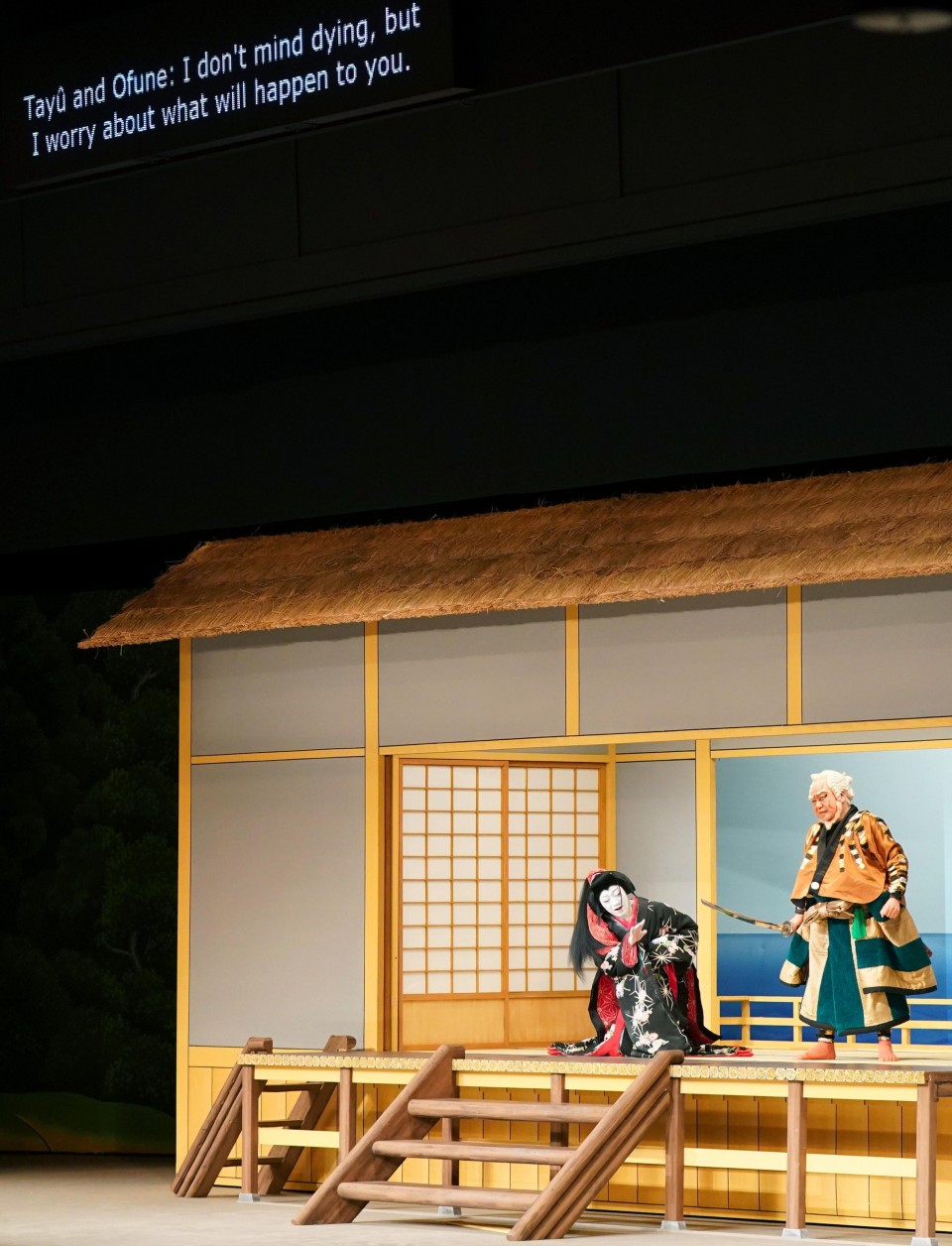 (Actors peroform "Shinrei Yaguchi no Watashi" (Miracle at Yaguchi Ferry) during the Discover Kabuki program at the National Theater in June 2019.)

"At the same time, it was a bit difficult to understand the historical background of the plot," she said, referring to a story staged in the 14th century, starring Nakamura Ganjiro and Nakamura Kazutaro, among others.

For years, the Japan Arts Council has been conducting multilingual efforts to show the charms of Japanese traditional performing arts to overseas audiences and non-Japanese speakers residing in the country. Discover Kabuki, offered with introductory guidance and commentary via earphones, is one of them.

This year's program has been designated as a project related to the Japan Cultural Expo, a government campaign aimed at promoting Japanese arts and culture in conjunction with the Tokyo Games and in cooperation with local governments and the private sector.

Discover Kabuki began in 2015, and the latest in June offered a live performance of "Shinrei Yaguchi no Watashi" (Miracle at Yaguchi Ferry), penned by engineer and inventor Hiraga Gennai under an alias in the 18th century.

The performance, which depicts a young woman who risks her life to protect a man she loves from her brutal father, was available with accompanying commentary in Japanese, English, Chinese, Korean, Spanish and French. 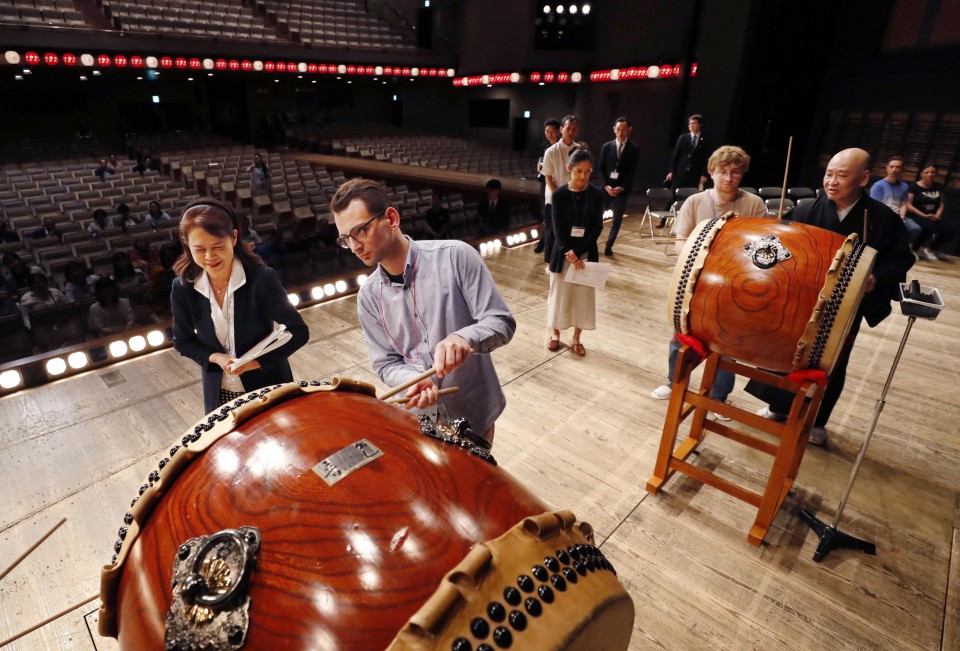 People from at least 66 countries and regions attended this year, with those from China making up the biggest group at 28.0 percent, followed by the United States at 17.0 percent, Taiwan at 6.3 percent and South Korea at 5.3 percent, according to the theater.

"I know there is criticism that the synopsis should not be told in a commentary because it does not fit with the principle of Kabuki," said Fumio Owada, executive director of the council, in an interview with Kyodo News.

"Critics say Kabuki is not something just highlighting the plot. It's something where the audience can appreciate the actors, including their moves and glamorous costumes," he said.

"I too understand the true delight of Kabuki lies in those aspects, but it is almost impossible for beginners to truly enjoy the show without a decent understanding of storylines," Owada said. 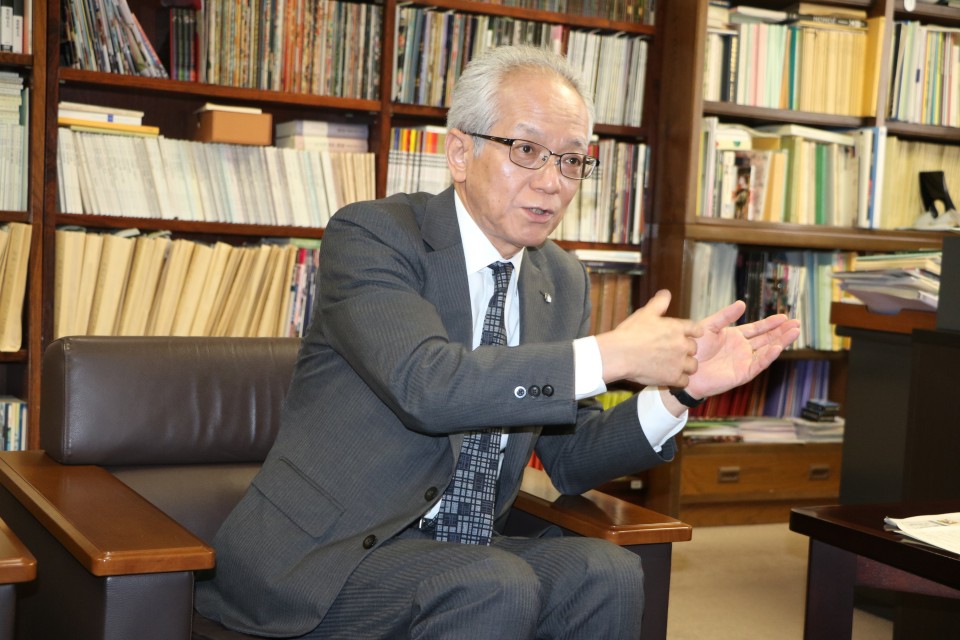 "On top of the basic understanding, any memorable scene will leave a strong impression on an audience, and I hope such memories will lure them back to the theater," Owada said, eyeing a future beyond the Summer Games.

Some audience members said one of the most memorable performances in Miracle at Yaguchi Ferry was the "ningyo-buri" section, when actor Kazutaro imitates the movements of Bunraku puppets.

Also, around 30 people took part in a Kabuki workshop offered to non-Japanese audience members following the show in which they learned how to beat drums and how to play male and female roles called "tachiyaku" and "onnagata," respectively, as well as how to use wooden clappers called "tsuke."

Kabuki actors instructed workshop participants on how to strike a pose called "mie" along with the rhythm of the tsuke beat and how to stand and walk as female characters.

"Drop your shoulders, pull your shoulder blades closer, gather your thighs, turn your toes inward, put your hands together in front of the chest, then walk," said an actor through an interpreter while instructing participants wearing female stage costumes. 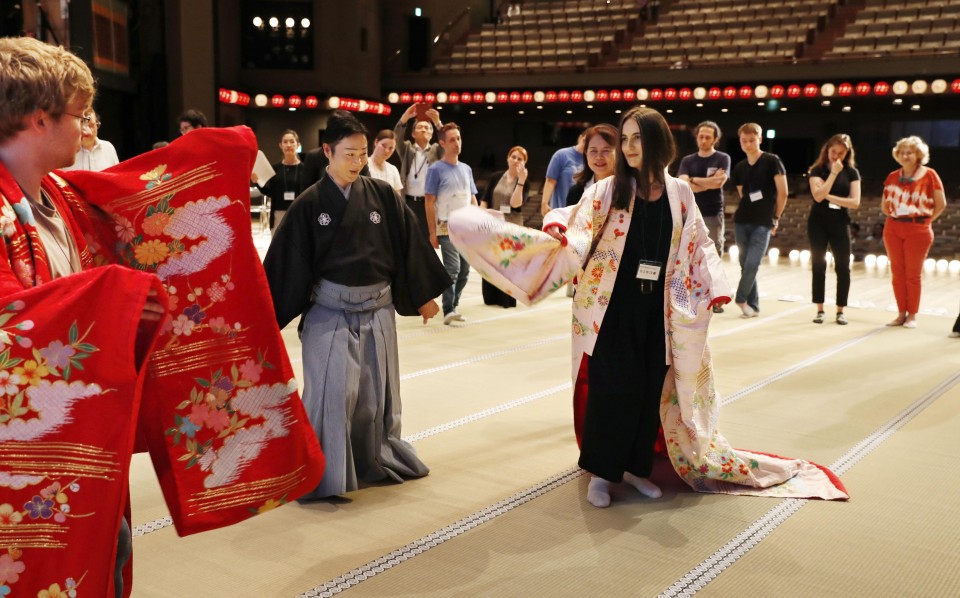 On the occasion of the first Tokyo Olympics held in October 1964, efforts to showcase Japanese arts and culture for foreign visitors were made as well, with English explanations being provided before each Kabuki show, according to Shochiku Co.

Next year, the operator of Kabuki and the arts council are expecting to hold even bigger shows to entertain overseas visitors with programs and a schedule friendlier to such audiences.

The council is planning to hold an event next summer, tentatively named the Japanese traditional performing arts festival, in which Kabuki, Noh/Kyogen, Bunraku puppet theater, Kumiodori and traditional dance and music will be showcased by leading performers, according to Owada.

"Many visitors from overseas are already flocking to Japan now, and I think next year will be even bigger (than 1964)," said Tadashi Abiko, vice president of Shochiku, the sole remaining Kabuki show operator in Japan.

Since Olympic events take place at all times of the day, Shochiku is looking to entice audiences both at night and during the day.

"We expect more people will come to theaters during the daytime because not all visitors will be at stadiums (during competitions), in addition to the schedule of finals," said Abiko, who also serves as the company's executive producer of Kabuki. 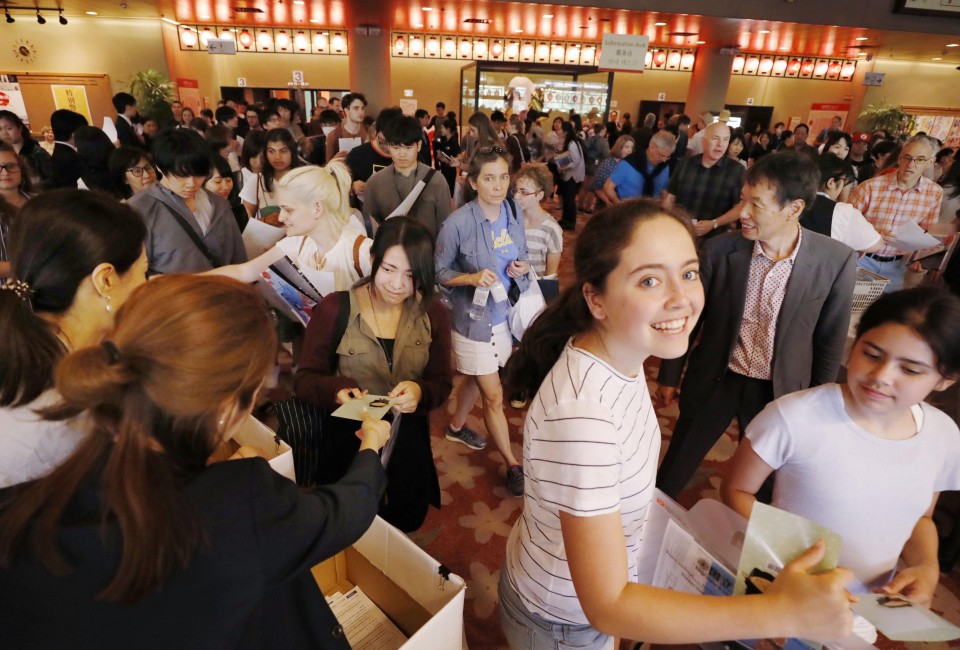 Shochiku usually has one show in the daytime and one at night, while occasionally running three sessions.

For the Olympics and Paralympics, the company is considering introducing four shows, adding a late night version targeting overseas visitors, from late July to August next year.

The late show would run about one hour, Abiko said, adding they were still debating a starting time.

"We've heard some audiences say the two-session system makes the length of each show too long. By running a (four-show) system, we will be able to make each show more compact and keep ticket prices relatively low," he said. "It is also important to select interesting and comprehensible lineups for overseas guests," he said.