Horigome, winner of the first three stops of 2018, accumulated 35.7 points from his top-four scores in the event that is also a qualifier for the 2020 Tokyo Olympics. His score beat out American Maurio McCoy and France's Vincent Milou. 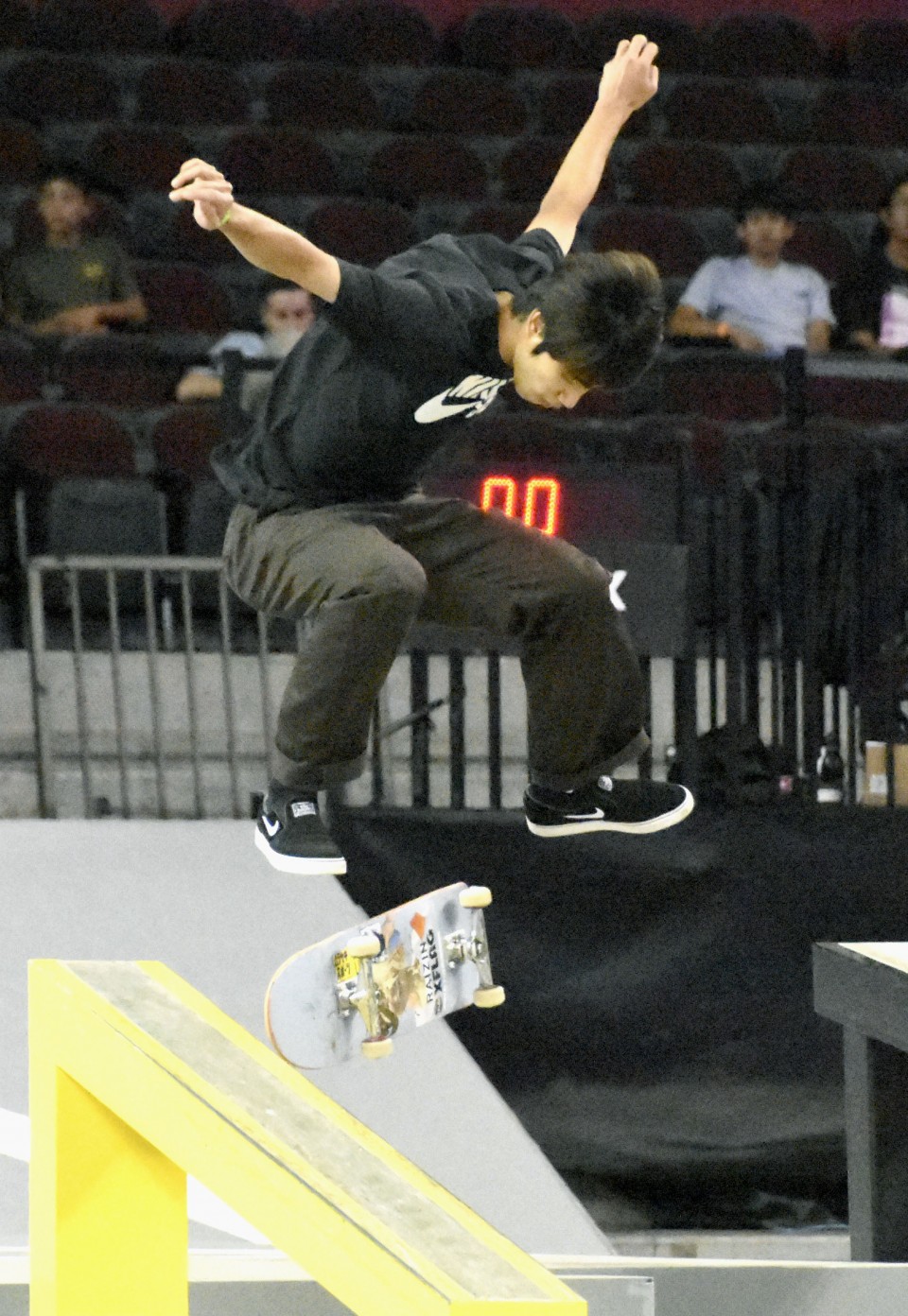 "I just tried to do my very best," the 20-year-old Horigome said.

Horigome reached the final by scoring 8.9 on his fifth attempt in the best-trick stage of the semifinal, allowing him to advance with the second-best overall score.

In the final, he was awarded a 9.4 -- the highest of his four counting scores -- when he landed a clean nollie backside 270 nose slide on his fourth attempt in the best-trick section.

Horigome failed to qualify for the final at the London round in May and the Dew Tour in California last month.

Fellow Japanese Sora Shirai finished sixth with 27.0 points, while Daisuke Ikeda was eliminated in the semifinals.

In the women's event at the Galen Center, Rayssa Leal, an 11-year-old from Brazil, became the youngest skater to win a leg of the Street League Skateboarding competition.

Two Olympic qualifying windows are established by World Skate and qualification is based on the Olympic World Skateboarding Rankings. The first of these runs until Sept. 30, 2019, and the second cycle runs from Oct. 1, 2019, to May 31, 2020.