Opposition parties saw mixed results in the upper house election on Sunday, with the Constitutional Democratic Party of Japan making big gains while others struggled to attract support in a crowded field.

The CDPJ, which ran on promises to postpone a planned consumption tax hike and raise the minimum wage to 1,300 yen ($12), won 17 of the 124 contested seats, gaining eight seats compared with its pre-election level to solidify its status as the leading opposition force in parliament. 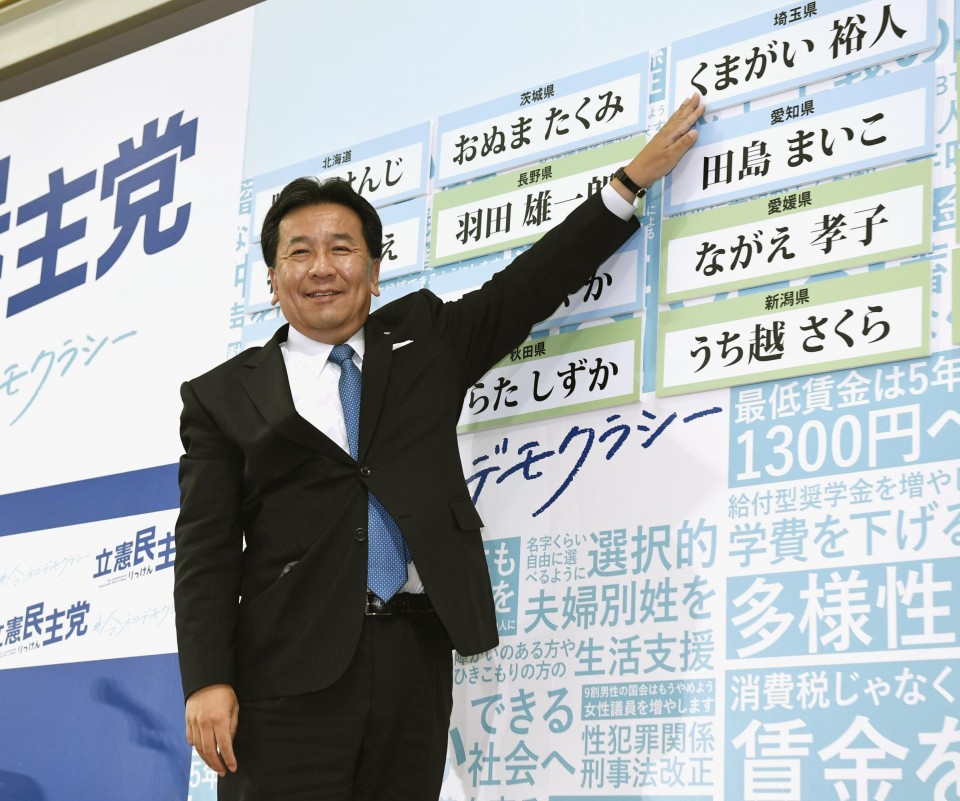 (Yukio Edano, leader of the Constitutional Democratic Party of Japan, smiles at the party's election operations center in Tokyo following the House of Councillors election on July 21, 2019.)

"In less than two years since setting out, we've been able to gain so much support," party leader Yukio Edano said.

The Japan Innovation Party, the Osaka-based group pushing to reorganize the country's 47 prefectures into greater administrative regions, won 10 of the contested seats, expanding its presence in the House of Councillors to 16 seats.

In a sign of the party's growing appeal, one of its candidates won a seat in the Tokyo electoral district, the first to do so outside of the Kansai region surrounding Osaka.

Osaka Mayor Ichiro Matsui, the party's leader, said he will continue to push his agenda of "creating a sustainable Japan with a focus on regions" outside of Tokyo. 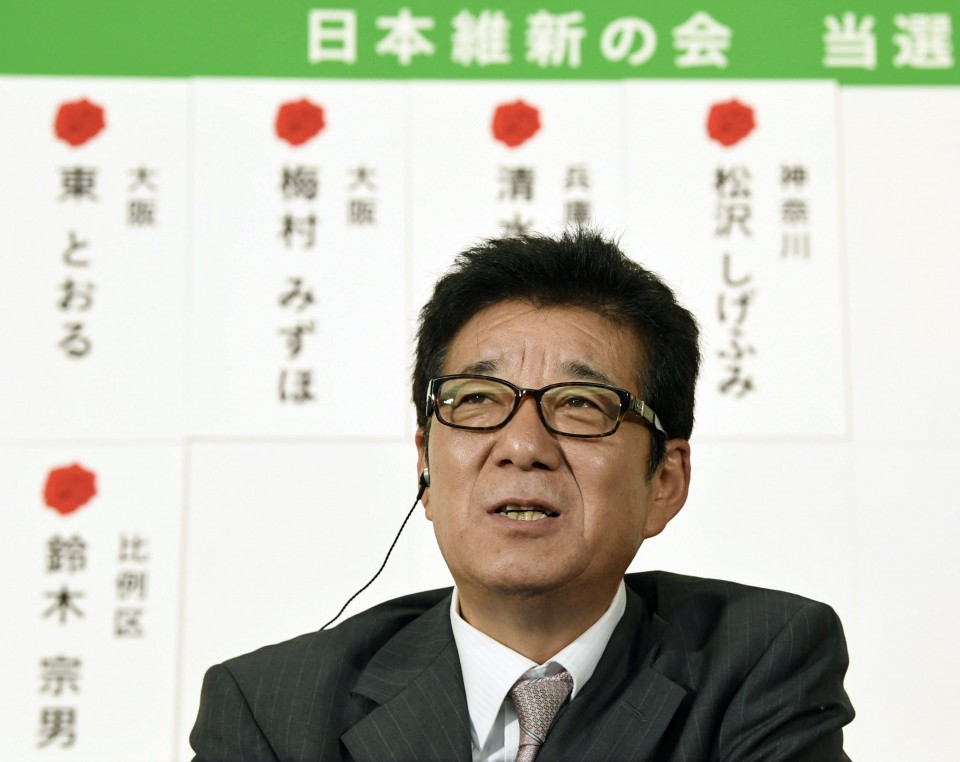 (Japan Innovation Party leader Ichiro Matsui gives a TV interview at a hotel in Osaka on July 21, 2019, following the House of Councillors election.)

Meanwhile, the Democratic Party for the People only managed to hold on to six of the eight seats it held going into the upper house election, as its "Household First" economic platform failed to gain traction among voters.

"We've never seen momentum like this before. The people wanted someone to breathe new life into politics," Yamamoto said, although he himself failed to win in the election.

Faring worse, the Social Democratic Party won just a single seat -- in the proportional representation section -- as the party, once Japan's main opposition party, faced an existential crisis. But it managed to gain 2 percent of the overall votes, keeping its status as a parliamentary party.

The anti-establishment Reiwa Shinsengumi and NHK Kara Kokumin Wo Mamoru To (The Party to Protect the People from NHK), which gained one seat, newly won status as parliamentary parties as they each garnered more than 2 percent of overall votes.

The primary goal of NHK Kara Kokumin Wo Mamoru To is to abolish the public broadcaster's collection of subscription fees and switch to a pay-per-view system for its programs.