Kyoto Animation Co. has successfully retrieved data from a computer server that survived the deadly arson attack at one of its studios earlier this month, its lawyer said Monday.

While personal computers and materials on paper in the studio were nearly all lost in the July 18 fire that killed 35 people and injured dozens, some original drawings and storyboards may have been digitalized prior to the attack. 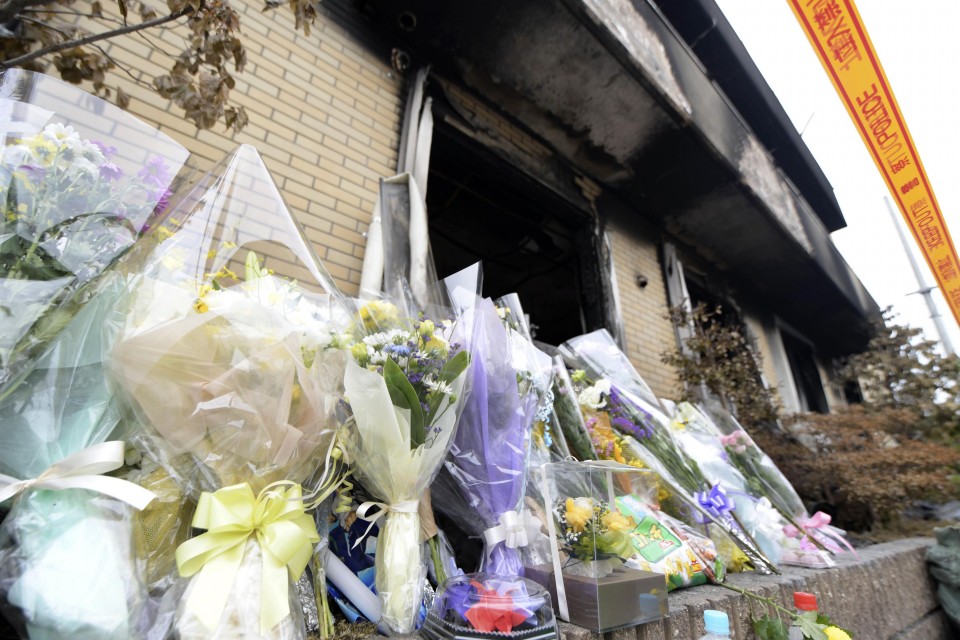 "The data are the products of people who were killed or injured," lawyer Daisuke Okeda said. He said the recovered data are materials relating to the Uji-based company's animation productions, without giving further details.

The server is believed to have been spared from damage as it was located in a room with concrete walls on the first floor of the three-story studio building and was distant from the staircase close to where Shinji Aoba is suspected to have spread and ignited gasoline. Also, it did not get wet while the fire was being extinguished.

Investigative sources said Monday that Aoba had likely withdrawn between 50,000 yen ($460) and 100,000 yen in cash from an automated teller machine before the incident. Police believe he used the cash to pay for his traveling expenses and gasoline used in the arson attack, the sources said.

Aoba arrived in Kyoto on July 15 and stayed at a hotel in the city for two days. He registered with his actual name and phone number, paying for his accommodation in cash, the sources said.

He bought cans to carry the gasoline and other items at a hardware store in Uji on July 17 and purchased gasoline just before the incident on July 18, the sources said.

Investigations have revealed that Aoba, who is still being treated in hospital for severe burns, had a strong interest in Kyoto Animation, with police confiscating books and DVDs of its works from his home in Saitama, near Tokyo.

The police also found a smartphone and a tablet device during a search of the house. Aoba did not have a mobile phone on him when he was apprehended near the burned studio shortly after the attack.

He is believed to have spent three days visiting the neighborhood of Kyoto Animation's headquarters and locations associated with its television anime series "Sound! Euphonium," a story about a high school music club in Uji, after arriving in Kyoto on July 15.

The police have obtained an arrest warrant for murder and are expected to officially serve it on Aoba once he recovers. 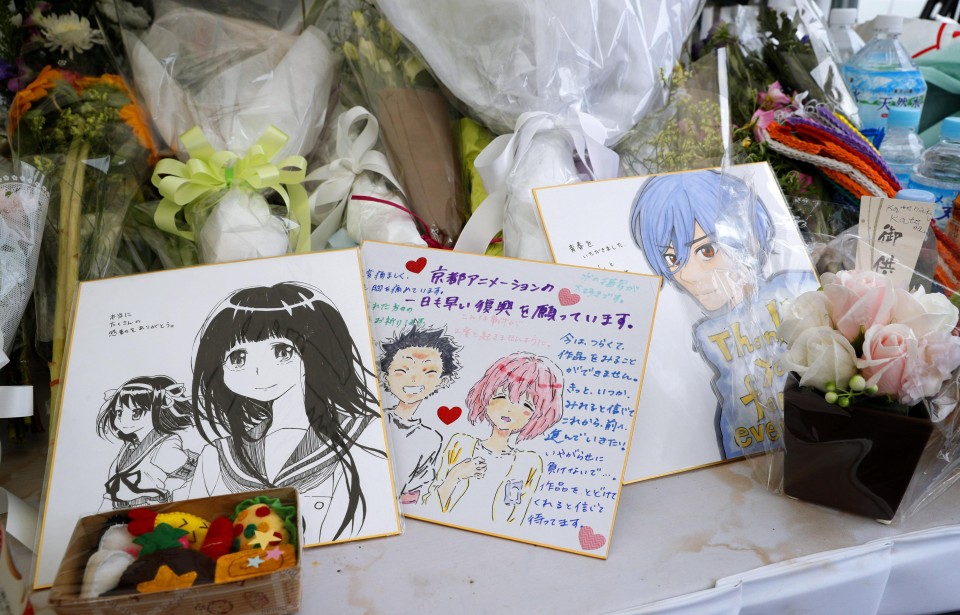 Also on Monday, the government said it will support the rebuilding of the animation company.

"We'd like to have related ministries and agencies deal with the issue after thoroughly hearing about the situation regarding compensation for injured employees and rebuilding of the management," Chief Cabinet Secretary Yoshihide Suga told a press conference in Tokyo.

He also said that the Economy, Trade and Industry Ministry, and related government offices plan to offer support to enable the company to receive domestic and overseas donations.

His remarks came after a group of lawmakers proposed to Suga on Friday that the government should provide tax breaks for donations to the animation company, which have exceeded 600 million yen.