North Korean leader Kim Jong Un agreed with U.S. President Donald Trump to resume and move ahead with denuclearization talks at their "historic meeting" at the truce village of Panmunjeom on Sunday afternoon, the state-run Korean Central News Agency reported.

At their third face-to-face meeting, Kim and Trump agreed to "resume and push forward productive dialogues for making a new breakthrough in the denuclearization of the Korean Peninsula and in the bilateral relations," KCNA said Monday.

The "surprise meeting" was held at the suggestion of Trump, the news agency said. It came after the U.S. president, before embarking on a visit to South Korea on Saturday, called on Kim in a tweet to meet with him at the Demilitarized Zone on the border of the two Koreas so he could "shake his hand." 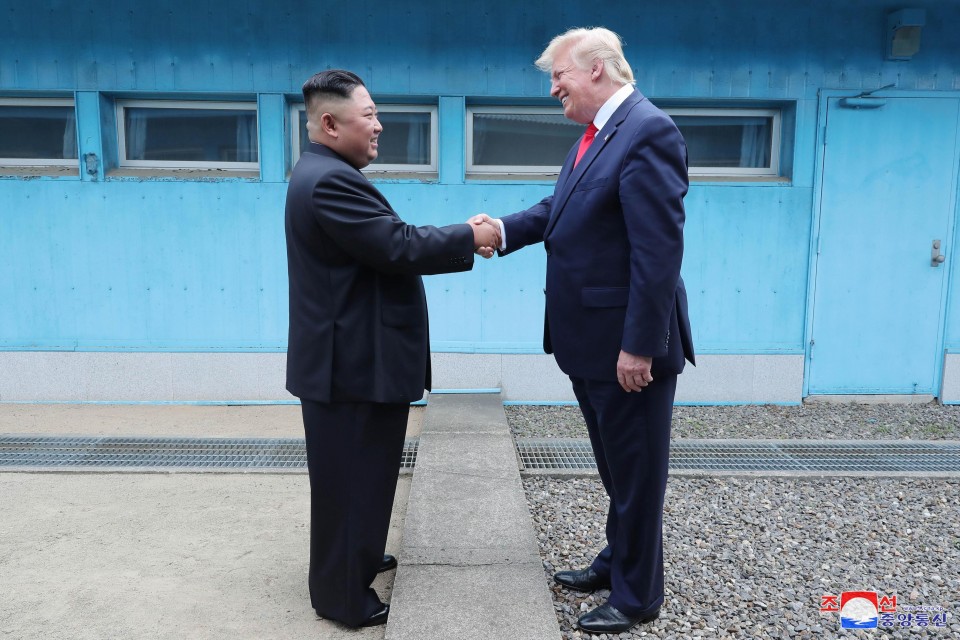 "The top leaders of the two countries expressed great satisfaction over the results of the talks," according to the KCNA report.

In initial remarks at their meeting that were broadcast live by international media, Kim told Trump through an interpreter, "Some people think as if this meeting was prearranged through the letters you have sent me. But I myself was surprised yesterday morning when you expressed a willingness to meet with me here."

PROFILE: Trump courts controversy with rhetoric at home and abroad

"This place of our meeting is a symbol of the separation between the North and South, and also a reminder of unfortunate past," Kim said, adding, "Meeting at such a place shows that we are willing to put an end to the unfortunate past and open a new future."

Trump became the first sitting U.S. president to set foot in North Korea during the trip to the DMZ.

"I want to thank Chairman Kim for something else. When I put out the social media notification, if he didn't show up, the press was going to make me look very bad," Trump said, emphasizing that relations between the two leaders are good.

After meeting with Kim, Trump told reporters, "We've agreed that we're each going to designate a team. The teams will try to work out some details," adding that the U.S. team would be led by U.S. Special Representative for North Korea Stephen Biegun.

U.S. Secretary of State Mike Pompeo told reporters on Sunday that Washington and Pyongyang are likely to hold working-level talks as early as in mid-July.

Trump also indicated he may meet with Kim again depending on the outcome of the working-level negotiations.

The nuclear talks have been stalled since the breakdown of the two leaders' second summit in February in Hanoi.

At the Feb. 27-28 meeting, Kim and Trump fell short of a deal due to the gap between Washington's insistence on denuclearization and Pyongyang's demand for sanctions relief.

On Sunday, Trump gave no indication whether the United States will ease sanctions against North Korea soon. But he suggested Washington could do so in the course of their renewed talks, saying, "At some point during the negotiation, things can happen." 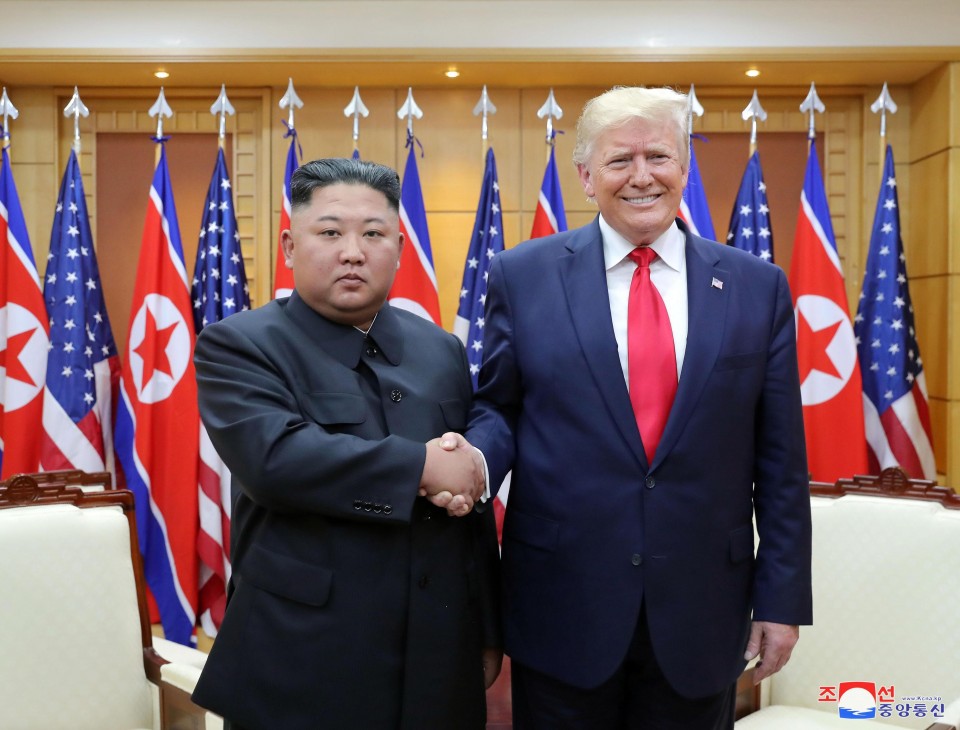 At their first meeting in Singapore in June 2018, Kim and Trump agreed that the United States would provide security guarantees to North Korea in return for "complete denuclearization" of the Korean Peninsula.

Pyongyang, however, has shown little sign of giving up its nuclear weapons despite Washington's calls, and appears to be trying to gain concessions by offering denuclearization in a phased manner.

Some pundits have criticized Trump for the surprise meeting with Kim, calling it a political show aimed at helping him win re-election next year.

Even after the rupture of their second summit in the Vietnamese capital, Trump voiced eagerness to continue talks with Kim. Last month, the U.S. and North Korean leaders exchanged letters, in a sign that they remain on good terms with each other.

North Korea, meanwhile, has recently resumed provocative actions such as firing what were thought to be short-range ballistic missiles in early May.

In a speech to the country's legislature in April, Kim asked the United States to shift its policy on denuclearization negotiations by the end of this year, lambasting Washington for making what he claimed are one-sided demands.

Kim also met with Chinese President Xi Jinping in Pyongyang last month and he is believed to have attempted to obtain Beijing's help to move negotiations forward with Washington.