More than 274 million yen ($2.5 million) was donated within 24 hours to a fund set up by Kyoto Animation Co. following an arson attack last week that left 34 dead, the company's lawyer said Thursday.

The fund's account, created at 6 p.m. Wednesday, received 14,000 deposits by Thursday afternoon, the lawyer said, adding, "The donations were probably made mainly by individuals."

Known by its fans as "KyoAni," the animation studio has produced popular TV animation series "K-On!" and "Suzumiya Haruhi no Yuutsu" (The Melancholy of Haruhi Suzumiya).

As for a crowdfunding campaign launched shortly after the incident by Texas-based animation distributor Sentai Filmworks, which licenses several Kyoto Animation works including "K-On!," $2.18 million had been raised from 64,000 donors by Thursday, surpassing its original goal of $750,000. In the seven hours after its creation on the GoFundMe crowdfunding website, more than 10,000 people donated nearly $400,000. 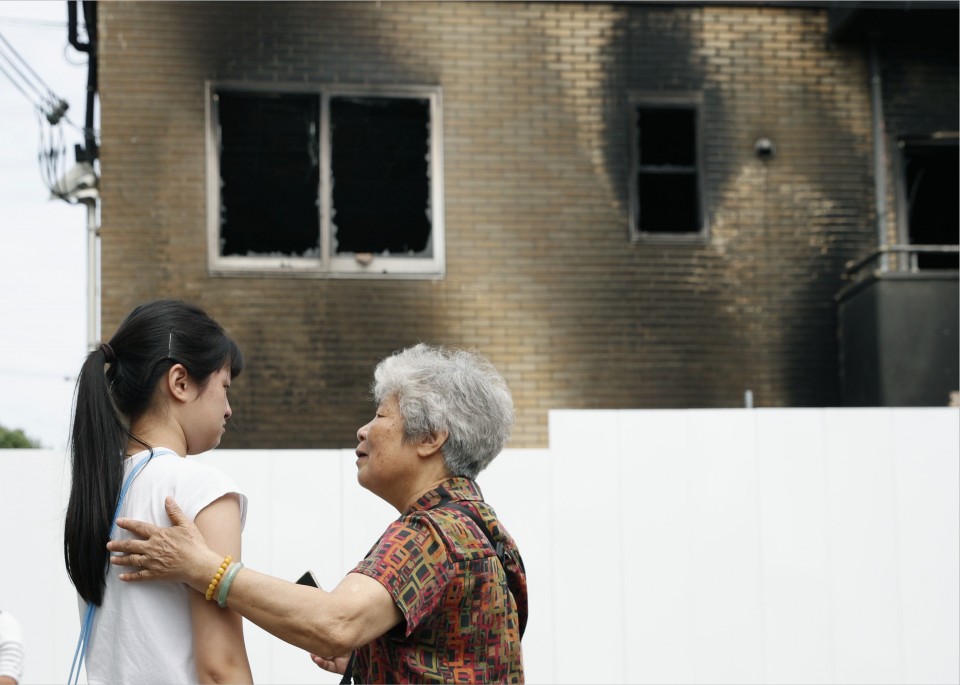 The distribution company said the fundraising drive will continue until July 31.

The police have obtained an arrest warrant for the alleged arsonist, Shinji Aoba, 41, who is currently hospitalized with severe burns.

Aoba allegedly entered the studio on July 18 screaming "Die!" and ignited gasoline, resulting in the deaths of 34 employees of the company.