Kakuryu maintained his one-win lead over Hakuho at the Nagoya Grand Sumo Tournament after both yokozuna prevailed on Thursday.

Five-time champion Kakuryu improved to a perfect 12-0 with a victory over No. 6 maegashira Chiyotairyu (6-6) on Day 12 at Dolphins Arena.

Unbeaten in their 11 previous meetings, Kakuryu continued his dominance over Chiyotairyu with a cleverly executed rear foot sweep.

Taking a strong outside grip at the jump, Kakuryu swung the maegashira around before dropping him to the clay with a foot to the back of his heel. 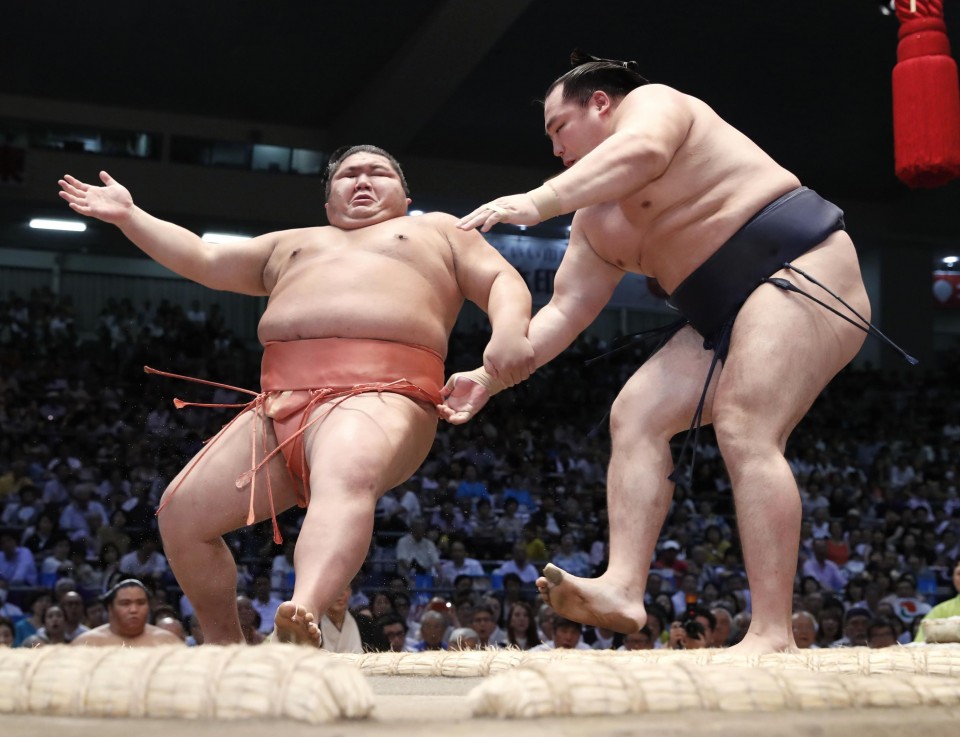 Following a restart, the pair clasped in the middle of the ring, each with a belt hold. Hakuho countered a force out attempt before the pair locked up in another stalemate.

With both men standing almost upright, it was the all-time championship record-holder who seized an opening, dropping his hips and driving Mitakeumi over the edge.

Hakuho, whose only defeat was on Day 9 against Ichinojo, was coming off a day's rest after ozeki Takayasu forfeited their scheduled battle on Day 11. 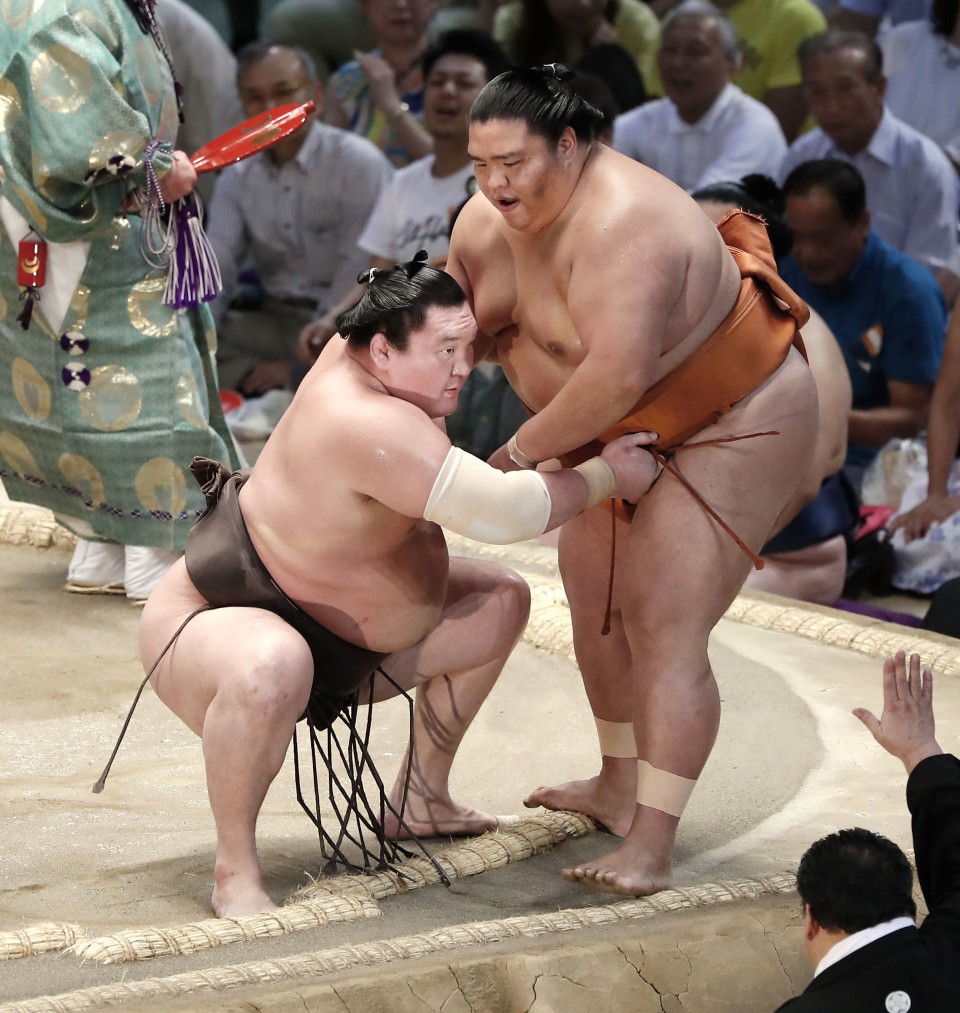 With his withdrawal from the 15-day tournament due to a left elbow injury, Takayasu joined the other three wrestlers at sumo's second-highest rank in pulling out of the meet.

Takakeisho withdrew before the opening day with a right knee injury. Tochinoshin and Goeido pulled out on the sixth day and eighth day, respectively.

Struggling sekiwake Tamawashi improved to 2-10 after driving out No. 4 Meisei (2-10). The Mongolian had the momentum from the jump, quickly removing his younger opponent with a series of powerful thrusts.

Komusubi Abi (5-7) is one defeat away from a losing record after slipping to the clay in his match with No. 2 Endo (7-5). The Shikoroyama stable grappler lost his footing while exchanging slaps and thrusts with the former komusubi.

Komusubi Ryuden (3-9) continued to find the going tough in the "sanyaku" ranks, the three below yokozuna, losing by thrust out to No. 2 Aoiyama (6-6).

The biggest man in the division, former sekiwake Ichinojo used his 227-kilogram bulk to wrap up No. 7 Tomokaze (9-3) and force him over the straw.

"I got the grip and from there it was just a matter of being patient," Ichinojo said.

Kotoeko knocked back No. 13 Sadanoumi (7-5) with a two-arm thrust before slapping him down.

"I employed the (two-arm thrust) and it paid off. I've been pretty confident with how I've been performing," said Kotoeko, after securing a winning record in two straight tournaments.

Kotoyuki secured a winning return to the top division after pushing out No. 12 Kagayaki (6-6).