Whale meat auctions were held Thursday in different parts of Japan, the first since the country ended its 31-year commercial whaling hiatus earlier this week, with some cuts sold for over 10,000 yen ($93) per kilogram.

Also Thursday, a separate fleet caught a Bryde's whale offshore after departing Monday from the port of Shimonoseki in Yamaguchi Prefecture, western Japan, its operator said.

Approximately 66 kg of meat from one of the two whales was then brought to Taiji, Wakayama Prefecture, for an auction because a vessel from the town was among the fleet.

"I was able to make a successful bid at the celebratory auction," said fishery company head Akira Yutani, who submitted a bid for 40 kg. "I'd like to continue working on developing (whale meat) products for younger generations to enjoy."

About 10 brokers from the western town, regarded as the birthplace of whaling in Japan, took part in the auction.

"I'm very moved by how this meat came from a ship from Taiji," said 59-year-old Yoshifumi Kai, a member of the town's fishing cooperative. "It's higher quality, unlike that from research whaling, as they drained the blood aboard. I want people to understand that whale meat tastes good."

The red whale meat costs 598 yen for 100 grams at a supermarket run by the group. "I can't wait to eat it in sashimi form," a 67-year-old male resident said. 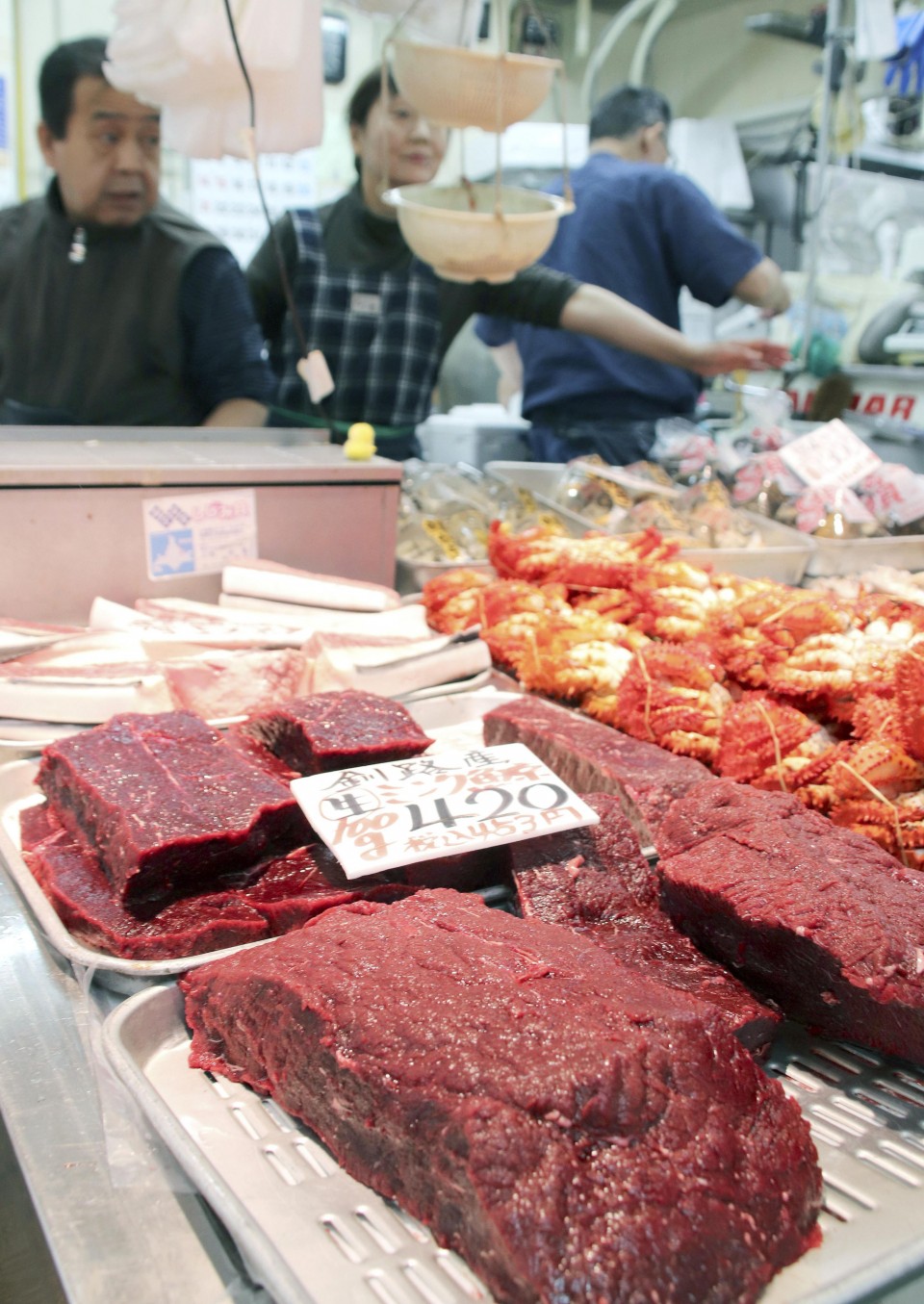 Auctions were also held in the northeastern prefectures of Aomori and Miyagi, with certain cuts of the whale snatching up to 15,000 yen ($139) per kg at an event in Sendai.

On Monday, a separate fleet also departed from the port of Shimonoseki in Yamaguchi Prefecture, western Japan. Tokyo restarted commercial whaling a day after formally withdrawing from the International Whaling Commission.

The IWC was founded in 1948 and Japan joined it in 1951. It was originally composed of whaling nations, but the increasing membership of anti-whaling countries led the IWC to adopt a moratorium on commercial whaling in 1982.

Japan had long sought to lift the moratorium and finally left the IWC on Sunday after the organization last September voted down its proposal to resume commercial whaling of species considered abundant, such as minke whales.