A Japanese-funded foundation set up in South Korea under a 2015 bilateral agreement on the issue of Korean women forced to work in Japanese wartime military brothels has been formally dissolved, a person closely involved with the organization said Friday.

After deciding in November to dissolve the Reconciliation and Healing Foundation, the South Korean government took procedural steps toward the dissolution without consent from the Japanese government.

In Tokyo on Friday, after reports of the foundation's formal dissolution, Deputy Chief Cabinet Secretary Yasutoshi Nishimura said Japan "can never accept" the dissolution of the group.

The Japanese government separately repeated its call to the South Korean government through a diplomatic channel to implement the agreement, whose key plank was giving financial support to former "comfort women" through the foundation.

Under the agreement reached in December 2015 to "finally and irreversibly" settle the comfort women issue, Japan provided 1 billion yen ($9.27 million) to the foundation to help former comfort women and their families.

But the deal, struck under the previous administration of President Park Geun Hye, proved unpopular in South Korea, in part because many thought it had failed to reflect the opinions of surviving victims. 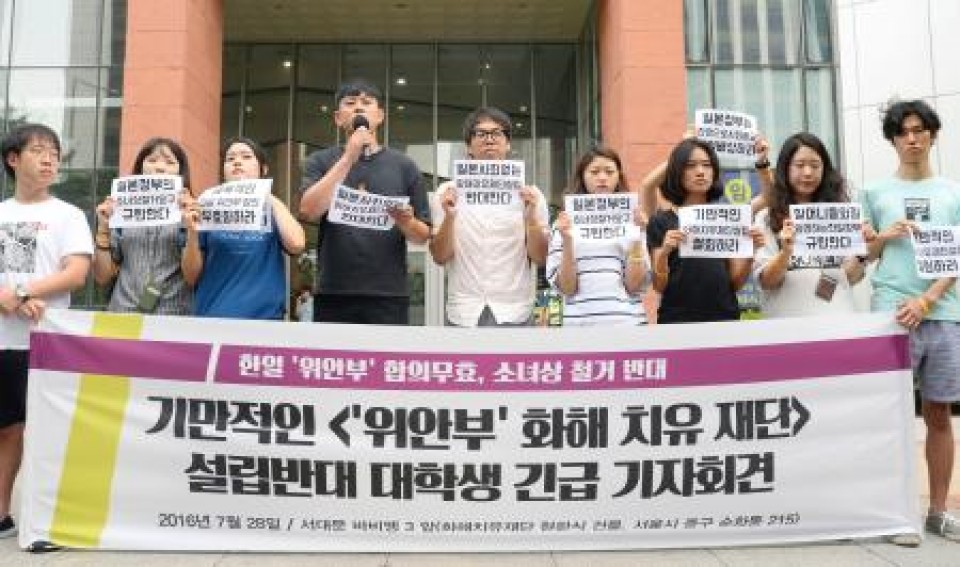 The administration of President Moon Jae In proceeded to dissolve the foundation.

An official of South Korea's Gender Equality and Family Ministry said an application was made June 17 to register the organization's dissolution and the foundation was notified Wednesday that the procedure had been completed.

The official said some steps still remain to be taken, including liquidating the group's remaining assets.

The foundation's dissolution was first reported by The Asahi Shimbun newspaper.

According to the foundation source, of the 47 women who were alive when the deal was reached, 36 wanted to receive cash payments and 34 of those went on to receive about 10 million yen each.

Of the 199 proxies of those who were already dead, 71 wanted to receive the payments and 58 of those went on to receive about 2 million yen each.

But some surviving victims refused to take the money. 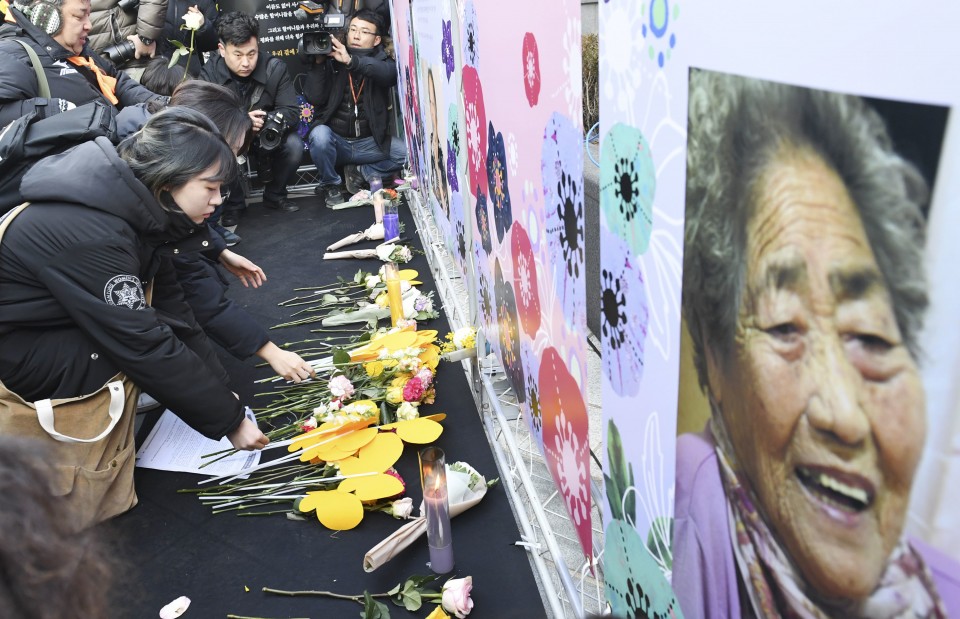 On his government's decision to dissolve the foundation, Moon said earlier that after its work was suspended, the foundation had kept paying for operational costs. The president has said, however, that Seoul does not intend to scrap the agreement or seek renegotiations with Tokyo.

Japan-South Korea ties have long been strained over historical disputes related to Japan's colonial rule of the Korean Peninsula between 1910 and 1945.

Of the 1 billion yen Japan contributed to the foundation, over 500 million yen remains in its coffers. Civic groups in South Korea opposed to the 2015 agreement are demanding that Seoul return all the money to Japan.

The South Korean government, however, is reluctant to take the step for fear of putting the final nail in the coffin, and has indicated a willingness to discuss with Japan what to do with the remaining funds.

Japan, for its part, is nowhere near agreeing to the foundation's dissolution, leaving little room for such discussions.

The dispute over the compensation for wartime work spilled into bilateral trade this week as Japan imposed stricter rules on its exports of semiconductor-related materials to South Korea from Thursday, after what it sees as Seoul's failure to address the months-long dispute.