With Tokyo's summer heat and unpredictable weather very likely to prove a severe headache during the 2020 Olympics, Japanese sports bodies are using every resource at their disposal to prepare athletes and spectators for extreme conditions.

Several organizations have turned to a weather forecasting company to feed them firsthand meteorological data in a bid to understand what to expect during the Olympics, held in July and August, the hottest months in Japan. 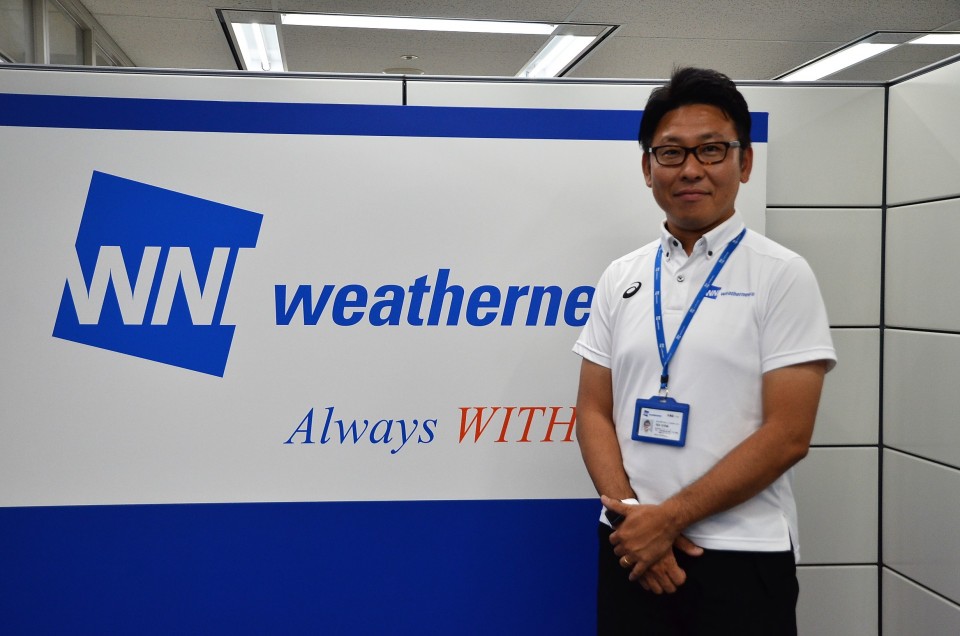 "The weather cannot be changed -- there's absolutely nothing we can do about it. What it comes down to, is how well athletes prepare for it," said Kazuo Asada, who runs the sports meteorology team at Weathernews Inc., based in Chiba, outside Tokyo.

Weather-related concerns have mounted, especially after a historic heatwave hit Japan's capital last summer, with an area near Tokyo seeing a record temperature of 41.1 C. 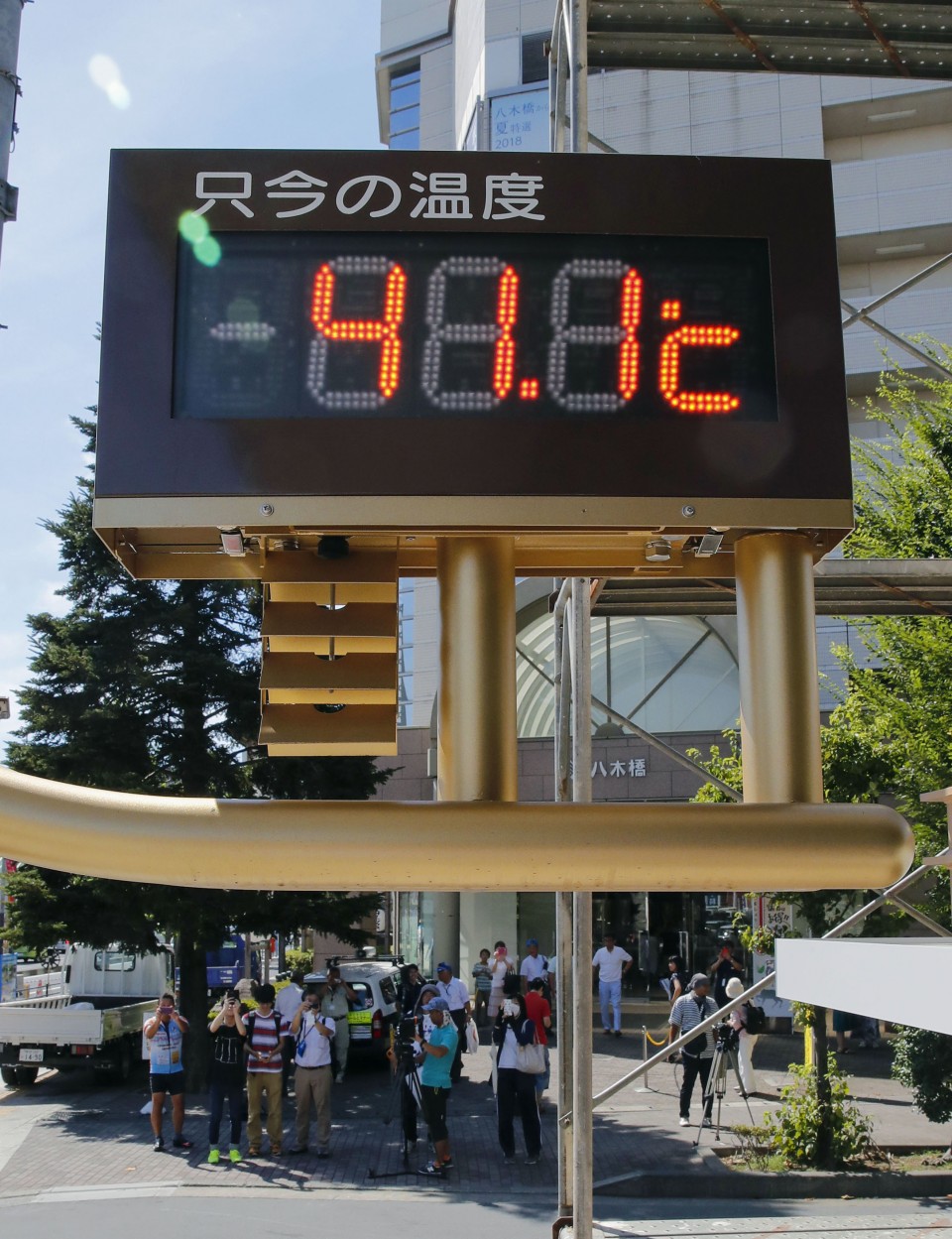 (A display shows the temperature reaching 41.1 C, the highest-ever logged in Japan, in Kumagaya in Saitama Prefecture, near Tokyo, on July 23, 2018.)

The games' organizing committee has said the threat posed by the extreme heat and typhoons is considered a "major issue" resulting in the shifting of start times of several events.

While the games' organizing committee is mulling different countermeasures, athletes will also need to prepare to be at their best in the worst conditions. Readiness for heat and other weather-related factors are considered vital to both health and performance, especially in outdoor endurance competitions.

Asada's team, which has prior experience supporting Japan at the 2015 Rugby World Cup and 2016 Rio de Janeiro Olympics as well as the Pyeongchang Paralympics and Asian Games last year, has been working around the clock with the Tokyo Olympics just one year away.

At the Summer Games, the first to be hosted in Japan in 56 years, the host nation is targeting a record 30 gold medals.

Asada will support about 10 Japanese sports bodies that will have their athletes competing in Olympic events, including the marathon, race walking, triathlon, and sailing -- sports that are very much at the mercy of the weather.

"The Tokyo Olympics are held in mid-summer. There is also a high risk of torrential downpours, so the weather has been the center of attention," Asada, 43, said. "Every athlete considers countermeasures against extreme heat to be the overriding theme of their preparations. If they know what to expect, they can come up with a plan."

The weather gurus have provided the sports bodies with information on what the weather has been like for the past two decades near competition venues. They have also made several visits to the courses during the summer to collect data, including temperatures, humidity and wind direction at given points. 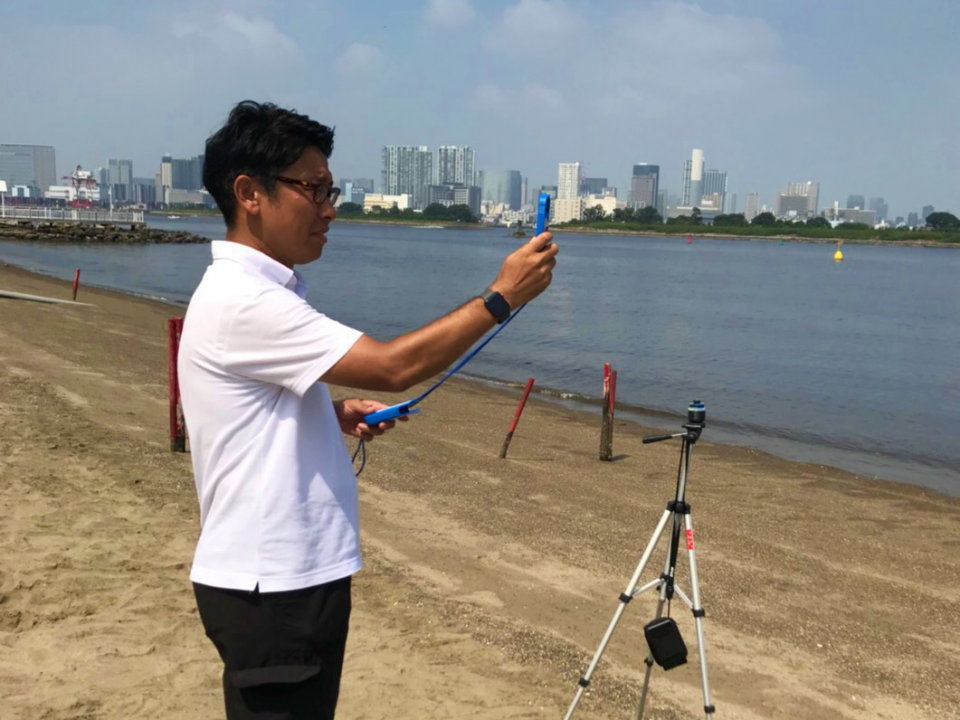 "At the moment, we can't predict what the weather will be like next year, but what we can do is see what it tends to be like by looking at the past -- like how many times it rained or what the wind was like," he said.

Last summer, the Weathernews team made three visits to the 2020 marathon course which starts and finishes at the main Olympic stadium located between the busy hubs of Shibuya and Shinjuku and takes runners past many of Tokyo's most famous landmarks.

They would kick off their day at the scheduled starting time of the marathon and make a video while driving through the course at about the same speed the athletes will run next summer.

He said the video will help runners familiarize themselves with course features without having to run the course ahead of time.

The team also took specific data every 5-kilometers of the course on Aug. 2, 2018, exactly two years ahead of the women's race, and found, at least on that day, there was about a 10 C difference between the road surface temperatures at specific points.

"Knowing the weather doesn't directly lead to winning, it's really up to how it is utilized by teams," Asada said. "It's one of those things that, if used the right way, it can help give athletes a better time or a score, and improve their chances of claiming a medal."

"Athletes from other countries rarely have an opportunity to train and get used to the heat and humidity," he said. "But those from Japan can prepare for this. I hope they will make the most of the home advantage they have."

While Asada currently only supports athletes competing for Japan, he said he will consider accepting offers from sport bodies from other countries as well. He thinks foreign athletes will begin seeking advice once they understand the difficulty of tackling the weather in Tokyo after taking part in pre-Olympic test events. 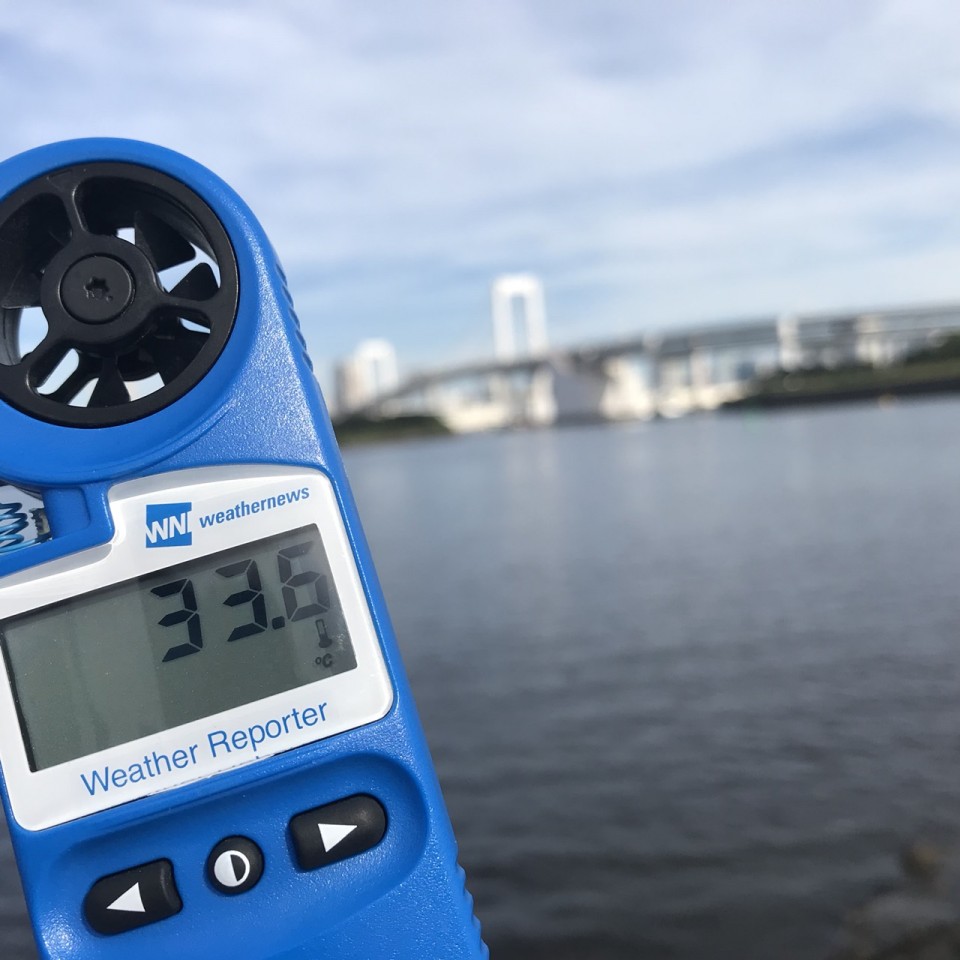 (Photo taken in July 2018 shows an instrument with the temperature at Odaiba Marine Park, the 2020 Olympic triathlon venue in Tokyo.) [Photo courtesy of Weathernews Inc.]

Asada, who is also a general manager at a university rugby team in Tokyo, said the athletes are not the only ones who need to be aware of the deadly heat. Spectators who will fill the venues and line the streets for events like the marathon and cycling road race are also at risk.

"The athletes will be in their best condition ahead of their competition, but the spectators may not come prepared for the heat," he said. "It's difficult because they may come with lack of sleep or having skipped their breakfast. These are all factors that lead to heatstroke."

While the capital hosted its first Summer Games in the much-cooler month of October in 1964, next year's competition featuring 33 sports and 339 events will run between July 24 and Aug. 9.

In a press conference held last July, the Japan Meteorological Agency explained the extraordinary heat as a "threat to life" and "a natural disaster."

More than 54,000 people were rushed to hospitals for suspected heatstroke and heat exhaustion across the nation in July last year, 4,430 of whom came from Tokyo, according to the Fire and Disaster Management Agency.

Following the extreme heat last year, the organizing committee switched the starting times of several outdoor events, so they will not coincide with the hottest times of the day.

The men's and women's marathons were pushed back one hour to 6 a.m. to mitigate the heat, while the men's 50-km race walk will commence at 5:30 a.m. 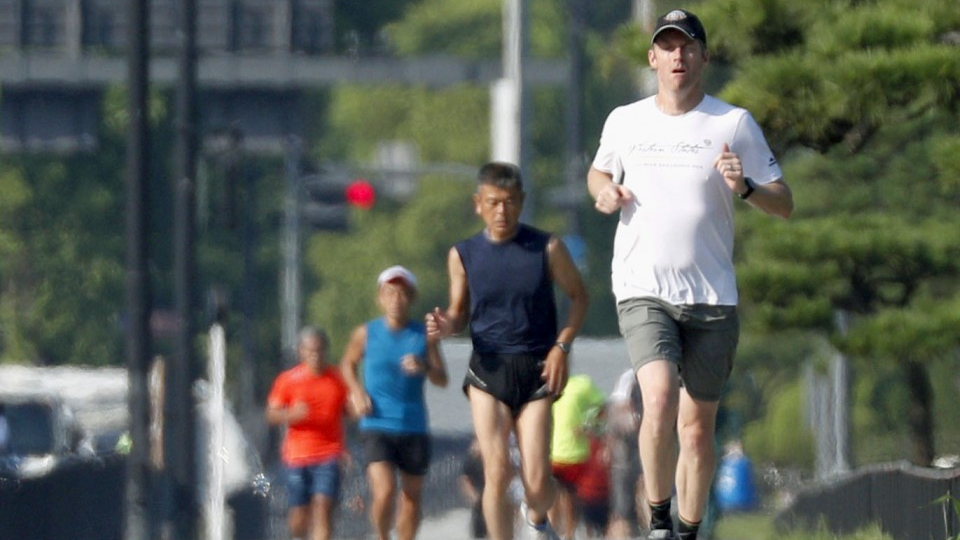 The organizers are set to provide information about weather conditions and safety precautions through the official mobile app.

They are also considering allowing spectators to bring their own bottled drinks into event venues, a departure from previous games at which sponsor and security considerations have made such a possibility a no-go.

"This is all aimed at making spectators feel as comfortable as possible, given they have come to see events in a very hot and humid environment," 2020 Tokyo Games delivery officer Hidemasa Nakamura said last month.

While he said that the countermeasures are still a work in progress, they will include a "specific focus on the elderly, children and international visitors."

The Tokyo metropolitan government is also speeding its efforts to tackle the heat. It has been installing special coating over 136 kilometers of roads in the city's center -- with reflective material that reduces the surface temperature.

It will also install tents, fans and mist sprayers near venues during the test events this summer, and examine its effect by taking surveys of spectators and measuring the temperature difference.

"We are still in the process of deciding our specific measures. We consider the test events an opportunity to let us know what works and where to put them," said an official in charge at the metropolitan government's Bureau of Environment.

Asada, however, said it is important for people in Japan to remain aware of the risk of the heat and other weather-related issues even after the Tokyo Games are over, as the country continues to experience rising temperatures.

"The Tokyo Games can start people thinking more seriously about the heat. In a way, it might be meaningful that the Olympics take place during the summer."