Taku Takahashi of m-flo on L.A., inspiration, and future of Japanese music

Even those who don’t know much about the Japanese music scene may still have heard of the iconic yet mysterious group m-flo, and the man behind it, Taku Takahashi, who has single-handedly changed the early Asian hip-hop scene.

A few weeks ahead of OTAQUEST LIVE in Los Angeles, KKS connected with the legend himself, and invited him to share with us some precious insights.

Once an L.A. local, Takahashi told us about his nostalgia for the city, and the excitement to be able to come back here and play.

Walking us through his versatile life as an artist, from recent releases back to the “Loves” era, Takahashi subtly elaborated on where his passion lies and what his vision pursues.  He has firm faith in the future of Japanese music and makes sure that he’s part of the force to push it forward.

KKS: Welcome to America! We know you have lived and studied briefly in L.A., and you guys performed here last year as well. Do you think the city has changed over these years? How do you feel coming back to L.A. again?

Taku: So I used to live in Eagle Rock in the ’90s, and oh boy, the city has changed so much. The renovation made the city so much cleaner, and there’s a whole bunch of new places to have fun. I love bars like Breakroom 86 as well as arcade spaces like Two Bit Circus. It’s a huge honor to be able to come back to where I used to live.

KKS: Your recent releases all have a very strong retro vibe. A lot of them remind me of the house music from the 80s. If you have to pick your favorite decade from music history, would it be the 80s?

Taku: From what I can tell, I’d guess my favorite era is probably the ‘90s. There was a lot of innovation in the fields of dance and electronic music, especially in Western culture. As for Japan, it was the early ‘00s that proved the most innovative. With that being said, I’m also seeing a bunch of innovation from newer artists in Japan today.

KKS: It’s been a year since LISA’s return. How has it been impacting your songwriting direction?

Taku: For any of our longtime m-flo fans, you’d know there’s two eras to the group. Those would be the “Lisa Era” and the “Loves Era”. Each vocalist we’ve worked with has shared their own style and characteristic. In terms of production, I can visualize what fits LISA and what doesn’t, much like the other vocalists I’ve worked with. The great thing with LISA though is she’s always gotta put her own “spin” on the music, often producing some pretty exciting results.

KKS: If you are to recommend one of your albums to someone who has never been exposed to club music, which album would it be?

Taku: When it comes to club music, “Square One” is the most of-the-genre in our discography; that one took the #1 spot on iTunes Japan, too. There were a lot of people in Japan that were thrown off when we did a club-oriented album, but these days we’re seeing positive comments all the time about tracks like, “All I Want Is You”.

What’s ironic here is that we don’t even make that sound anymore, we’ve moved forward. We’re always trying to make what feels right at the moment, we want to create something emotional with a little spin of weirdness.

KKS: A decade ago, m-flo released a series of “m-flo loves…” themed collaborations with renowned artists. Of all the artists you have collaborated with, which one left in you the deepest impression? Would you consider doing something similar to that in the future?

Taku: That answer’s simple -- Yoshika. I absolutely adore how she expresses her voice. She’s still doing some really cool things on the down-low via her Instagram, all of which sounds awesome.

KKS: All members have side projects outside of m-flo. Could you elaborate on whether your side work inspires m-flo, and if yes, in what way?

Taku: Totally! When I produce for various artists, or even anime soundtracks, my main focus is to bring confidence to those in charge. I want my work to make their vision shine in their eyes. I always ask what it is they’re trying to achieve, then I give them what I’ve got. It’s always a challenge, and it presents a lot of opportunities to do things I don’t usually do. Also, writing interlude scripts for NEWS (Johnny’s Entertainment) is always fun.

KKS: The Japanese pop music industry has significantly changed these years with girl groups and the idol culture they bring along dominating the market. The record sales number doesn’t seem to represent the quality of music anymore. What’s your opinion on this phenomenon?

Taku: I’m confident that the music industry is quickly catching onto the fact that schemes like this won’t function forever. There’s definitely a transition in how the Japanese music industry monetizes music at the moment. With that being the case, I’ve really got to give a shout out to a number of the emerging talent from Shibuya who are pioneering new and entrancing sounds.

KKS: LDH, as one of the few entertainment companies that have some bargaining power to share the market with the two industry tycoons, Johnny’s and AKS, seems to have more international vision than the two mentioned. How’s your experience so far working with LDH, and how would you compare LDH with other artist management agencies you’ve worked with in the past?

Taku: Absolutely. LDH is one of the few companies in Japan that are truly aware of the global market. EXILE Hiro, the founder of the company, is serious about being connected with fans from all across the globe. VERBAL is also working to connect different international artists to LDH, too. Honestly, this isn’t something you see in Japan. When it comes to electronic music, ASOBISYSTEM (Kyary Pamyu Pamyu, CAPSULE) and LDH may be the only ones pushing boundaries. 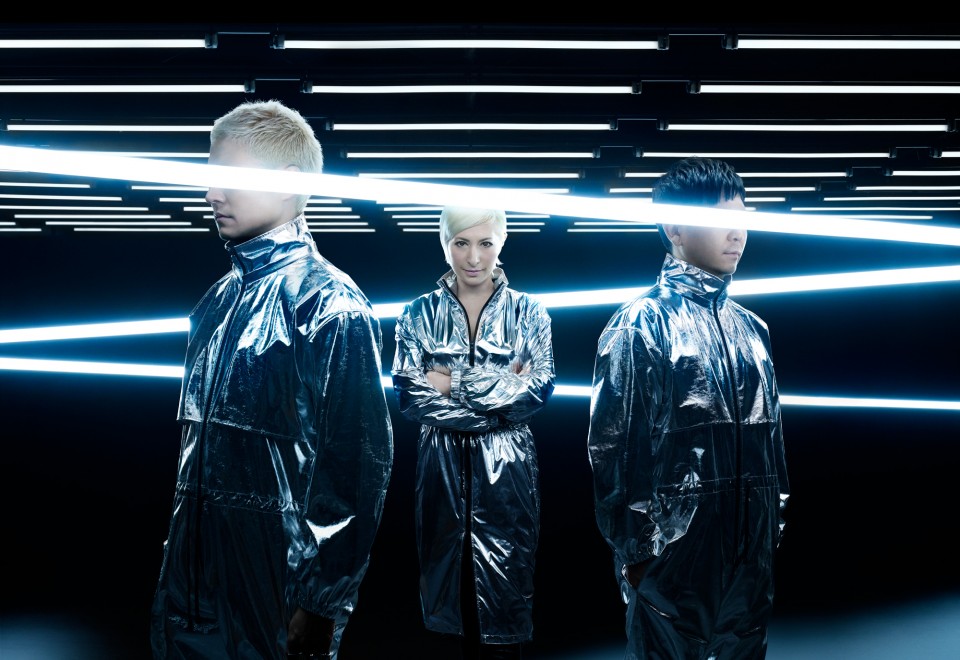 KKS: What is your next big plan? Would the American music market be part of that plan?

Taku: No doubt. We’re always grateful that there are people who listen to m-flo and my side projects. The reason why I actually started OTAQUEST was that I wanted the world to know about Japanese music and pop culture. That’s also where the OTAQUEST LIVE aspect of the project comes in too, it’s all about making America part of things. My intention is to create a space for everyone to come together and celebrate everything Japan’s music scene has to offer.

KKS: Our website is called “Kawaii, Kakkoii, Sugoi”. Can you tell us what you think are “kawaii,” “kakkoii,” and “sugoi” respectively?

Taku: Now that’s a tough one (laughs). As for “kawaii,” it’s something that I think Japan should be proud of. I think being able to introduce something new and exciting, that’s what embodies both “kakkoii” and “sugoi.” What you’ve been doing as media is exactly what you are.”