Two Japanese men arrested last month for trying to smuggle lizards out of Australia have each been sentenced to five months in prison, the Australian Border Force said Monday.

The men, identified by local media as Yusuke Imanishi, 52, and Daisuke Kobayashi, 28, were intercepted by customs officers at Perth Airport on June 5, at which time 13 bobtail lizards were found in Imanishi's luggage.

On Monday, the Perth Magistrates Court sentenced Imanishi to five months imprisonment after he pleaded guilty to one smuggling charge and one count of animal cruelty. The same sentence was handed down to Kobayashi on July 12.

Both sentences take effect from the time of their arrest and they must serve a minimum of two months behind bars, after which they will be removed from Australia. 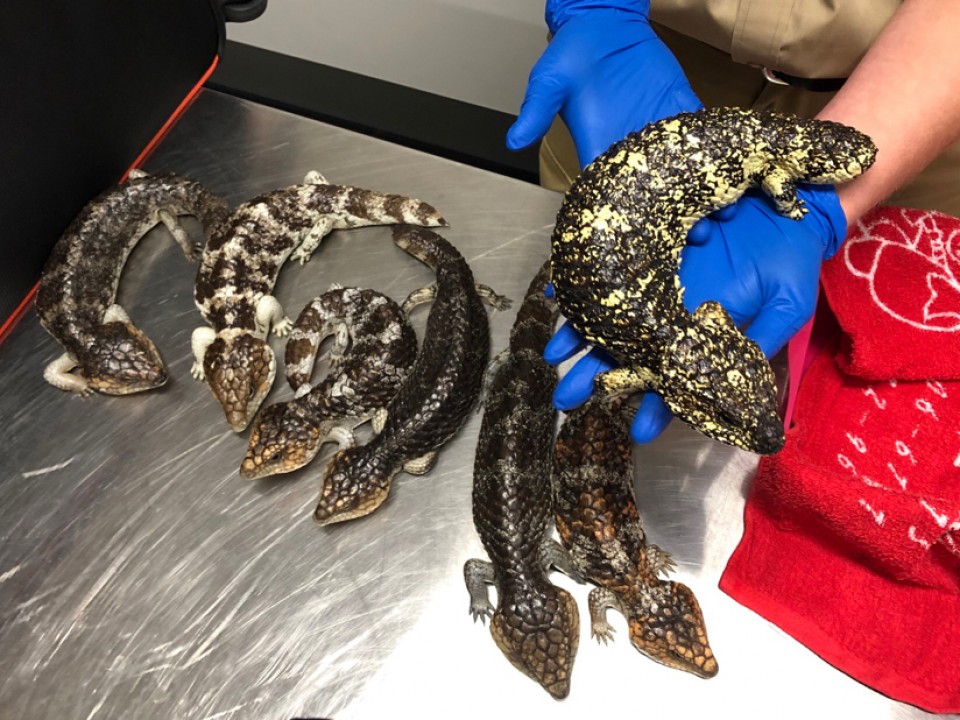 The ABF's statement said the older man served as the courier in the smuggling operation, while the younger one collected the bobtails, which can attract up to A$10,000 (US$6,906) each on the international black market.

The lizards were packed inside netted laundry bags, wrapped in towels and placed inside two plastic containers without food or water. Some have since died while others remain in poor health.

Several Japanese nationals have caught trying to smuggle lizards out of Australia in their luggage over the past year, including a 27-year-old Japanese woman who was arrested at Melbourne International Airport on April 23.

There have been numerous other cases dating back years.

Bobtails, also known as shinglebacks, are a slow-moving species of blue-tongued skink with a large, triangular head, a wide, heavily armored body, short legs, and a short, stumpy tail.