On Monday morning, the Nisshin Maru, a whale factory ship belonging to Kyodo Senpaku Co., and two other whalers left the port of Shimonoseki in the western Japan prefecture of Yamaguchi to hunt minke, sei and Bryde's whales offshore.

The fleet caught two minke whales and brought them back to Kushiro the same day. 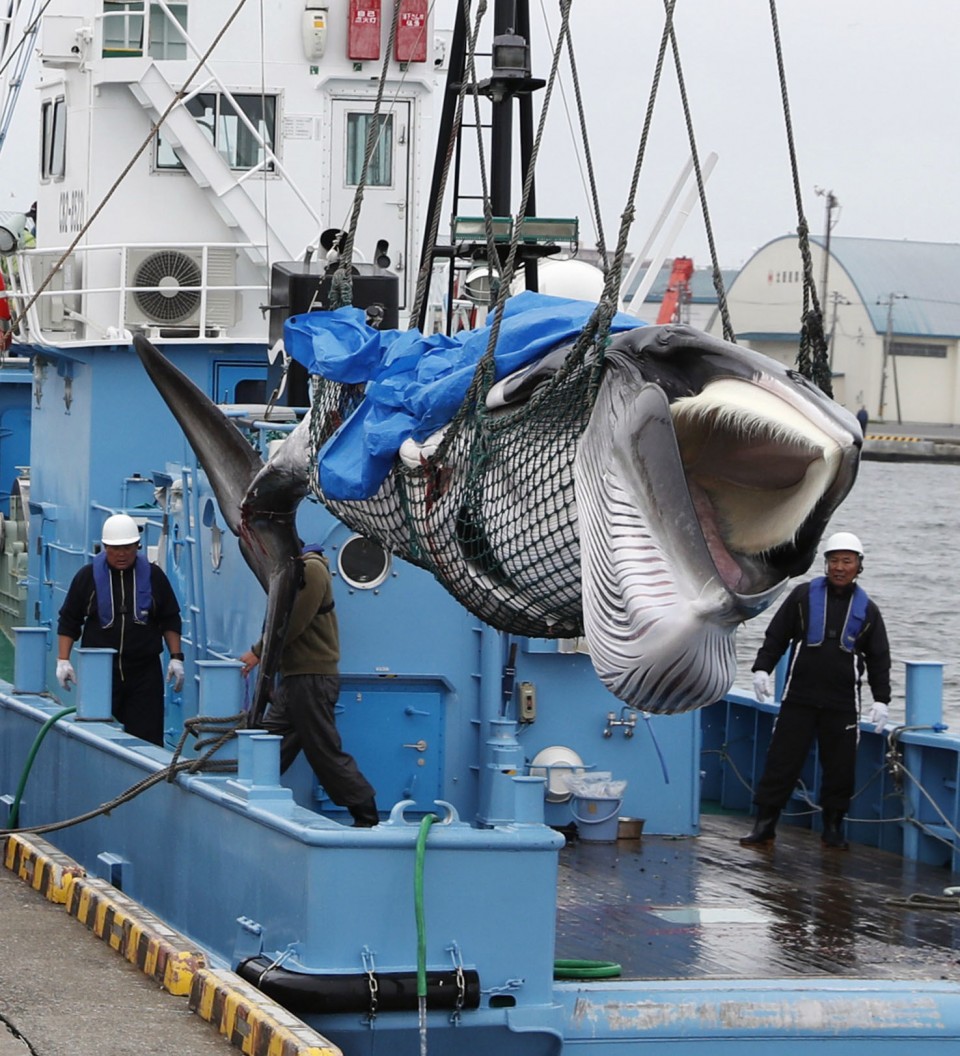 To prevent overhunting, the Fisheries Agency has set a quota of 227 whales for commercial whaling through late December with 52 minke, 150 Bryde's and 25 sei whales. The annual quota was set at 383 whales for 2020 and beyond.

----The agency said the quota was calculated on the basis that it would not adversely impact stocks even if Japan kept hunting the whales for 100 years.

"We hope it will get on track as quickly as possible, rejuvenate the community and lead to the handover of our country's rich whaling culture to the next generation," Nishimura said.

At a ceremony to mark the restart of commercial whaling held in Shimonoseki, attended by some 200 people, Agriculture, Forestry and Fisheries Minister Takamori Yoshikawa said, "From today, I'd like whalers to catch whales by observing the quota and aim for a revival of the whaling industry."

"We will endeavor to live up to the expectations of many people," said Masaomi Tsunekawa, head of the Nisshin Maru fleet.

In Kushiro, Takashi Takeuchi, 40-year-old captain of a whaling vessel from Taiji, Wakayama Prefecture, told reporters before leaving port that he "felt uneasy" about the outlook for commercial whaling in Japan, where whale meat consumption is at a fraction of past levels.

But he expressed hope that consumers will buy the whale meat from the animals he hunts.

The annual domestic consumption of whale meat was around 200,000 tons in the 1960s, but the figure has fallen to around 5,000 tons in recent years, according to government data.

The agency said Monday the annual whale meat supply from commercial whaling is expected to be lower than that from scientific whaling.

"Following the restart (of commercial whaling), I hope the younger generations will get accustomed to eating whale meat," Hideki Abe, a 22-year-old who is part of the crew of a whaling ship from Ishinomaki, Miyagi Prefecture, said in Kushiro.

"We have a long history of utilizing whales in our culture and life," said Shigeto Hase, head of the Fisheries Agency, in a separate ceremony attended by some 100 people in Kushiro. "I hope this will be carried on by the next generation."

"I could not be happier," said Yoshifumi Kai, head of the Japan Small-Type Whaling Association. "I hope we can co-exist forever alongside whales."

In contrast, the Australian Marine Conservation Society criticized the move, describing the whaling industry as "dying" and "outdated and cruel". 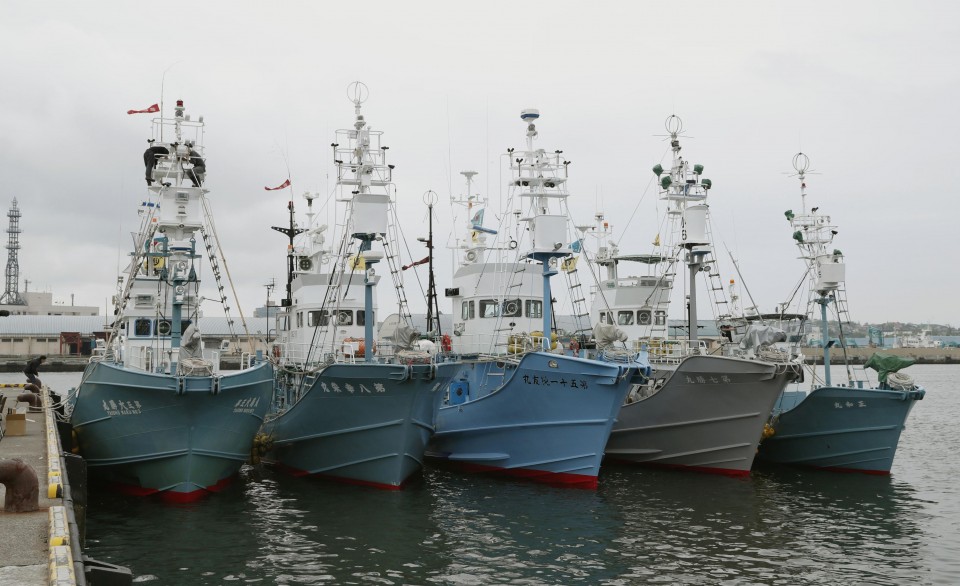 The Sea Shepherd, a marine conservation organization whose activists have clashed on the seas with Japanese whalers, said in a statement that Japan's withdrawal from the IWC and resumption of commercial whaling was "an arrogant disregard" of international conservation law.

The activist organization also indicated it would continue to fight against whaling nations on a global scale and called on the Japanese to join their cause.

The IWC was founded in 1948 and Japan joined it in 1951. It was originally composed of whaling nations, but increasing memberships of anti-whaling countries led the IWC to adopt a moratorium on commercial whaling in 1982.

Japan has long sought to lift the moratorium and finally withdrew from the IWC on Sunday after the organization last September voted down its proposal to resume commercial whaling of species considered abundant such as minke whales.

It was the first time the country had left a major international organization in its postwar history.

Japan says it will hunt whales in nearby waters and within its exclusive economic zone but not in the Antarctic Ocean, where the country carried out its so-called research whaling.

Japan started such whaling in the Antarctic and northwest Pacific oceans in 1987 and in 1994, respectively, although it became a target of international opprobrium.

Although scientific whaling is recognized by the International Convention for the Regulation of Whaling, meat was sold domestically, fueling international condemnation that commercial whaling was being conducted under the guise of science.

Nevertheless, Japan continued its research, gathering data it believed would be useful for determining quotas when it reverted to commercial whaling at a future point.