With just about two months to go before the Rugby World Cup kicks off in Japan for the first time, excitement is in the air in Higashiosaka, where the holy land of Japanese rugby -- Hanazono Rugby Stadium -- is located.

Here is a collection of pictures captured recently by Kyodo News photographers in the western Japan city: 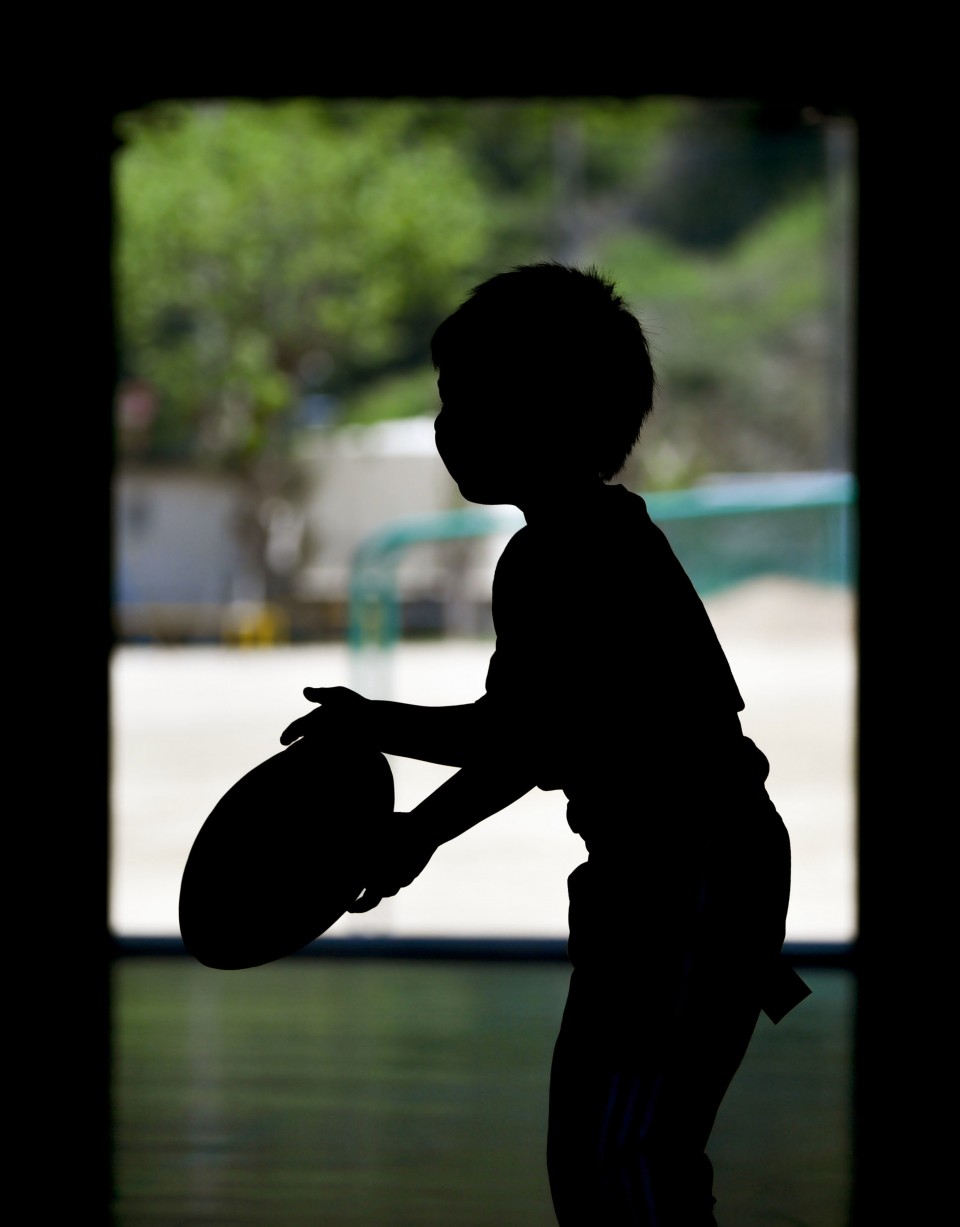 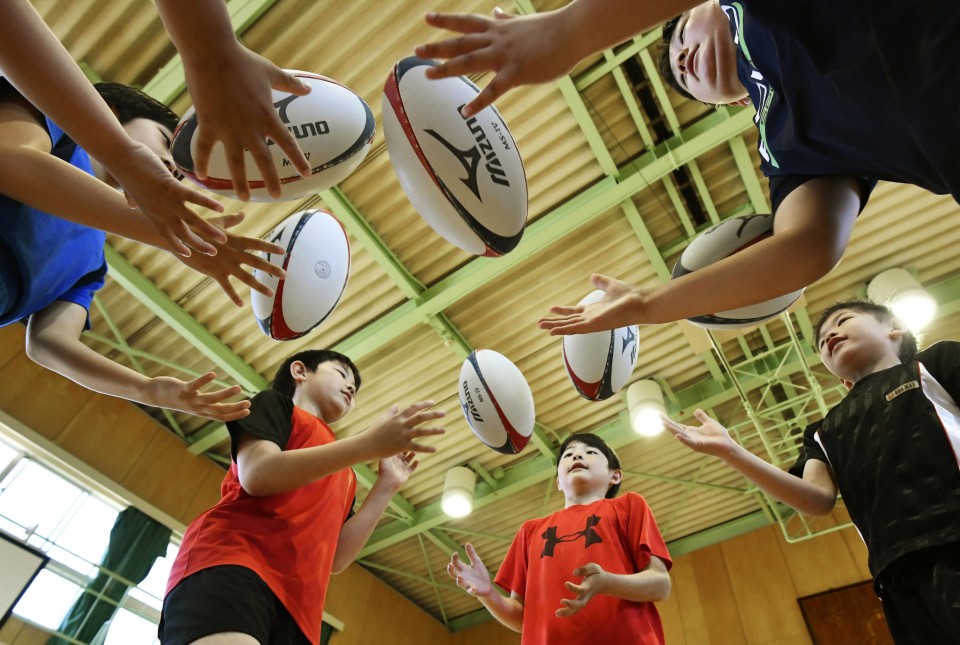 (Elementary school pupils in Higashiosaka practice tag rugby -- a non-contact variant of the sport in which defenders attempt to snatch a velcro tab from a ball carrier's belt, in place of tugging and dragging them to the ground in a tackle) 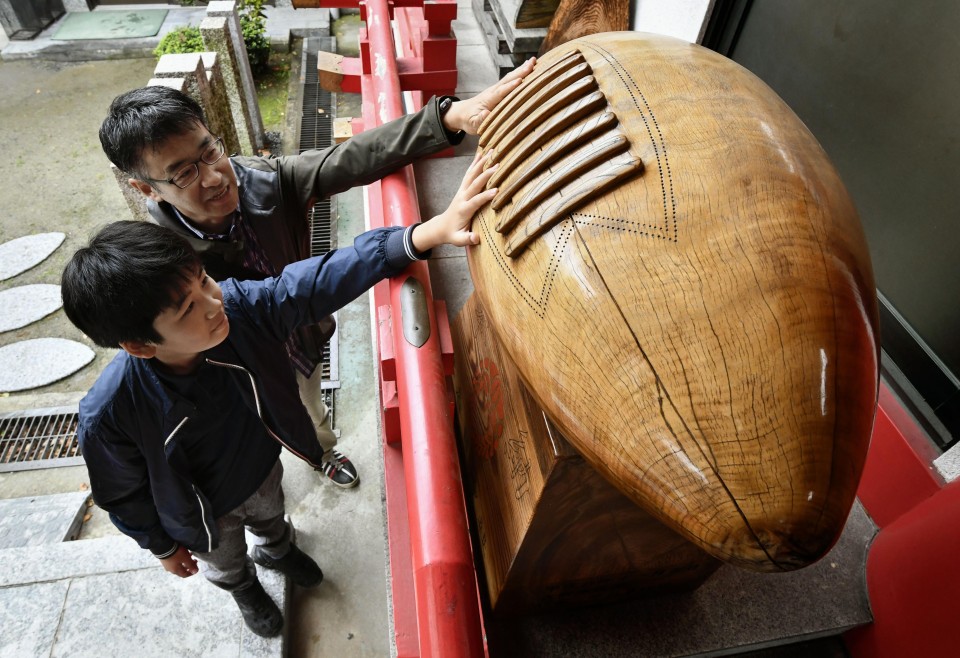 (Visitors at Yoshidakasuga Shrine, nicknamed "Rugby Shrine" due to its proximity to Hanazono stadium, touch a big wooden rugby ball to pray for victory) 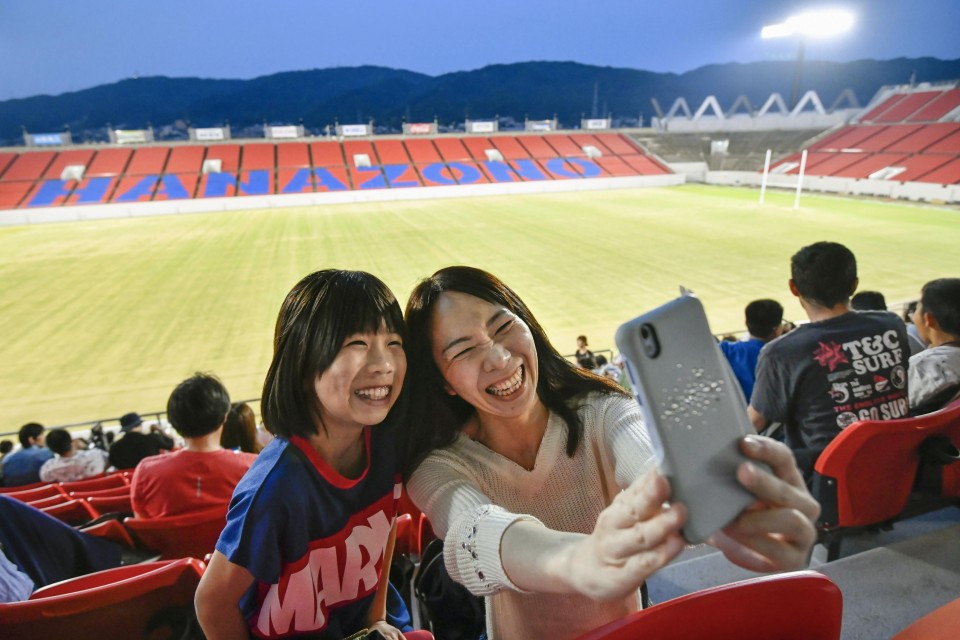 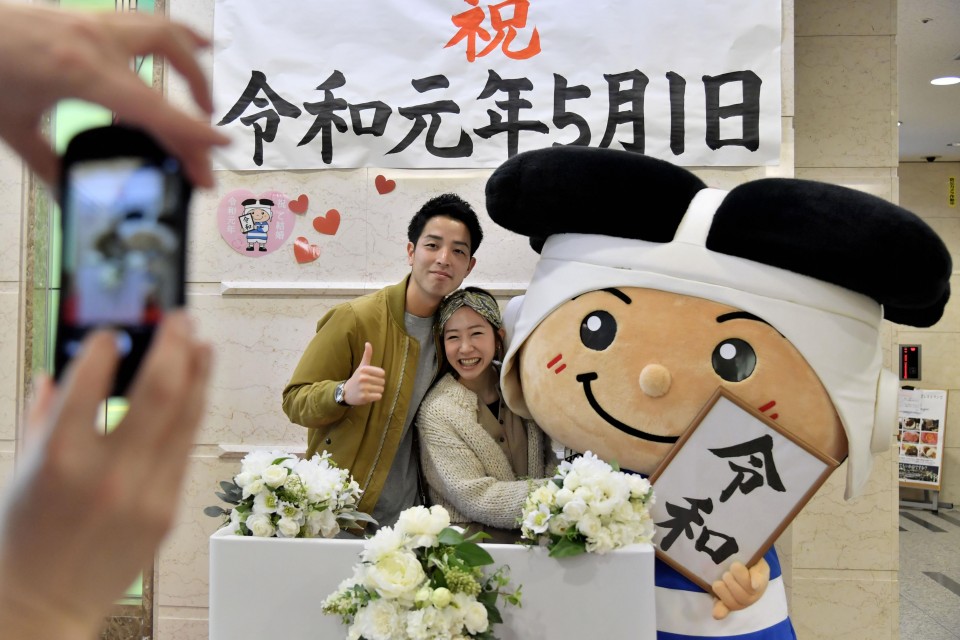 (Higashiosaka mascot "Try-kun," known for its love of rugby, poses for photos with a couple who submitted their marriage registration at the city hall on May 1, 2019, the first day of the Reiwa imperial era in Japan) 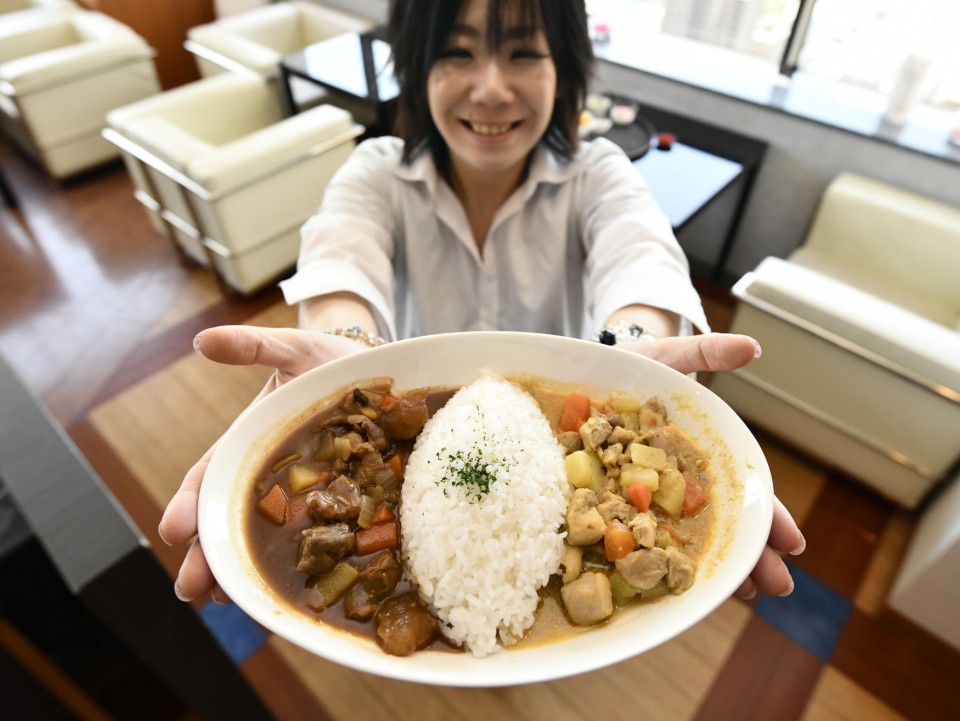 (Rugby-inspired curry dish at a local restaurant features rice in the shape of a rugby ball, surrounded by two kinds of curry sauce) 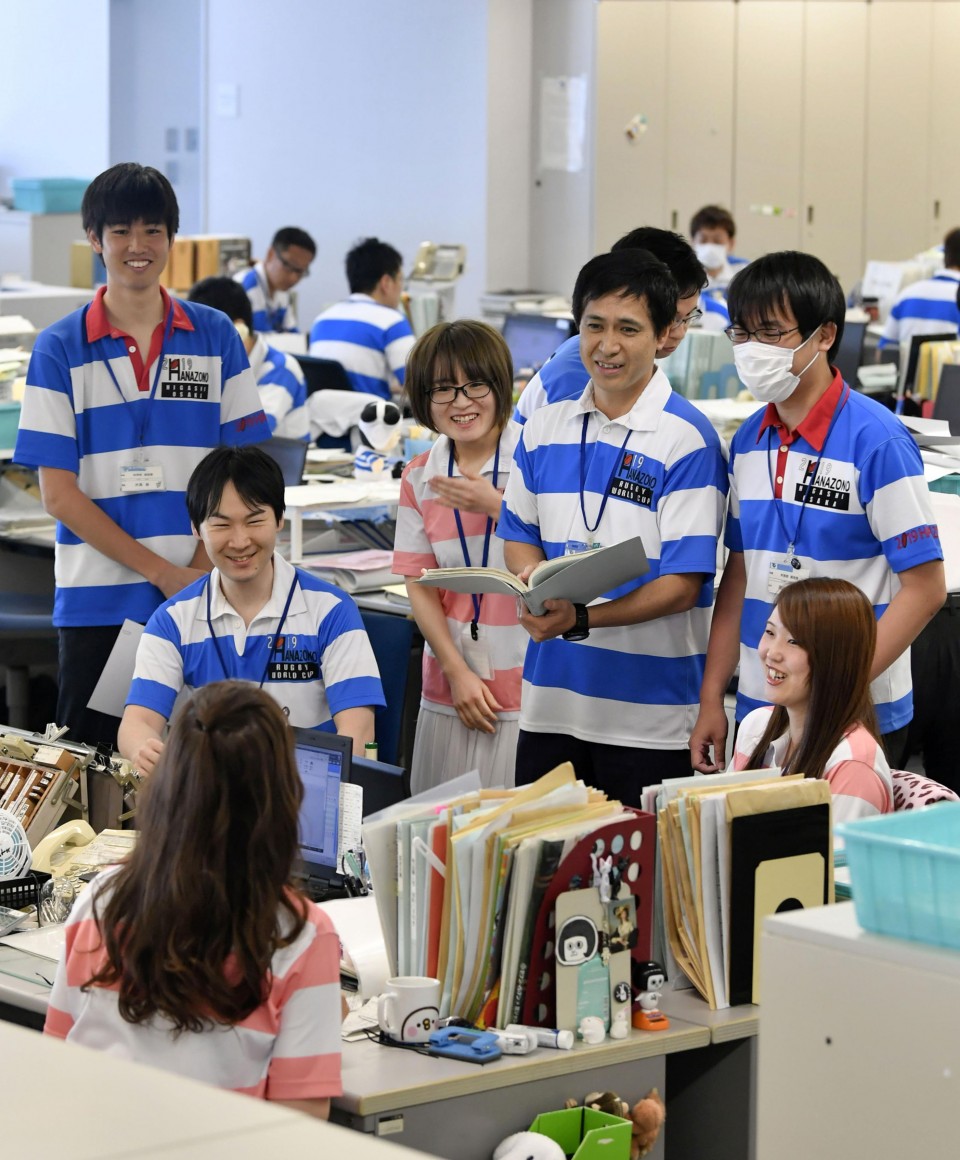