The top U.S. diplomat for East Asia said Saturday that the form of Washington's alliance with Japan will "change constantly" amid altering regional security situations.

"Alliance relationships are not static," David Stilwell, the U.S. assistant secretary of state for East Asian and Pacific affairs, told a press conference at the U.S. military's Misawa Air Base in the northeastern Japan prefecture of Aomori, when asked about his views on recent remarks by U.S. President Donald Trump that the U.S.-Japan alliance is unequal. 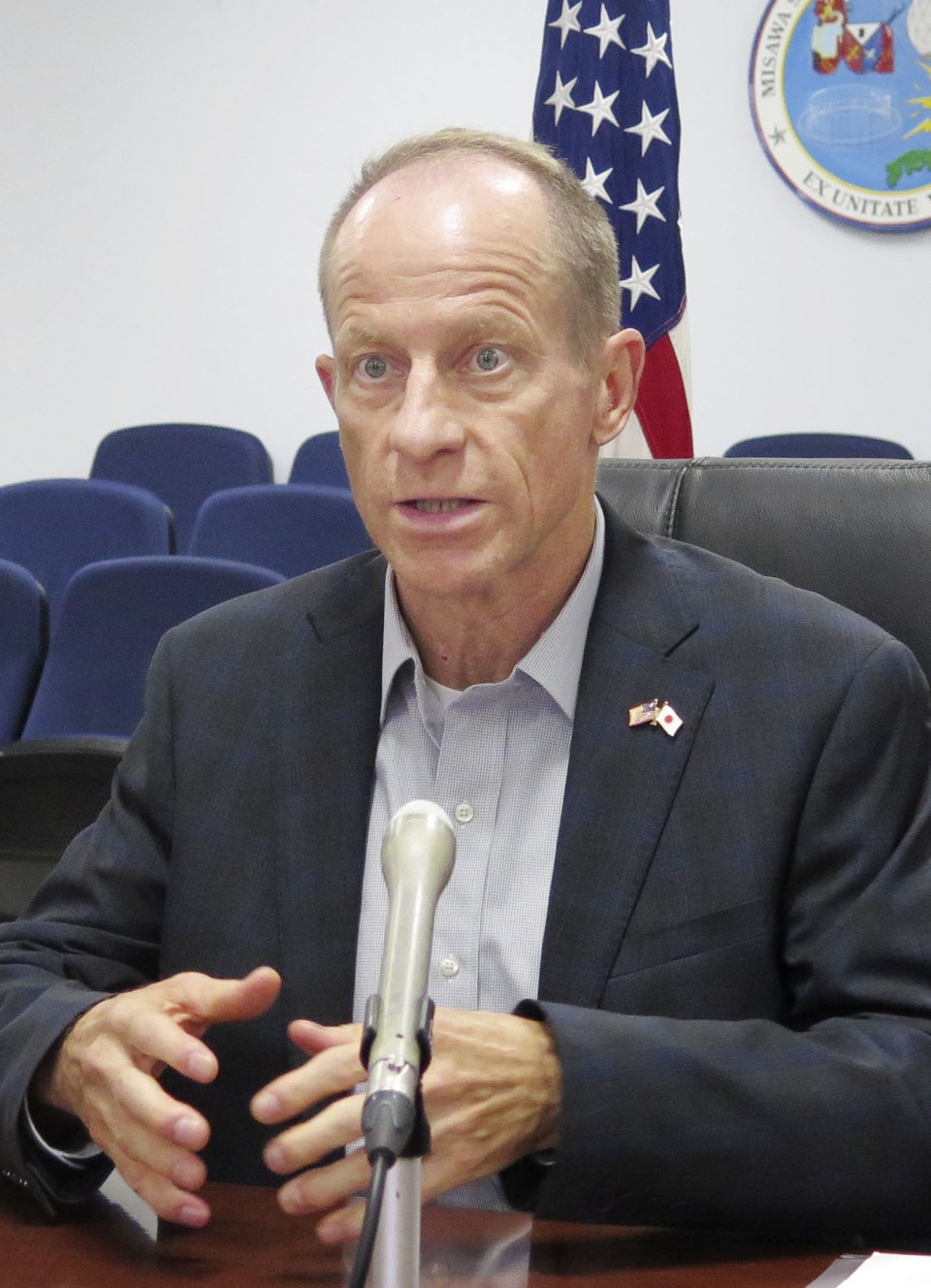 Stilwell said the relationship "will need to adapt" to new threats, citing security issues in "the South China Sea, Indo-Pacific and even in the Middle East," in a veiled reference to China's growing clout in the field of maritime security and increasing U.S.-Iran tensions.

"Compared to when I was here in the 90s, we have a more significant rising power in the region," Stilwell, a retired Air Force brigadier general, said. He had been stationed for six years in total at the Misawa base, including two years as commander of the 35th Fighter Wing.

Trump has expressed frustration over what he perceives to be an "unfair" bilateral security treaty with Japan, saying it should be changed, though he denied he would scrap it.

Stilwell is on his first overseas trip since assuming his post on June 20 and is slated to depart Sunday for the Philippines, South Korea and Thailand.

On Friday, he met with top Japanese Foreign Ministry officials in Tokyo. They agreed to work together for a free and open Indo-Pacific region and toward the denuclearization of North Korea, but did not raise Trump's recent comments on the bilateral alliance, according to the Japanese ministry.