Prime Minister Shinzo Abe's Liberal Democratic Party and its coalition ally Komeito are on track to secure another solid victory in the July 21 upper house poll, with a Kyodo News survey showing Friday that they will secure half of the 124 seats up for grabs.

The election may provide a fresh impetus for Abe's drive to amend the postwar Constitution, as the ruling parties and like-minded opposition forces are also seen to be within reach of a two-thirds majority in the 245-member upper chamber, needed to realize the move.

Japanese voters are expected to give a verdict on more than six years of Abe's government since 2012. The looming consumption tax hike in October and the sustainability of the nation's pension system are among the key issues debated among the candidates.

According to the telephone survey conducted Thursday and Friday as well as an analysis of information gathered by Kyodo News, the LDP and Komeito are expected to gain more than 63 seats, or a majority of the 124 seats contested, and stand a good chance of reaching 77.

Abe has set a less ambitious goal, saying he will call it a victory if the ruling parties can win a simple majority in the upper chamber, including the 70 uncontested seats. That goal can be attained by securing 53 contested seats in the upcoming election.

To attain a combined two-thirds majority, the ruling parties and other pro-constitutional amendment forces, such as the Japan Innovation Party, will need to win at least 85 seats in the election.

Kyodo News has previously reported that 86 seats will be needed for the ruling parties and others to reach the threshold, but an independent lawmaker whose seat is not being contested this time made clear that she will support constitutional amendment if necessary.

Amending the Constitution requires two-thirds majorities in both houses, and simple-majority support in a national referendum. The ruling coalition holds a two-thirds majority in the House of Representatives, but has needed opposition support to reach that threshold in the upper house. 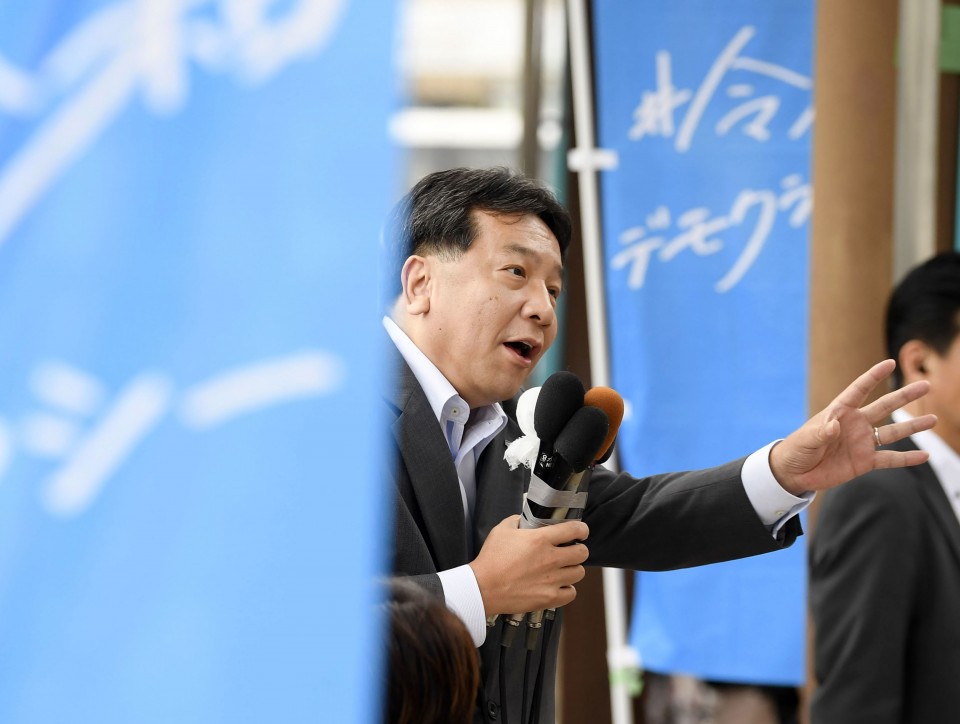 Opposition parties have fielded so-called unified candidates in the election to face off more effectively with the LDP without splitting the anti-ruling party votes.

In many of the country's 32 single-seat constituencies, LDP candidates are projected to take a lead over their rivals from the opposition camp, including the largest opposition Constitutional Democratic Party of Japan, according to the Kyodo News poll.

The CDPJ is expected to increase the total number of seats in the upper chamber to around 35 by securing some 20 contested seats.

Another major opposition, the Democratic Party for the People, meanwhile, may not be able to retain its pre-election strength, as it is only expected to win five of the contested seats.

Komeito, which is backed by major lay-Buddhist organization Soka Gakkai, is expected to grab around 14, the same as the previous election in 2016, according to the survey.

The survey covered 38,777 randomly selected households with eligible voters via random-digit dialing and received responses from 30,581 people. Many of the respondents, however, said they have not yet decided which candidate or party they will vote for, leaving uncertainties in the projections.

The number of seats in the upper chamber will increase to 245 from the current 242 in the upcoming election, as part of the country's ongoing electoral reform. A total of 124 seats will be contested on July 21 -- 121 for half of the upper house members whose six-year term expires on July 28 and the three added through the reform.

From July 2022, the total number of the seats in the chamber will become 248.