Grand champion Kakuryu survived a slight scare Tuesday to claim his 10th straight win of the Nagoya Grand Sumo Tournament, while Hakuho bounced back from his first loss of the 15-day meet to stay a win behind his fellow yokozuna.

Kakuryu dodged a bullet against No. 4 maegashira Ichinojo (6-4), who the previous day had earned an eighth kimboshi prize for defeating Hakuho and breaking his run of 23 straight wins.

Ichinojo turned Kakuryu around at the edge of the ring and looked primed to shove his fellow Mongolian out, but Kakuryu used the momentum to swing Ichinojo back towards danger and drive him out sideways.

Kakuryu will take on former ozeki Kotoshogiku (5-5) on Day 11 in his attempt to win a sixth top-division championship. 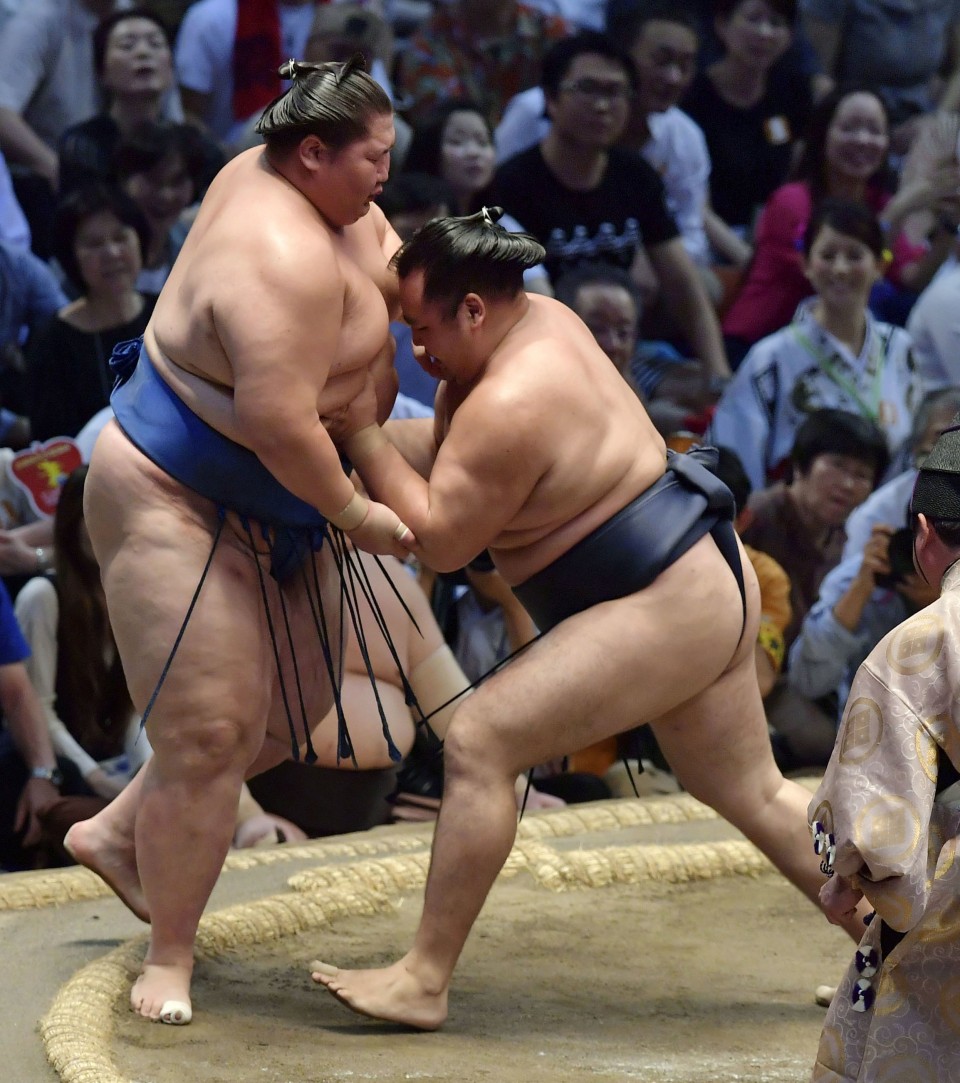 In the final bout of Day 10, Hakuho (9-1) needed just two slaps to vanquish Tamawashi (1-9) -- one to the sekiwake's face to knock him off balance and one to the shoulder to send him flying off the dohyo.

Hakuho next faces ozeki Takayasu (8-2), who rebounded from his second loss of the tournament with a win over No. 4 Meisei (2-8) in their first career match-up.

Fighting with an ominously wrapped left arm, the last ozeki standing at Dolphins Arena quickly turned the tables on Meisei and pushed him over the straw while apparently avoiding further injury.

No. 3 Daieisho (5-5) rallied to beat Mitakeumi (6-4) and record his first victory over the sekiwake in six attempts. Mitakeumi went for a couple of pull-downs while keeping Daieisho on the ropes, but the maegashira revved his engine and sent the sekiwake out with a flurry of thrusts. 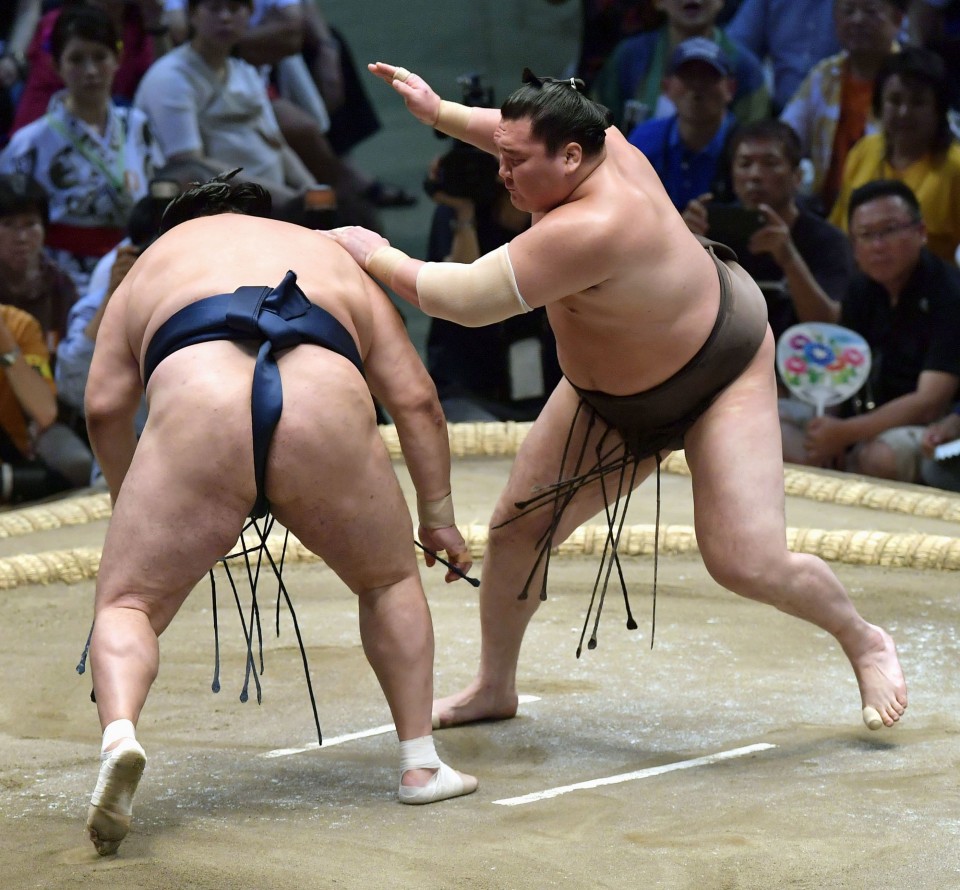 Hokutofuji (7-3) held out against komusubi Ryuden (3-7) to even their top-division rivalry at three bouts apiece. Ryuden rallied against Hokutofuji's initial charge but could not find the right-handed grip he was searching for, allowing the No. 1 maegashira to drive him out.

Abi (5-5) took down May's champion, No. 1 Asanoyama (4-6), to claim his third straight win. The komusubi delivered two quick thrusts, pivoted and pulled down Asanoyama's arms as the maegashira doubled down on an ill-fated charge. The wrestlers are also tied at 3-3 across six match-ups.

Among the rank-and-file wrestlers, No. 7 Tomokaze, No. 7 Myogiryu and No. 16 Terutsuyoshi all improved to 8-2 and remain two wins off the pace.