Yuki Hanyu won't put a time frame on it, but believes the day will come when the world's burgeoning population will be able to eat its fill of meat -- and all without a single animal being slaughtered.

It was with this bold vision that Hanyu, 34, co-founder and CEO of startup IntegriCulture Inc., quit his job as a corporate researcher five years ago to join the ranks of entrepreneurs around the world seeking to tackle the still formidable challenge of moving synthetic meat from the lab to the dinner table. 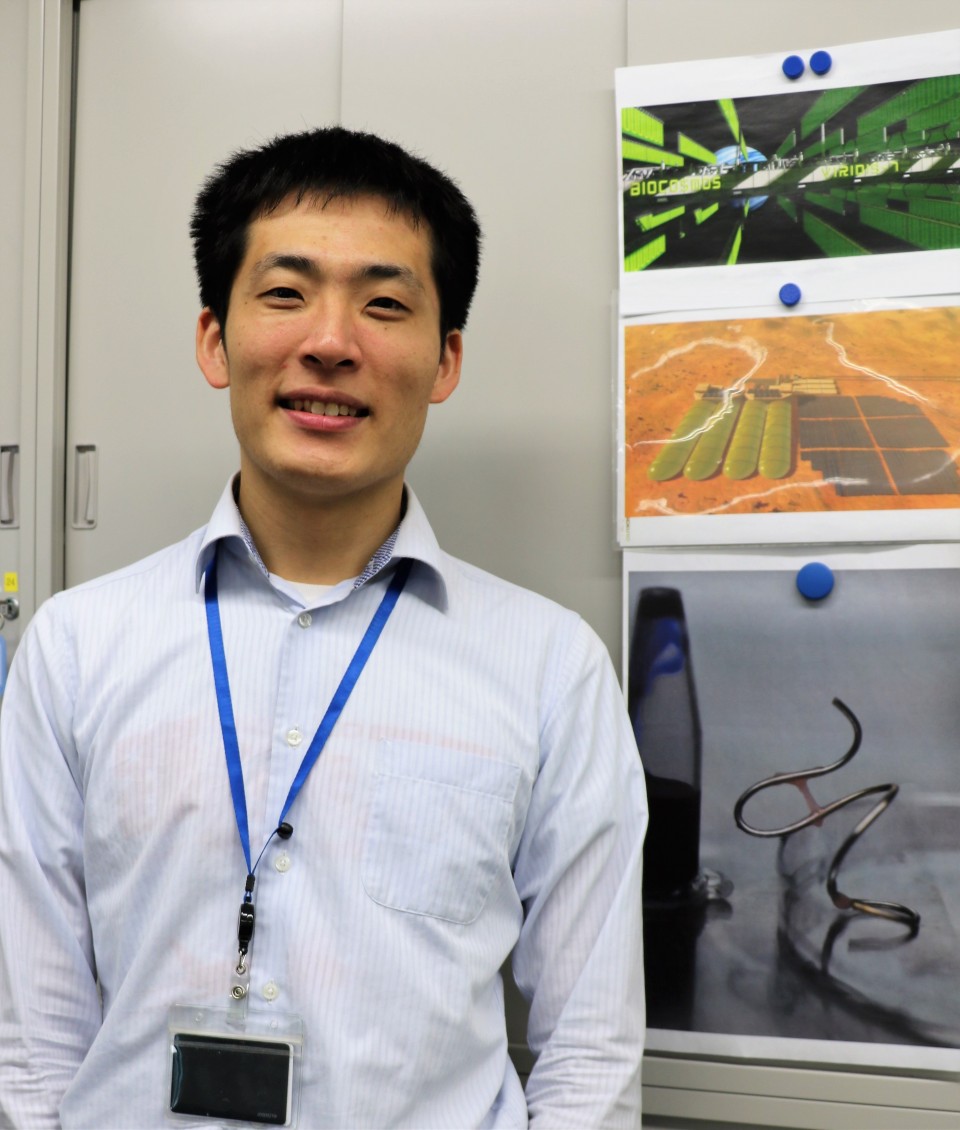 "Cultured meat has been appearing in a lot of sci-fi animation series, but it doesn't exist in our daily lives. So I thought I would take (the challenge) on," said Hanyu, who has a doctorate in chemistry from Britain's Oxford University.

With both a growing and developing world population, the demand for meat is expected to continue to rise globally, creating a challenge for supply.

But while this trend has already spurred interest in "pseudo meats" made from plants and, as a protein alternative, even dishes made from insects, Hanyu is looking for ways to make it practical to mass-produce "cultured meat," which is grown from cells in a lab but still far too costly for the average consumer.

The global consumption of beef in 2028 is estimated to amount to 72.5 million tons, up 17 percent from the average figure for the 2015-2018 period, according to a report released by the Agriculture, Forestry and Fisheries Ministry's Policy Research Institute in March. Pork consumption is predicted to reach 130.8 million tons and chicken 116.1 million tons, up by 16 percent and 24 percent, respectively.

After obtaining his doctorate from Oxford, Hanyu worked as a researcher at Tohoku University in northeastern Japan and then Japanese electronics maker Toshiba Corp.'s Corporate Research and Development Center before co-founding his company with a colleague in Tokyo in 2015.

Its doors opened for business just two years after a "lab-grown" hamburger with a 140-gram cultured beef patty developed by a Dutch researcher attracted worldwide attention when it was served at a tasting event held in London. The headlines partly focused on the fact that it cost some 250,000 pounds (33.9 million yen) to produce.

"Originally, growth factors are made by organs inside the body, so we tried to 'reproduce' the internal system in which organs make growth hormones and cells interact with each other," said Hanyu. 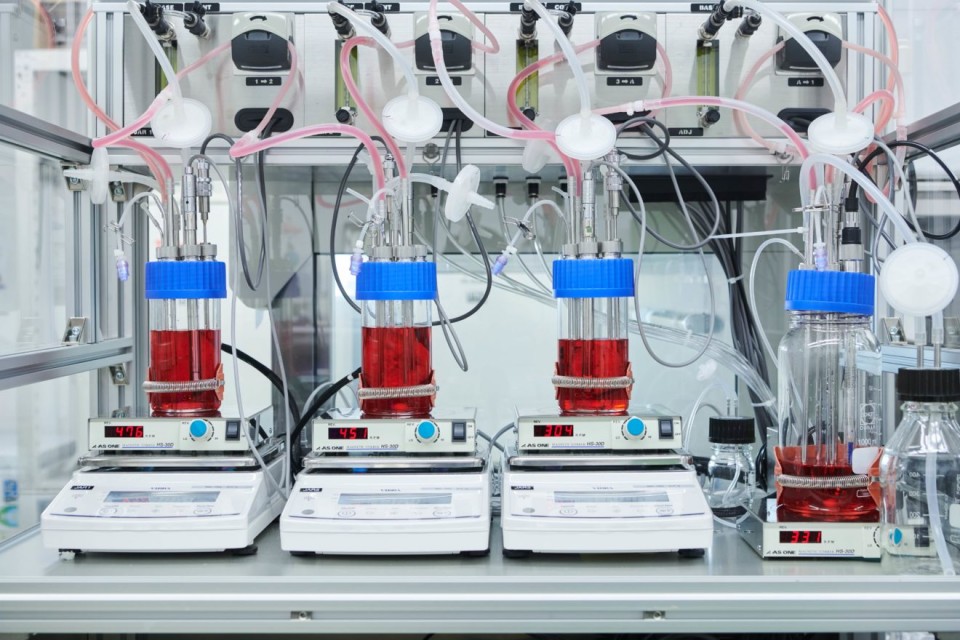 "For example, we make a pseudo liver by culturing liver cells in a tank, then connect them with other 'organs' through 'blood vessels,' namely, tubes."

Since being installed at the company's office last November, the laboratory-scale system, which has already been patented, has undergone repeated trial runs.

But while Hanyu believes the cost of producing 1 kilogram of cultured meat can be reduced to as little as 200 yen in theory, the firm's process still costs about 20,000 to 200,000 yen per kilogram, depending on the type of cells used.

"I have no idea when we will realize this, but the key is how we will be able to increase the system in size and improve its efficiency."

Another major issue facing the realization of his dream is the "unmeat-like" appearance and lack of texture of the cultured meat that can be achieved with current technology. Hanyu admits that it is "no more than a mass of cells, or meat paste."

In cooperation with a research team from Tokyo Women's Medical University, the company has begun a study to determine how to create fiber or intramuscular fat inside cultured meat.

Hanyu believes that global expectations for the establishment of mass production methods for cultured meat are high, not only from the viewpoint of food shortage issues but also environmental conservation.

On a calorific basis, over a third of all farm products in the world are consumed as livestock feed, and more than 80 percent of all croplands in the world are used for the livestock industry in one way or another, according to reports written by European and American researchers which IntegriCulture cites.

"The impact made by eating meat on the global environment is huge," said Hanyu.

The company believes it is technologically possible to produce any kind of meat including pork, chicken and even fish, and has set a goal of selling "cultured foie gras" to restaurants by 2021 and putting it on the consumer market by 2023.

Hanyu's company is far from alone in its ambitions in Japan or the world at large. In March, for instance, Nissin Foods Holdings Co., a Japanese instant noodle maker known for its signature product Cup Noodle, announced that it had succeeded in creating a diced steak, about 1 cubic centimeter in volume, from cow muscle cells.

But Hanyu has an even bigger dream, which is to see his synthetic products one day being made and consumed in outer space.

Many believe that if human life is ever to become sustainable on other planets, it will be essential to come up with methods to supply some foods on the spot. The focus among experts in some countries has been on the potential of cultured plants or algae.

Hanyu said, however, that cultured plants are an "imperfect source" of protein, let alone a basis for a "satisfying" diet.

His company, he said, is already working with Tokyo Women's Medical University and the Japan Aerospace Exploration Agency, or JAXA, on a project to cultivate animal cells together with algae.