Darvish, himself a nationally famous former high school pitching star, spoke at Milwaukee's Miller Park about the controversy surrounding one high school holding back its best pitcher on Thursday, when it lost a chance to reach Japan's prestigious national summer finals.

In Iwate Prefecture's tournament final, Ofunato High School's manager Yohei Kokubo benched flame-throwing senior Roki Sasaki after he threw 129 pitches the day before. Kokubo has been criticized by some for putting one pitcher's health ahead of the team's desire to win. Without Sasaki, who threw one pitch at 160 kilometers (99.4 miles) per hour in his 194-pitch game on Sunday, Ofunato lost its final 12-2, ending the school's summer campaign.

"In my opinion, those people who say things like asking why he (Sasaki) didn't pitch are not giving a single thought to the kids," Darvish said. 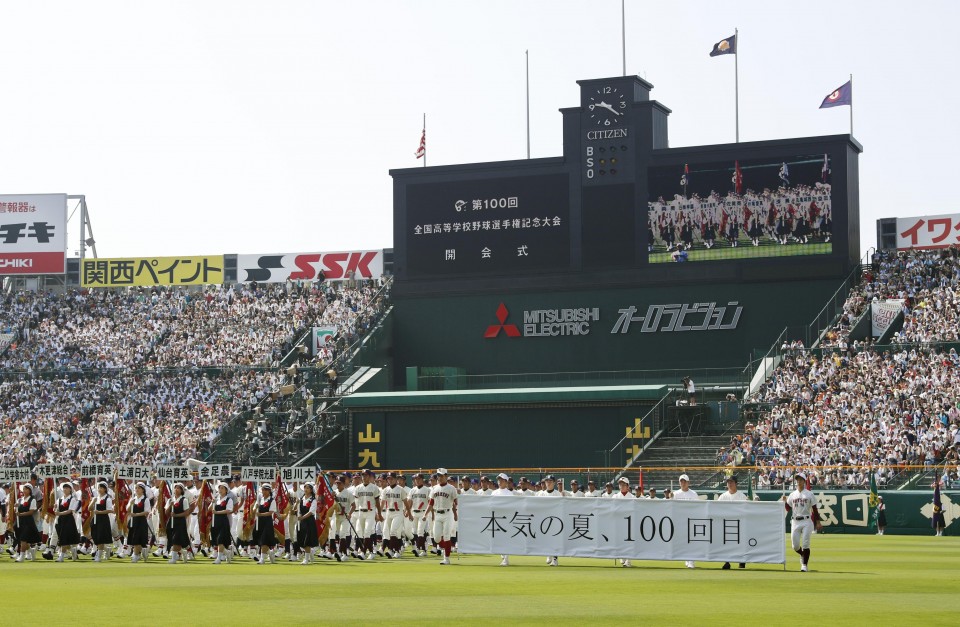 "For a pitcher who is in the national spotlight as much as he is, it was a courageous stand to protect his future."

Darvish echoed the sentiments of current critics who seek reform in amateur baseball, where the numbers of young players are dwindling. This year, the National High School Baseball Federation was pressured into commissioning a panel of experts to study rule changes to protect players -- particularly pitchers.

The panel is expected to investigate the concrete steps of mandating pitchers' rest days and pitch limits in September.

"It should be natural that authorities enforce pitch limits and take steps to counter things like heatstroke," Darvish said. "But these things have not been done, and that is the problem."