A record-breaking Japanese female free diver died Monday following an accident last week, having fallen from her apartment in the southern island prefecture of Okinawa, according to police and her family.

Sayuri Kinoshita, 30, was rushed to hospital early Thursday morning following an emergency call from a neighbor who found her unconscious in a parking lot below her apartment in Yomitan. She was placed on life support and pronounced dead four days later, according to the police and her sister Sanae.

The police believe there was no foul play based on investigations at the scene, but said they still do not know why she fell. 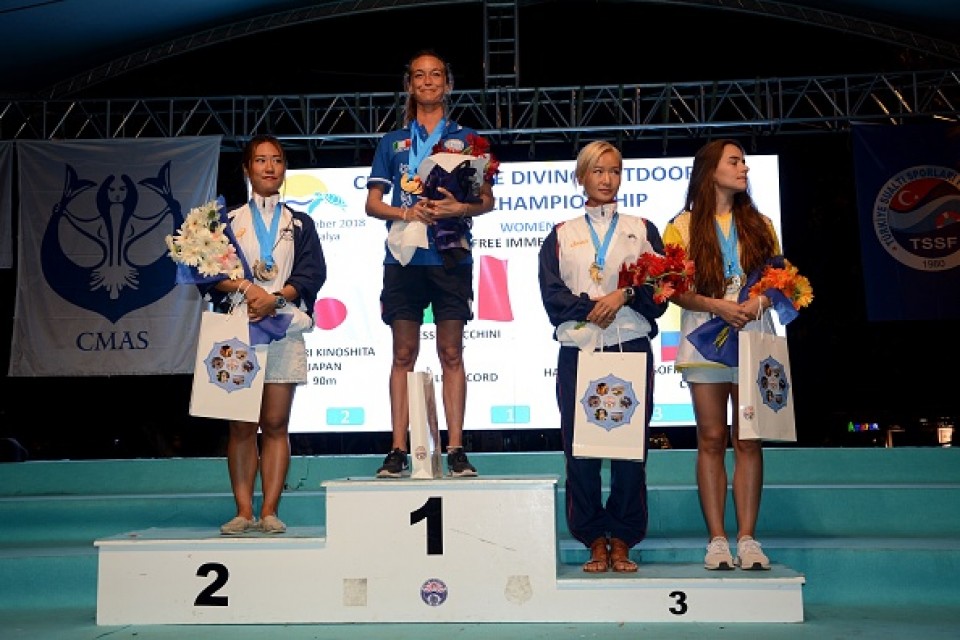 Kinoshita, a native of Omura in the southwestern Japan prefecture of Nagasaki, successfully dived to a depth of 72 meters in April 2016 in an international competition held in Dahab, Egypt, breaking the women's world record of freediving without fins, according to the website of the Japan Apnea Society.

"The injuries she sustained were too extensive to survive," elder sister Sanae said in an English message posted Tuesday on Kinoshita's Facebook account.

"Despite this, her body was so strong that she kept fighting another four days before her heart finally gave up on Japan's National (holiday of) Ocean Day, the 15th of July," she added.