A Maritime Self-Defense Force minesweeper and a cargo ship collided around midnight Wednesday in the Seto Inland Sea off the coast of Hiroshima Prefecture, but no injuries were reported, according to the Japan Coast Guard. 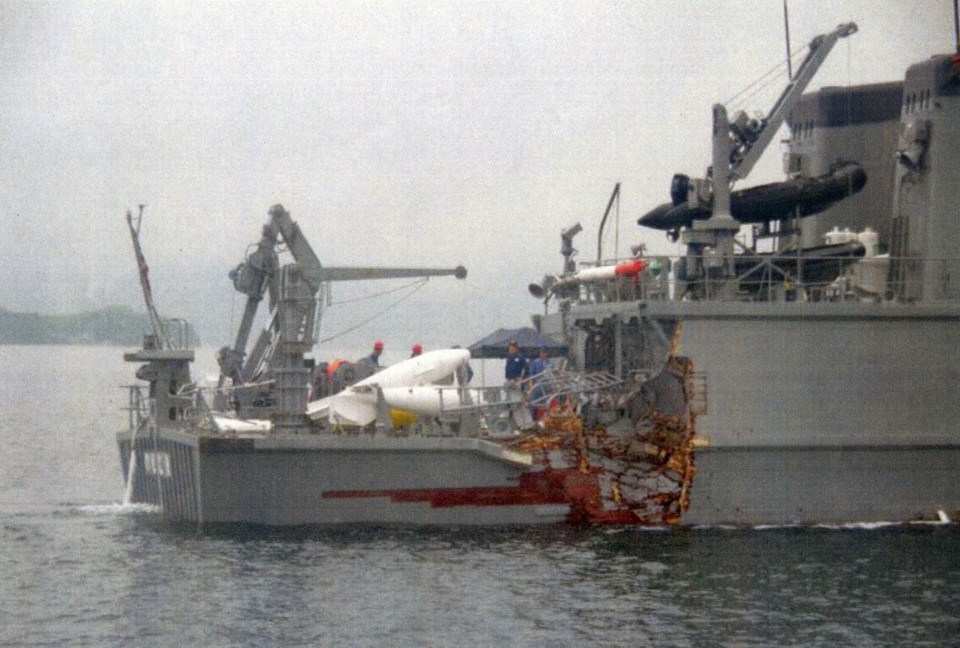 The rear-right end of Notojima and the front-left side of the cargo ship came into contact. The minesweeper is currently being towed by the MSDF to a shipyard on Innoshima Island, Hiroshima, as it lost navigational control, the office said.

Notojima belongs to the 44th Mine Warfare Force based in Maizuru city in Kyoto. The minesweeper was heading toward an MSDF base in Hiroshima's Kure city, while the freightless cargo ship was sailing to Fukuyama city, also in Hiroshima, from Kitakyushu in Fukuoka Prefecture.

It was cloudy at the time of the accident, but there was clear visibility, and the waters were calm, the coast guard said.