Street sports gaining ground in Japan ahead of Olympic debuts

While the X-Games and the International Extreme Sports Festival, known as FISE, have showcased extreme and street sports worldwide since the mid-1990s, team sports, tennis and traditional Olympic sports like wrestling, gymnastics and swimming remain the most popular in Japan. 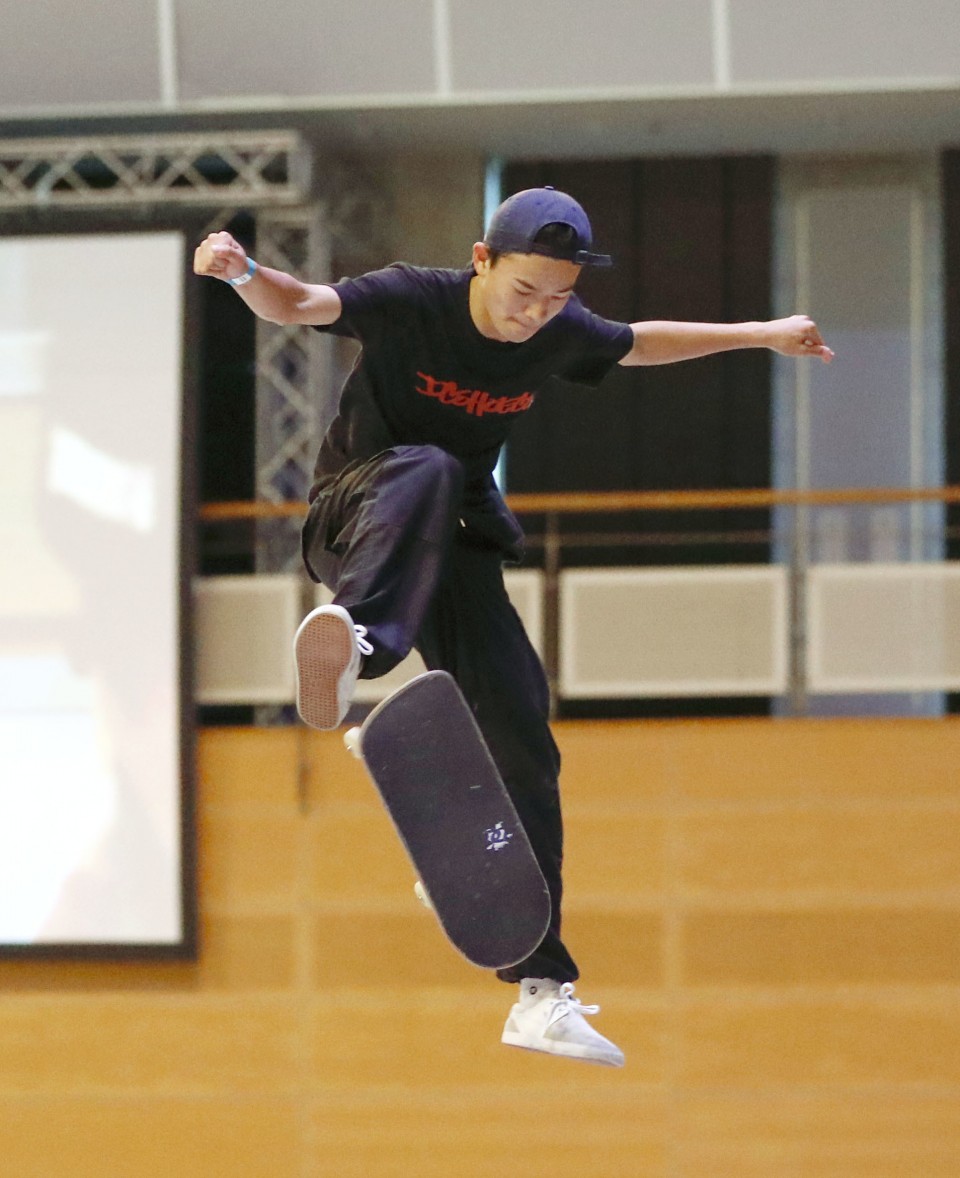 (Sora Shirai attempts a trick during the skateboarding competition at the Ark League on April 29, 2019.)

But alongside the inclusion of several new-generation sports on the 2020 Olympic program, more and more "urban" competitions are being held across the country, revealing a growing interest in what are generally considered young people's sports and bringing new opportunities for the next era of Japanese athletes.

And since these events can be hosted with minimal infrastructure outlay, with competitions requiring just the small, flat spaces found in any city, they can be held as part of local festivals in parks or other urban areas, making them cheap and attractive to cities looking to jump on the extreme sports bandwagon.

The Ark League was formed in 2017 from a merger of Flat Ark -- a BMX Flatland World Circuit competition started in Kobe in 2013 -- and Skate Ark, which was created shortly after skateboarding was given the tick as a new Olympic sport for the 2020 Games. Break Ark debuted this year as the festival's third offering.

Flat Ark was organized by 36-year-old Yohei Uchino, a legend in his native Kobe and in BMX circles around the world. Uchino, the BMX Flatland World Circuit champion for three years running from 2012 to 2014, set out to create "a contest for the riders, by the riders" in order to establish "an environment where riders can put on their best performance."

The way Uchino explains it, "From the scoring system to the waiting room to the air conditioning, everything is administered completely from the athlete's point of view. That way they can show off their real ability."

Top athletes from Japan and some of the sports' biggest names from across the world were invited to the April 27-29 Ark League in Samukawa.

Japanese 17-year-old Sora Shirai stood out, dominating the skateboard street competition and getting a boost of confidence ahead of May's Street League World Tour stop in London where he finished seventh, Japan's best result on the men's side.

Larger scale festival-style multi-discipline competitions -- like ESPN's X-Games and the France-born FISE, held in Hiroshima for the first time last year -- have enjoyed worldwide success, with the increased profile demonstrating the sports' promise to the International Olympic Committee which is looking to attract a younger audience.

As a result, skateboarding, freestyle BMX and 3x3 basketball were all added to the 2020 Summer Games program, while Paris 2024 organizers made headlines earlier this year by floating the possible inclusion of breakdancing. 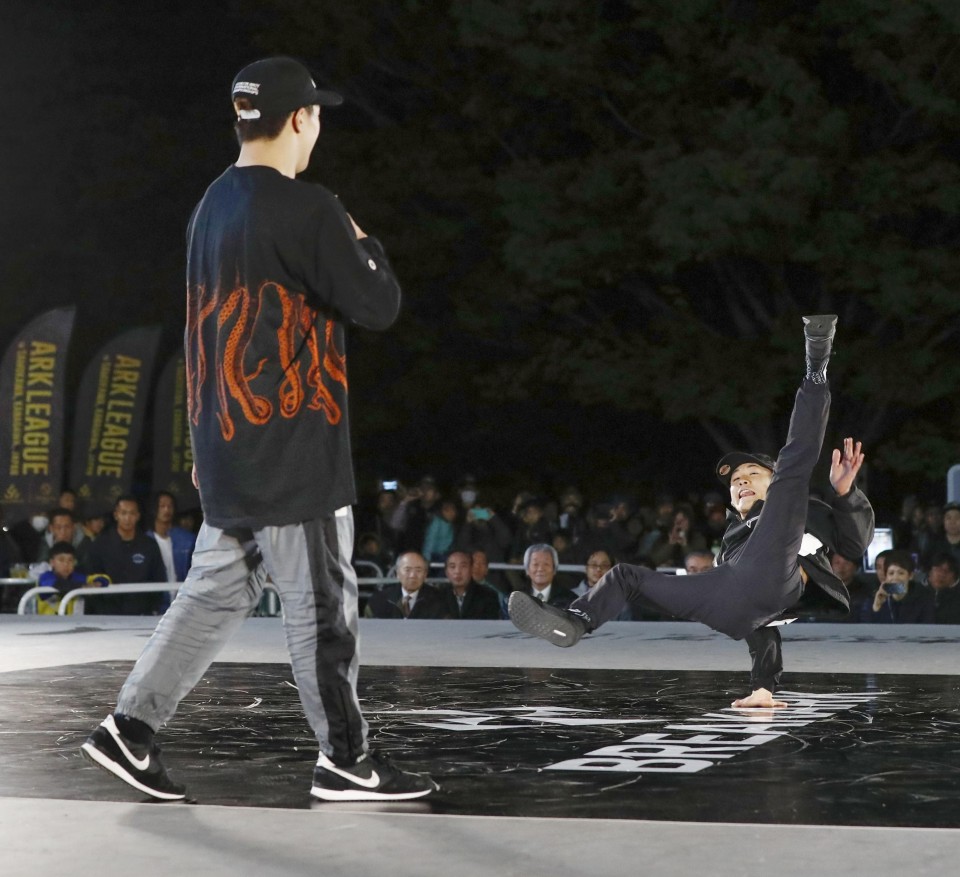 (Shigeyuki Nakarai, right, performs in the breakdancing competition at the Ark League.)

Nakarai, who goes by the name Shigekix, has quickly become one of the faces of the new breed of sports in Japan, along with fellow teen breaker Ramu "Ram" Kawai, the first b-girl champion at the Youth Olympic Games last October.

The 17-year-old Nakarai, who is aiming to land on the Olympic podium should breakdancing feature in Paris in 2024, said that "Japan's (competitive) environment has improved" with events like the FISE World Series, allowing him the opportunity to hone his craft alongside some of the world's best. 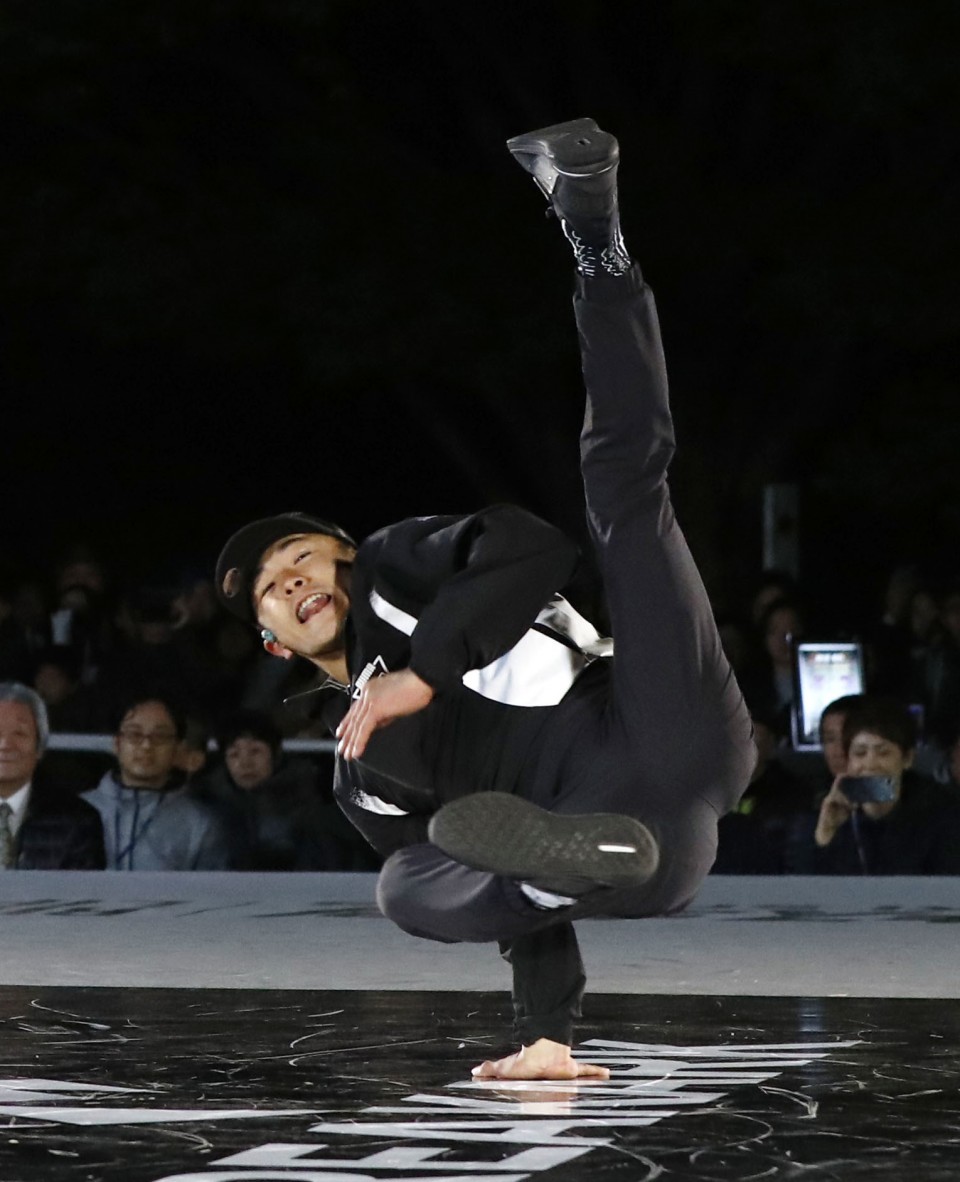 And while athletes enjoy the benefits of international competition, small cities and towns are also hoping to cash in on the events' global reach as a way to revitalize their stagnant economies.

Akira Hara, the policy chief of Samukawa's Department of Planning, lamented that the town, just 50 kilometers southwest of central Tokyo, finds it difficult to stand out despite boasting the largest population of all the towns and villages in the Kanto region.

"It would be good to raise our profile, but it was tough with nothing to offer besides the Samukawa-jinja Shrine," Hara said. 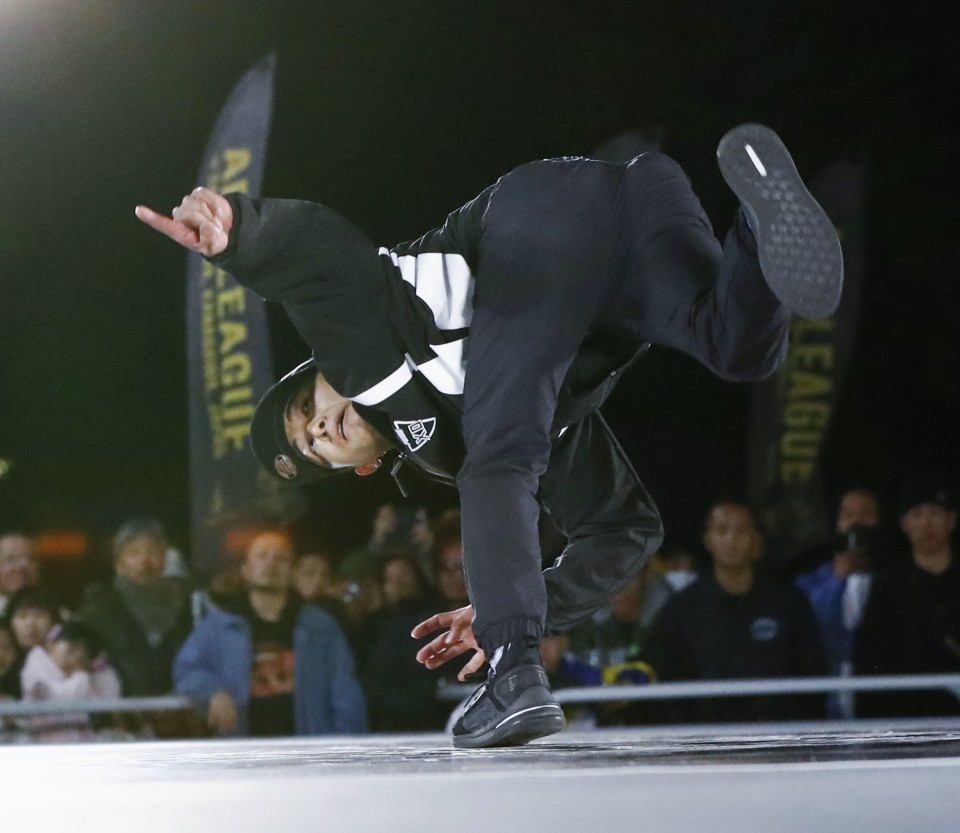 After deciding a sports tournament might be the answer to the town's struggles, Hara said planners zeroed in on street sports since with "soccer and baseball, we couldn't differentiate ourselves from neighboring municipalities."

April's Ark League event was a success, attracting 25,000 people over three days. Hara said that by hanging banners around town, excitement built among locals and led to a bigger turnout, while the chairman of the event's executive committee, Akira Kato, said the success provided motivation and impetus to put on similar events in the future.