Driverless trains back on track in Yokohama -- with drivers

Automated trains in Yokohama resumed service Tuesday -- but with drivers in control -- three days after one of them reversed into a buffer and injured 14 passengers, the line operator said.

Yokohama Seaside Line Co. suspended services after the accident at Shin-Sugita Station, at around 8:15 p.m. on Saturday. The train traveled the wrong way for about 25 meters and hit the buffer shortly after departing.

The company has not determined the cause of the accident at the terminus station on the 11-kilometer line, but indicated there had been a problem with the vehicle's electrical system.

Driverless services will resume "after the company investigates the cause of the accident and takes measures to prevent a recurrence," transport minister Keiichi Ishii told reporters.

The operating company conducted test runs with drivers on trains, excluding the one involved in the accident, and confirmed they are safe to run in such circumstances.

It said the number of trains running is around 60 percent of usual, while acceleration on departure has been slowed. 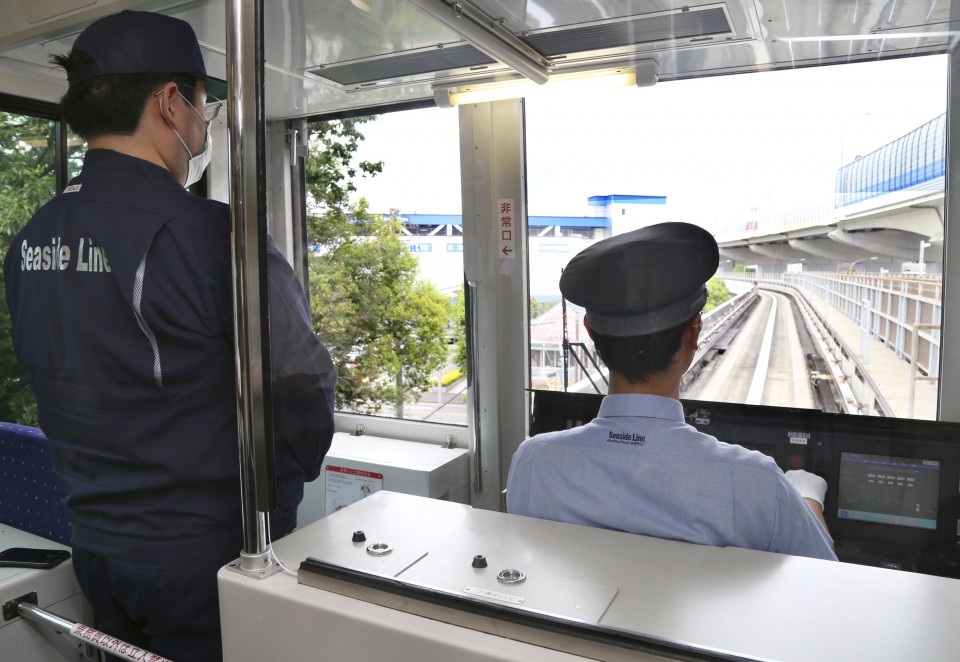 "We need to restart train operations as early as possible, as there is a limit to substituting services by buses," said Yokohama Seaside Line President Akihiko Mikami at a news conference prior to the resumption of the service.

The company said it had found no problem in the line's operating system, and that this was the first accident since opening in 1989.

Japan has seven driverless train lines. In October 1993, an automated train in Osaka malfunctioned and injured more than 200 passengers, which transport safety investigators blamed on a system glitch.

Ishii said the ministry had instructed other driverless train line operators to check operations at their terminus stations.