An Osaka-based "idol group" made up of women whose average age is 66 has released a rap-style music video in English to welcome the Group of 20 summit that starts in the western Japan city next week.

The video of "Oba Funk Osaka," uploaded on YouTube, shows the "obachan" dancing through the streets and singing that the locals are "the funniest people in the world."

Obachan is the Japanese word for an older woman and Osaka obachan are noted for being loud, witty, talkative and friendly. In the video they play on this stereotype, down to offering candy that they always carry with them.

"Up to now, we moved like we were undergoing rehab. But this time we nailed it," said Eiko Funai, a 71-year-old who along with other members of the group performed in the kind of tiger-patterned outfit that Osaka women of a certain age are said to favor. 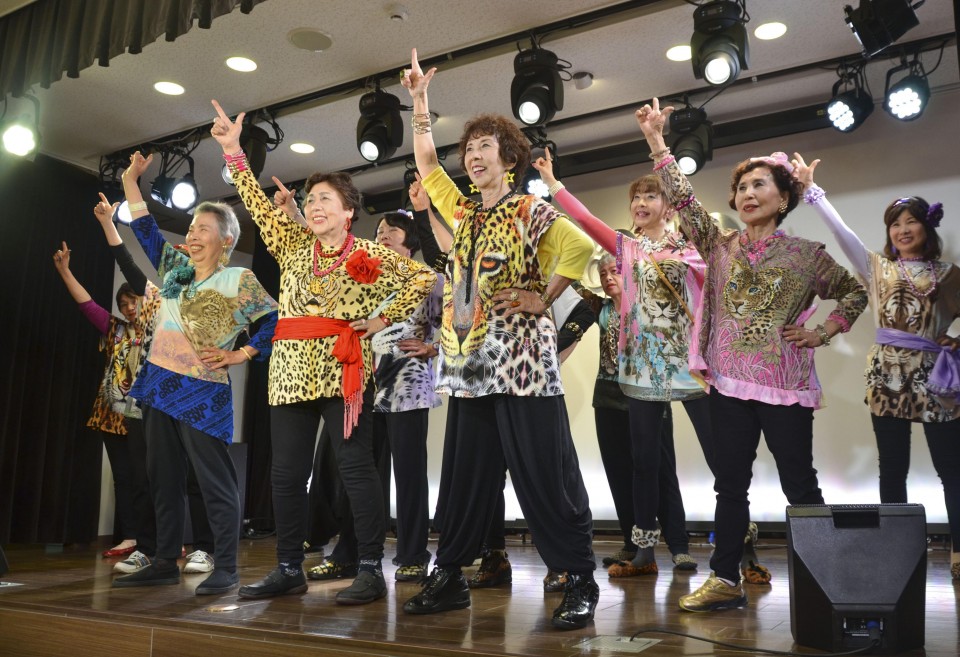 "We hope that people all over the world get energized after watching the video," she said of the music with a James Brown-like intro and lyrics including lines such as "Let's talk! Let's dance! Here is Osaka wonderful city!"

The release of the video by the group, Obachaaan, formed in 2011, which now has seven regular members, came ahead of the G-20 summit to be hosted by Japan for the first time on June 28 and 29.