The United States military released a surveillance video that it asserts is proof that Iran attacked two oil tankers near the Strait of Hormuz on Thursday, hours after its secretary of state blamed Tehran for the incident.

The black-and-white footage purportedly shows an Iranian Islamic Revolutionary Guard Corps patrol boat approach Kokuka Courageous, which had earlier suffered an explosion, and a dozen crew members removing an unexploded limpet mine from the tanker, according to the U.S. Central Command. 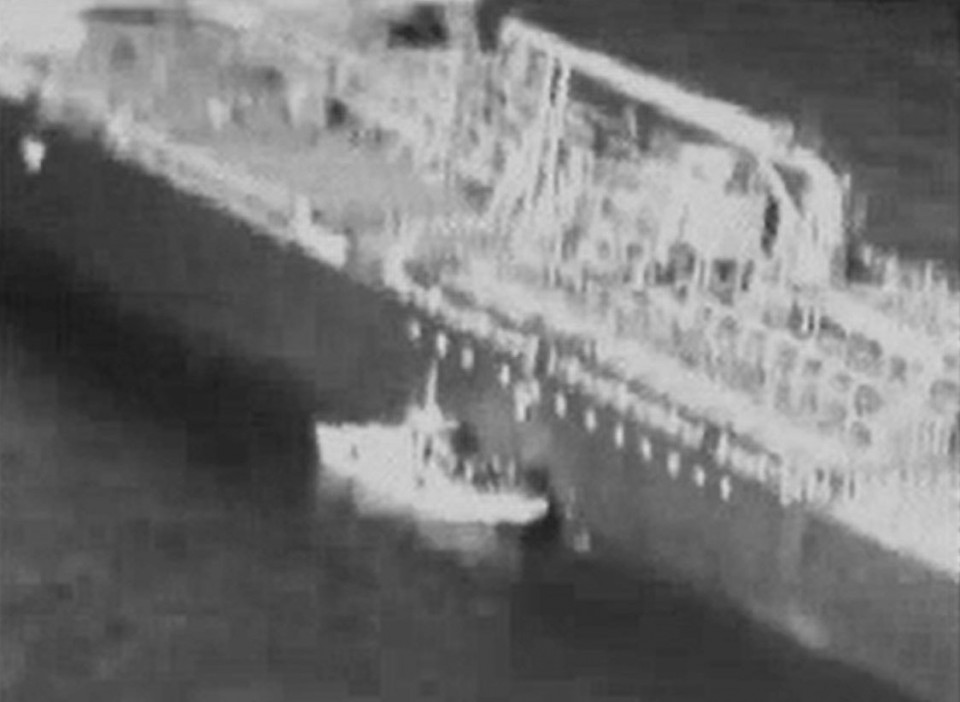 Hours earlier, Secretary of State Mike Pompeo had blamed Tehran, citing U.S. assessment based on intelligence, type of weapons used and level of expertise needed to carry out the operation.

Kokuka Courageous's crew had been rescued by a Dutch tug and the U.S. destroyer Bainbridge by the time the IRGC's patrol boat reached the abandoned ship.

Some U.S. media reported that the IRGC may have removed the mine to erase evidence of its responsibility.

"The U.S. and our partners in the region will take all necessary measures to defend ourselves and our interests. Today's attacks are a clear threat to international freedom of navigation and freedom of commerce," said Capt. Bill Urban, lead spokesman for the Central Command, in a statement released with the footage.

The Panama-flagged Kokuka Courageous, which was operated by a Tokyo-based company, was carrying 25,000 tons of methanol from Saudi Arabia to Singapore when it was attacked with what appeared to be artillery shells.

The other ship, the Marshall Islands-listed Front Altair, was chartered by Taiwanese oil refiner CPC Corp. to carry 75,000 tons of naphtha from the United Arab Emirates to southern Taiwan.

The attacks came at a sensitive time during Japanese Prime Minister Shinzo Abe's trip to Tehran meant to calm heightened tensions between the United States and Iran. 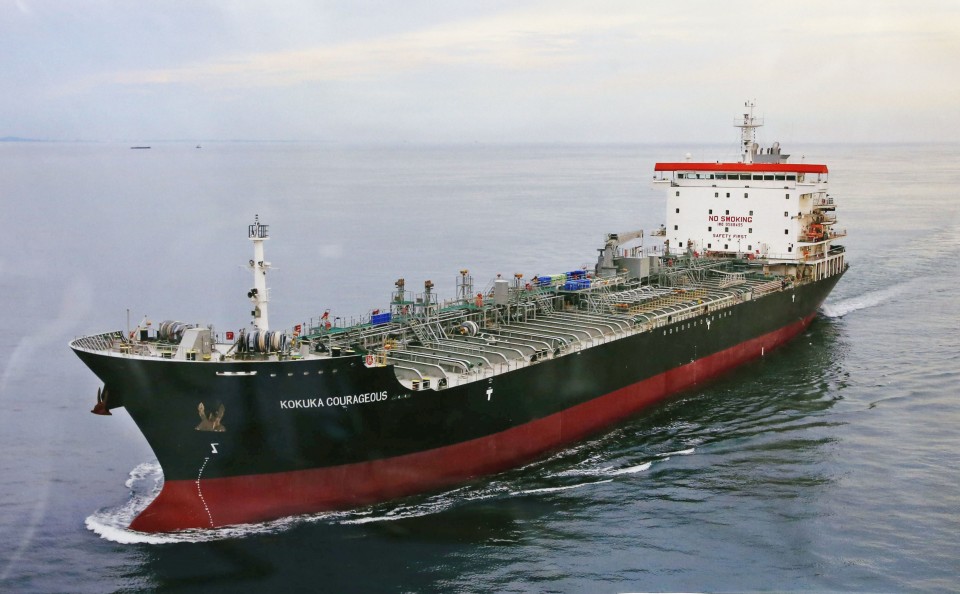 Japan scrambles for information on ship attacks near Strait of Hormuz