A 90th-minute penalty goal from Netherlands forward Lieke Martens sent Nadeshiko Japan out of the Women's World Cup with a heartbreaking 2-1 loss in the round of 16 on Tuesday.

The European champions were awarded the spot kick after a shot from Vivianne Miedema hit Japan defender Saki Kumagai on the arm from point-blank range.

While there was virtually nothing Kumagai could do to avoid the contact, the video assistant referee confirmed the decision by Honduran head referee Melissa Borjas to award the penalty. 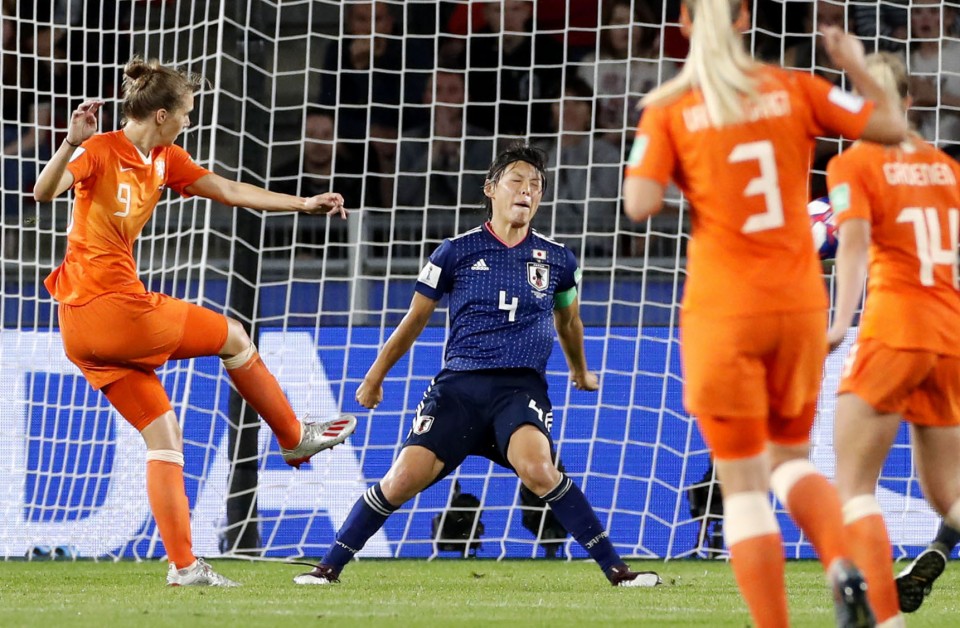 Martens' winner, her second goal of the game, capped off a gripping battle that the Asian champions will feel they should have won following a flurry of late chances.

Japan, ranked No. 7 in the world, came into the clash as Group D runners-up with a 1-1-1 record, while the eighth-ranked Netherlands topped Group E after winning all three matches.

The two sides went into the break deadlocked 1-1, with Yui Haswegawa leveling the scores late in the half following Martens' opener.

The Netherlands looked in control when player of the match Martens opened the scoring in the 17th minute, but the latter stages belonged to Asako Takakura's side, who took the initiative with crisp passing and movement in the attacking third.

Hasegawa's goal was the culmination of a clever attack starting with Hina Sugita on the left. After a strong run down the touchline, the midfielder picked out forward Yuika Sugasawa, who played a touch pass to strike partner Mana Iwabuchi inside the arc.

Iwabuchi brilliantly wrong-footed her defender with a turn before playing a through-ball to Hasegawa, who beat goalkeeper Sari van Veenendaal from the middle of the area.

The Dutch custodian was otherwise in fine form and could easily have finished with player of the match honors. 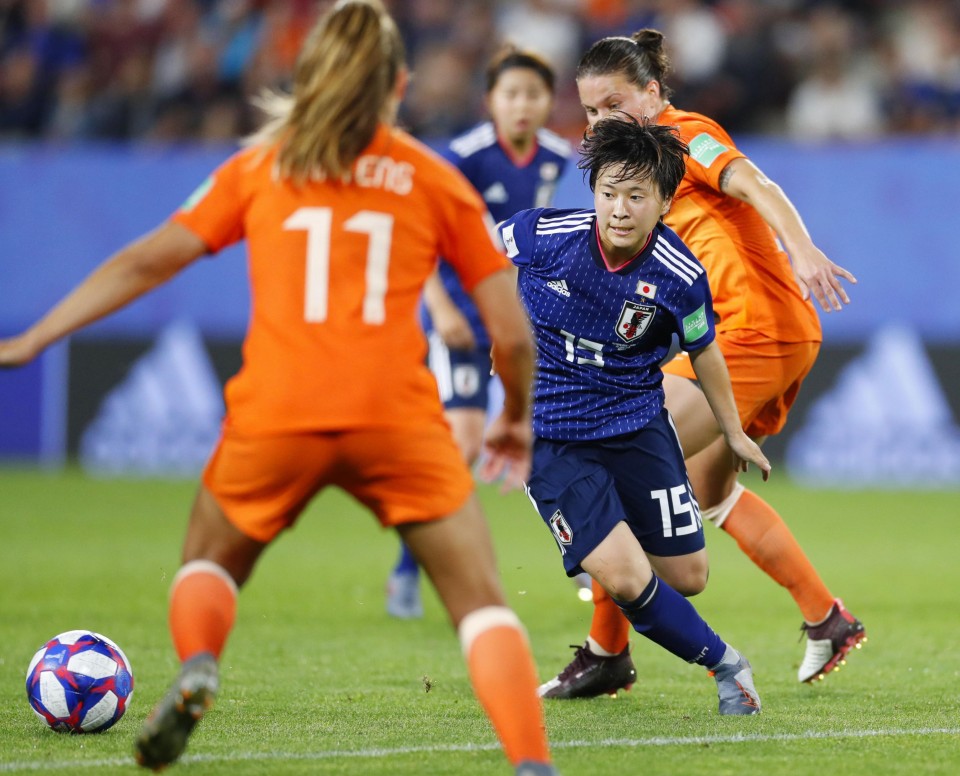 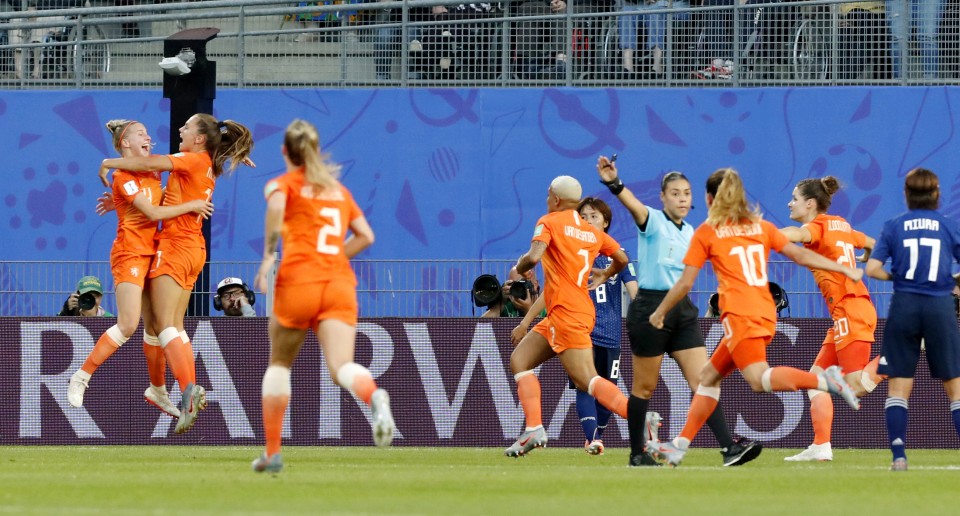 She denied Emi Nakajima with a diving save in the 64th minute and prevented substitute Yuka Momiki scoring with another excellent stop in the 80th minute.

The introduction of Momiki for Nakajima in the 72nd minute had given Nadeshiko an injection of energy to which the Dutch struggled to respond.

Van Veenendaal came to the rescue again in the 82nd minute when she parried a close-range shot from Narumi Miura over the bar.

Hasegawa, Iwabuchi and Sugita all went close in the second half, shooting across goal, hitting the side netting and striking the crossbar from close range, respectively.

A frustrated Takakura said she hoped her team, which included 17 players at their first World Cup, would learn from the experience as they shifted their focus to winning Olympic gold on home soil at the 2020 Tokyo Games.

"We weren't strong enough to win. It's really disappointing. I hope the players will continue to grow as we aim toward the Olympics a year from now," Takakura said. 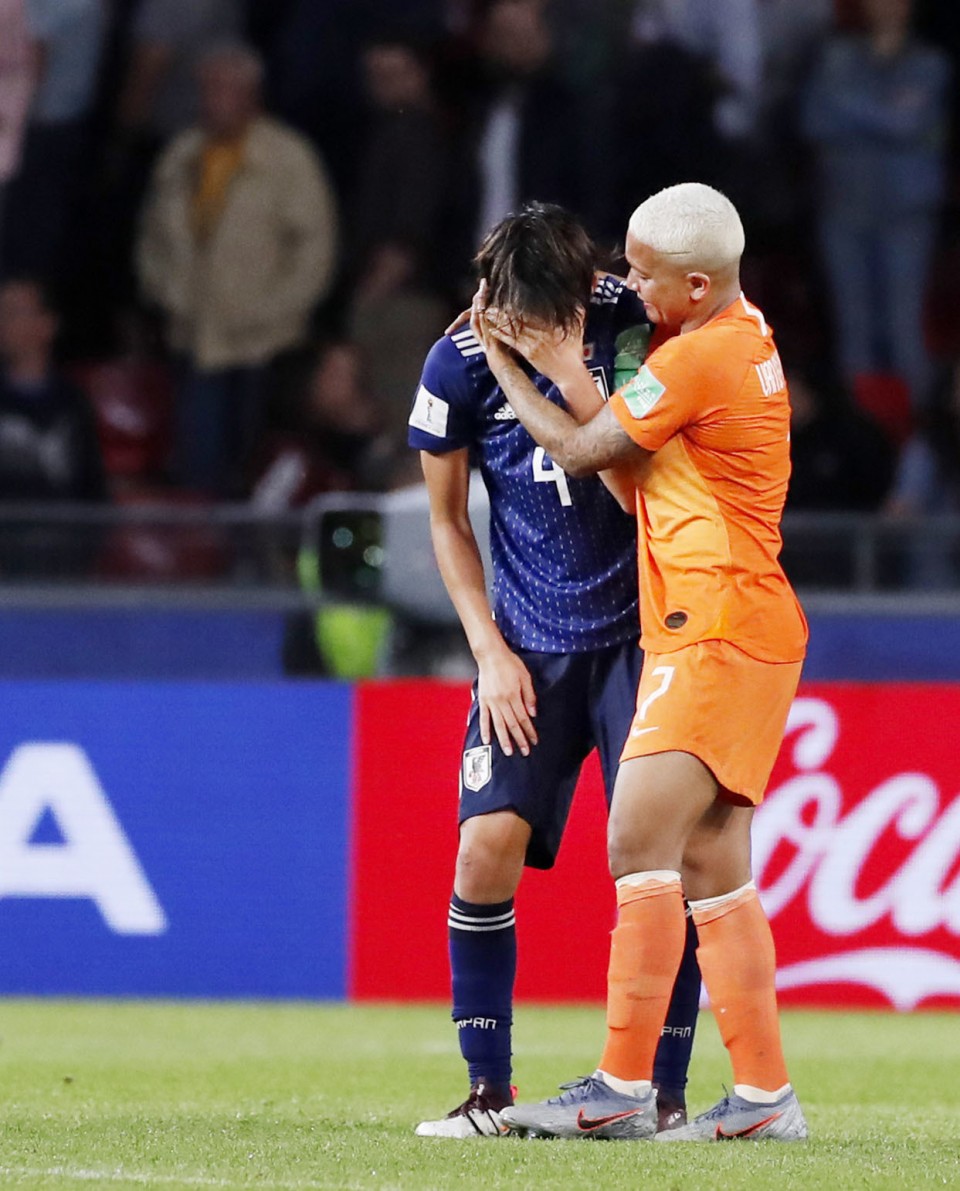 The 51-year-old manager, who took the reins in 2016, blamed her own "lack of ability" for Japan's tournament exit.

"We certainly weren't the worse team in every aspect. I want us to keep moving forward."

Momiki, part of the new generation who hoped to emulate the 2011 World Cup-winning Japan team, said much work was needed to reach the heights of their predecessors.

"The rest of the world is improving quickly, and we're not keeping up," the 23-year-old Nippon TV Beleza midfielder said.

Netherlands manager Sarina Wiegman, whose team will face Italy in quarterfinals on Saturday, praised Japan for their performance.

"We were really struggling in the second half. A lot of that had to with Japan's qualities," Wiegman said. "I can start seeing things we did badly, but it was definitely Japan playing well too."