A "Tank Man" monument commemorating protesters killed in Beijing during the Tiananmen Square crackdown in 1989, was unveiled in California's Mojave Desert on Monday.

"Thirty years ago when I had my last glimpse of the tank, it was this close," said Fang Zheng, an activist who lost the majority of his legs when a tank rolled over his lower body.

"I believe, with our efforts, China will one day be democratized," he said to a crowd of around 250 supporters.

Zheng and a local official unfurled an American flag to reveal the statue of an unidentified man who was photographed defiantly standing in front of People's Liberation Army tanks leaving the square on June 5, 1989.

The event at Liberty Sculpture Park was one of several demonstrations around the world, including in Hong Kong and Taiwan. Such activism is banned in mainland China, where information about the incident is censored on the internet. 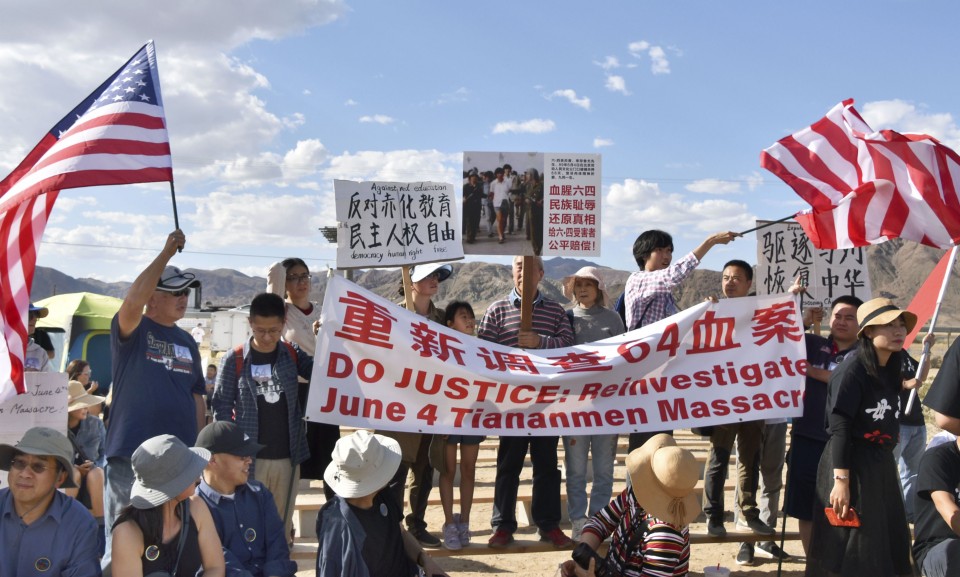 Security tightens in Beijing on 30th anniversary of Tiananmen crackdown

The park features three other sculptures commemorating China's 1989 student-led protests and promoting democracy, including a 6-meter-tall metal "64" monument that refers to the month and day the army began shooting protesters and bystanders in Tiananmen Square.

Visible from an interstate freeway halfway between Los Angeles and Las Vegas -- the 64 was unveiled earlier this year, becoming the world's largest monument dedicated to the event. 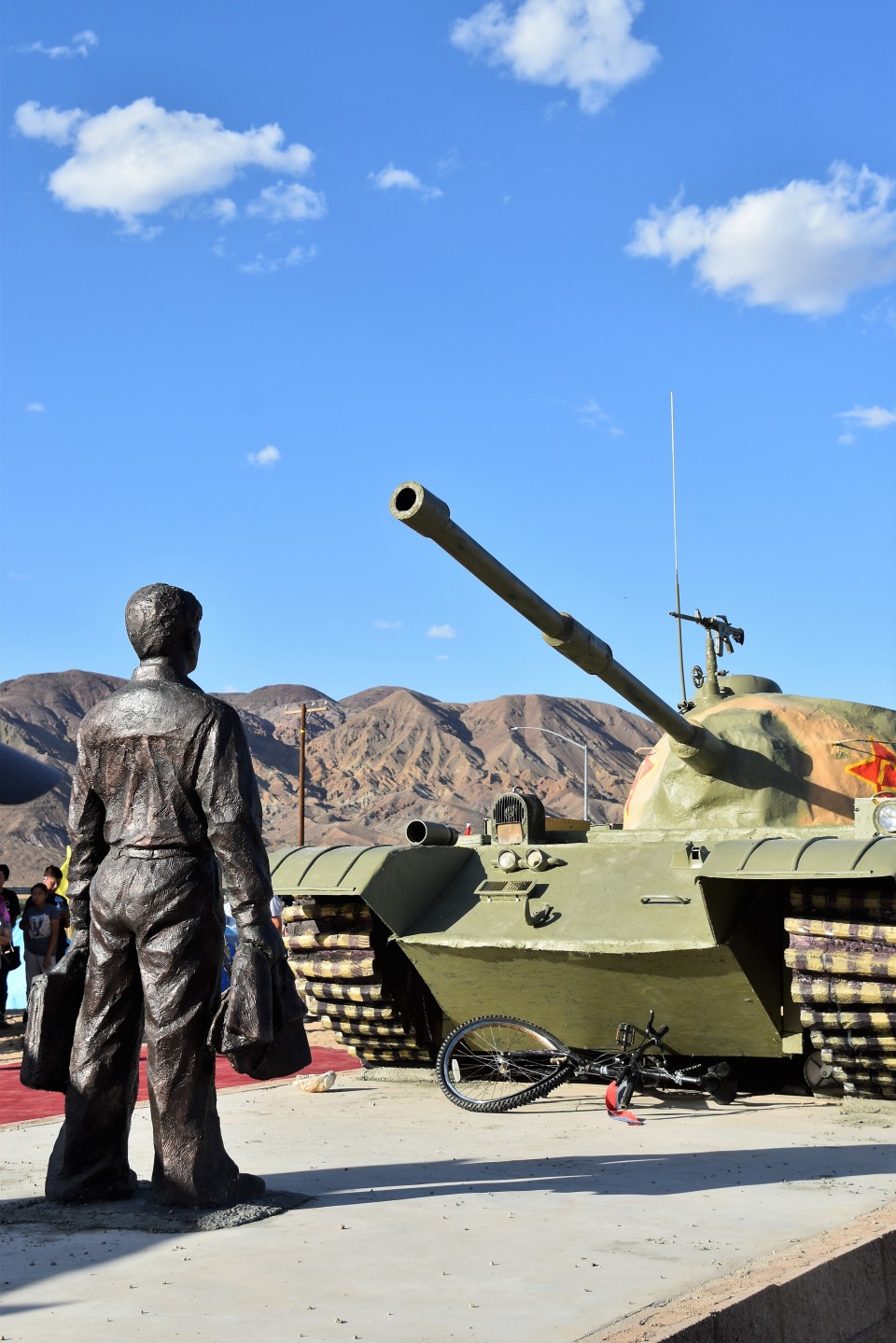 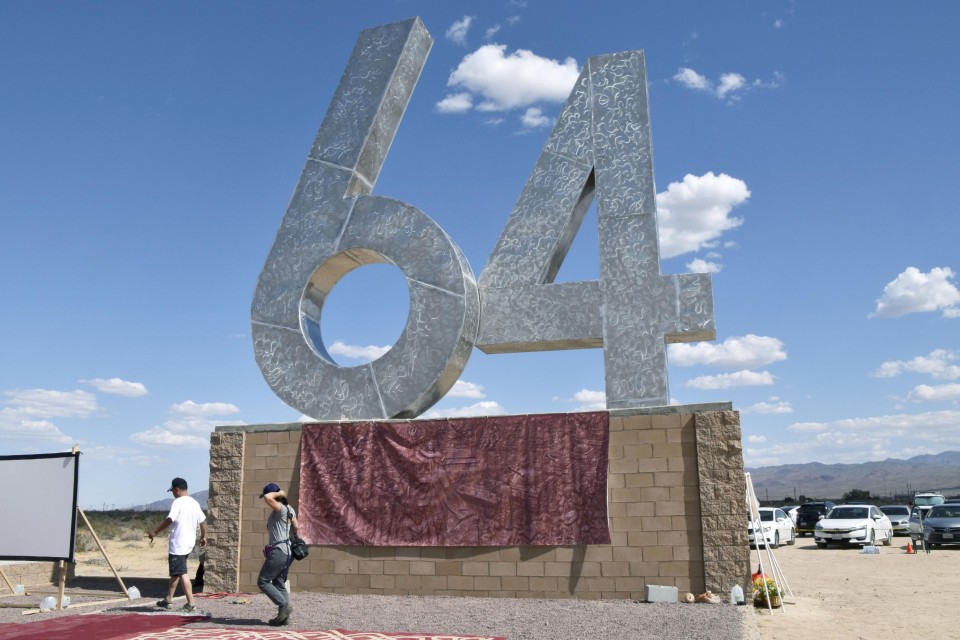 While China's Communist Party claimed afterward that the death toll from military action against activists and civilians in Beijing on June 4 was around 300, other estimates are in the thousands.

Zheng, 52, was granted political asylum in the United States in 2008, and is barred from returning to mainland China.

He has said China's human rights violations have continued over the past 30 years, citing the detainment of Uyghurs, a Muslim minority in China's Xinjiang province. In spreading awareness of the brutality that took place in 1989, Zheng hopes the protesters' cause will not be forgotten.

"We, the June 4th generation, are stepping into the flow of history once again," says a banner on the 64 sculpture.

"Here, on borrowed, sacred land in the free New World, we solemnly and respectfully set up this monument."

According to an organizer, U.S.-based pro-Chinese democracy organizations hope to next build a museum in the sculpture park.

(Correction: An earlier version of this story misstated the date in the fourth paragraph as June 4, 1989.)