Japan's Sumitomo under fire over labor dispute in Philippines

Two representatives from a Philippines labor union on Tuesday protested what they claim are unfair labor practices and human rights abuses at a banana plantation run by a fruit company affiliated with Japan's Sumitomo Corp.

Speaking at a press conference in Tokyo, Paul John Dizon, president of the local labor union Namasufa, and Jamila Seno from the group's board of directors accused Sumifru Philippines Corp. of failing to "regularize" its workers, and of harassment following a strike held in October last year. 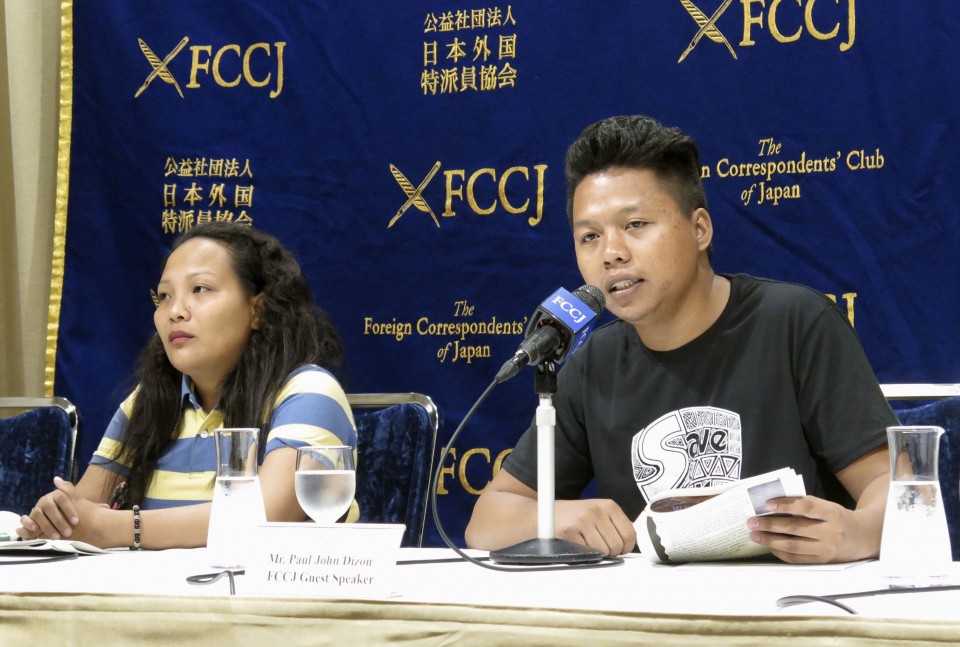 They called for Sumifru to comply with the Philippines' labor department order that the over 700 workers laid off following the strike be reinstated, and urged Japanese consumers to boycott the banana brand until it resolves the labor dispute.

The affiliate of the major Japanese trading company currently employs workers through fixed-term contracts with low wages and no benefits, regardless of how many years they have been with the company, Dizon said.

Despite a Philippines Supreme Court order in 2017, Sumifru has refused to recognize Namasufa as a collective bargaining agent, arguing that a contracting agency is their employer, he said.

On Tuesday, Sumitomo said it would sell its 49 percent stake in Sumifru Singapore Pte., the owner of the Philippine unit, to joint venture partner Thornton Venture Limited, who currently holds the majority stake.

The Japanese trading company has been producing bananas in the Philippines since 1970 and cited future growth strategies as the reason for the decision, denying any connection with the ongoing labor dispute in the Philippines.

It said the sale of the stake, the amount of which was not disclosed, is expected to be completed by the end of September this year.

Sumifru's unit in the Philippines, which makes up roughly one-third of all bananas imported to Japan, operates an approximately 2,200-hectare banana plantation and nine packaging plants in Compostela Valley, Mindanao, with a total production capacity of around 19,000 boxes per day.

At the press conference, Seno spoke of harsh working conditions with long hours and adverse health effects from exposure to chemicals used on the bananas.

"The company cares more about the bananas than the workers," she said at the Foreign Correspondents' Club of Japan.

Dizon and Seno, who had worked at the plantation for five and ten years, respectively, have now been unemployed for more than seven months after their involvement in the strike, but the two said they would fight against the continued harassment of Namasufa members, including the suspected killing of a prominent union member and burning down of property.

"The bananas produced or being sold by Sumifru has the blood of the workers," he said.