Mother, boyfriend in Japan sent to prosecutors over death of 2-yr-old girl

A mother and her boyfriend in Sapporo were referred to prosecutors Friday on suspicion of assaulting her 2-year-old daughter who was pronounced dead at a hospital earlier this week.

The suspected abuse of Kotori Ikeda occurred despite a child welfare official interviewing her mother last year following a tip and a police officer meeting with the mother and the girl in mid-May, according to investigative sources.

Rina Ikeda, 21, and her boyfriend Kazuya Fujiwara, 24, are suspected of assaulting Kotori between early May and Wednesday at Ikeda's home and other locations, local police have said.

Ikeda called an ambulance around 5 a.m. Wednesday saying her daughter was ill. Kotori showed no vital signs while she was being taken to a hospital, according to the police.

The police suspect Kotori had not been fed properly and could have been regularly abused as multiple bruises were found on her body. She weighed less than 10 kilograms, below the average weight of a girl of her age at 12 kg, according to the police.

The case comes at a time when the government is trying to boost the role of child consultation centers and their cooperation with the police in early detection of child abuse, following the death of a 5-year-old girl in parental mistreatment earlier in the year.

The case of Mia Kurihara's death in Noda, near Tokyo, shocked the nation as a series of abusive acts by her father came to light and a local welfare center and her school were found to have failed to respond properly to the girl's repeated calls for help.

Last September, a child consultation center received a tip that the girl was being left extensively at a daycare and may have been neglected.

But it concluded there was no neglect after a worker met with the girl and her mother at their home. The girl appeared to have been very attached to her mother at that time, according to investigative and local officials.

But the center received another tip in April that the child was constantly screaming and crying but it was unable to meet or contact the mother.

A police officer then met with Kotori and her mother on May 15 and found a wound on her face and a bandage on her foot, but the wound did not appear serious enough to suspect abuse, the police said. Ikeda had said the wound was the result of Kotori's tripping over, they said.

The police suspect Kotori was subjected to serious physical abuse after the meeting with the police officer as fresh bruises were found at the time of her death. 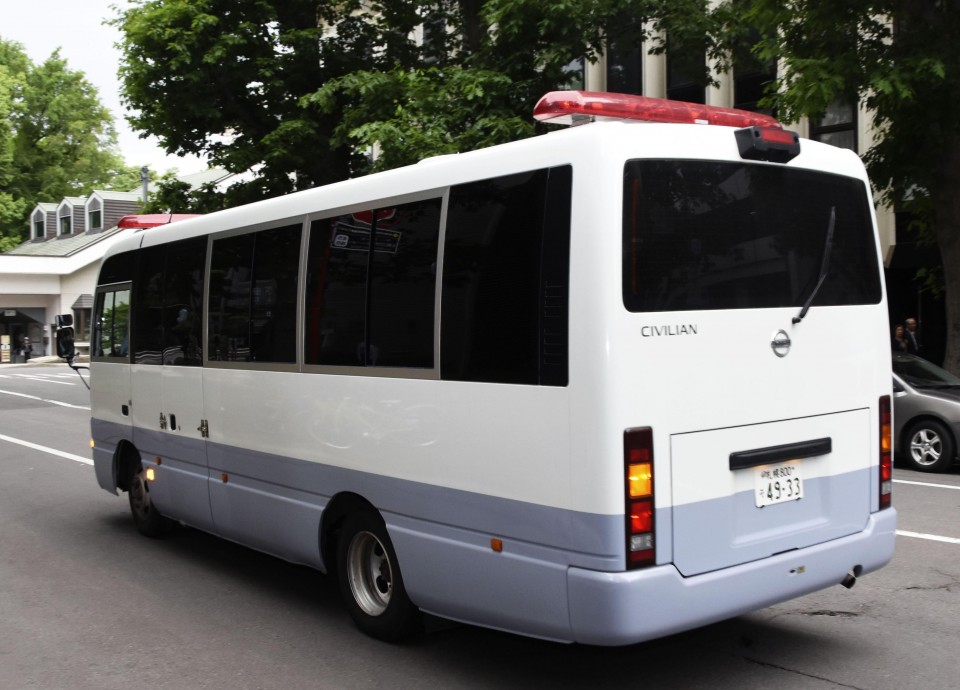 (A car carrying Rina Ikeda leaves the headquarters of the Hokkaido police for prosecutors office.)