Less than a week before her thirteenth birthday, Japanese skateboarder Misugu Okamoto shocked the crowd with a dominant performance in the women's park final on Sunday at the Dew Tour, a qualifier for the 2020 Tokyo Olympics.

Okamoto emerged as a major Olympic contender with a score of 63.16 in her final run in Long Beach, more than eight points ahead of runner-up Lizzie Armanto of Finland. 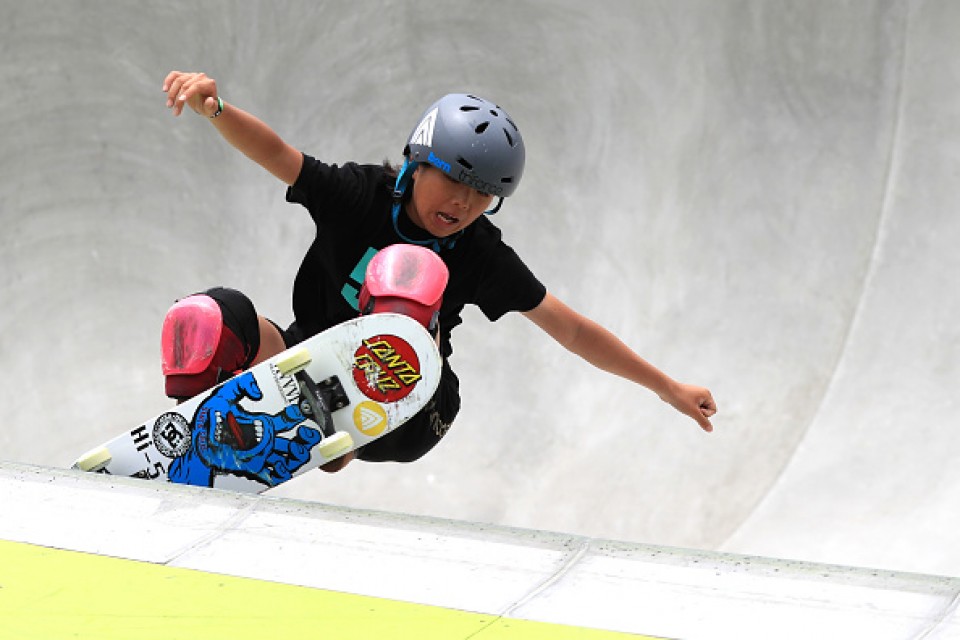 (Misugu Okamoto competes in the Women's Park Final at the 2019 Dew Tour Long Beach on June 16, 2019 in Long Beach, California.)[Getty/Kyodo]

"I'm surprised because I didn't think I could win," Okamoto said. "It was a good run and I was able to win the title, I'm happy. But I still can't feel like it's really happened."

Born in Aichi Prefecture, Okamoto started skating in her second year of elementary school and placed fifth at last November's world championships in Nanjing, China. She won the park competition at the Japan Open in March.

In the men's street final, 17-year-old Sora Shirai finished second with a score of 35.06, just 0.37 behind France's Aurelien Giraud.

No Japanese advanced to the men's park final. Olympic silver medal-winning snowboarder Ayumu Hirano, who is aiming for a cross-games bid when skateboarding debuts in 2020, was knocked out in the quarterfinal.