In an effort to make it easy to learn how to wear kimono with free videos, instructor Sunao has created a dedicated channel on video web-sharing site YouTube. The channel has proved a hit, drawing more than 10,000 subscribers in the five months since it was launched.

Putting on a traditional kimono is a time-consuming process and requires assistance. "I'd like people to wear kimono that are sitting on shelves at home and hope (this video channel) will serve as a catalyst," says Sunao. 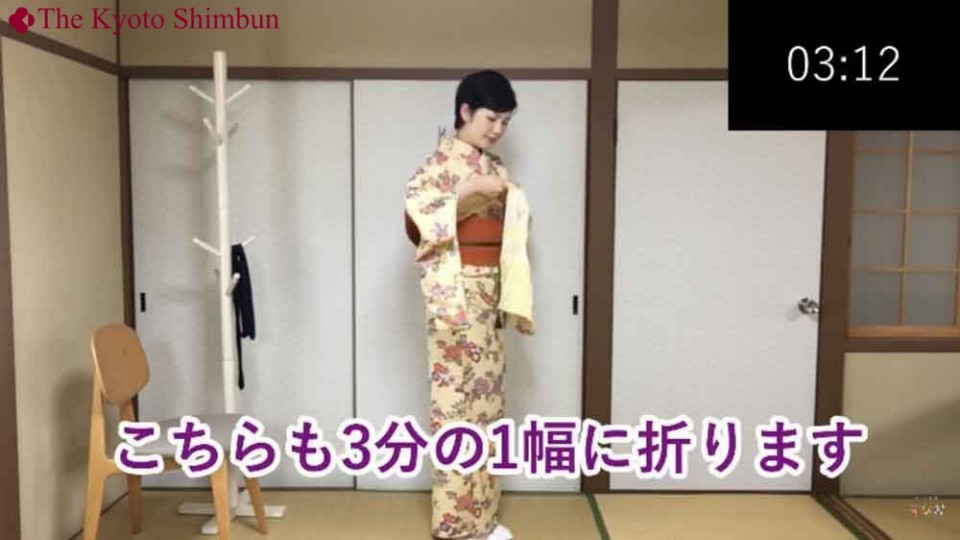 The 29-year-old, who has been a prize-winner at world kimono competitions and has experience working at a kimono maker, currently runs classes at her home.

She came up with the idea of creating easy-to-understand short videos in response to questions in classes and on social networking site Twitter and set up "Sunao's Kimono Channel" in January this year.

There are tutorials for kimono lovers such as "How to sew a neck piece without wrinkles," "The easy way to neatly tie an obi sash" as well as tips on breast feeding during a newborn child's first visit to a shrine and plenty of content for beginners, such as simple yukata advice.

Users have voiced their surprise at a video that shows the process of wearing a "juban," an undergarment worn between the silk kimono and the skin, to wearing a kimono in less than four minutes.

When Sunao has spare time from rearing her 1-year-old daughter she films and edits the videos by herself. Some wonder why she doesn't just teach her skills in her classes instead of making video content available for free but a number of students have actually joined her class after watching her videos. Sunao says that a lot of her viewers are in there 50s and 60s and that some of her tutorials have been viewed over 100,000 times.

"There are a lot of people that have kimonos at home and they can learn and enjoy how to wear them without the need to spend money by watching the videos," says Sunao. "I want to increase the number of people who wear kimono casually and hope that will lead to the revitalization of culture."