Japanese musician HYDE performed the final show of his U.S. tour in front of a sold-out crowd at venue 1720 in Los Angeles, California at the end of May.

Having been almost a year and a half since HYDE last performed in Los Angeles, the pouring rain on Sunday May 26 wasn’t enough to deter exhilarated fans who formed a long line around the 1720 venue in L.A.’s Warehouse District. Ultimately though, even the weather seemed to welcome HYDE -- the hard rain eventually stopped, and a rainbow formed over the venue.

After restarting his solo career in early 2018, the L.A. show was the final stop on HYDE’s first U.S. tour since his resumption of solo activities. The Japanese musician has returned with new music quite different from the past, incorporating the “dark” aspects of American-style metal.

Sporting a new look that seemed to match this latest style of music, HYDE appeared on stage wearing a mask and smeared with lipstick, combining the ominousness of the Phantom of the Opera with The Joker, eyes shining as he looked across the dimly-lit venue. 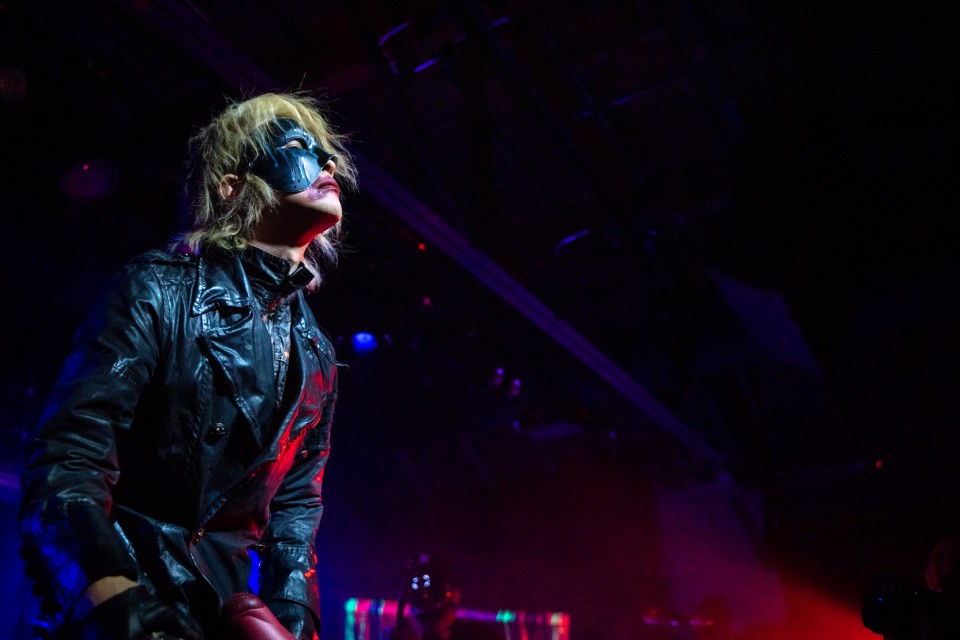 The show kicked off with the powerful “FAKE DIVINE,” a song which was released as a single last October and set to be included in HYDE’s upcoming album “anti”.

During the following “AFTER LIGHT,” the L.A. audience enjoyed a call-and-response moment with HYDE.  Although streaming of the new album only started a few weeks ago, it seems fans were already prepared for their part in this song.

The third song of the night was “INSIDE OF ME,” which was released under his previous act, VAMPS. With a megaphone in hand, HYDE stared straight into the audience. He had a determined look, a look showing that he is ready to compete in the American music industry.

A soft piano melody changed the atmosphere of the venue, followed-up with “ZIPANG,” a ballad that sings about the beauty of the “good old days” of Japan.

The show continued with more songs from the latest album, including “WHO’S GONNA SAVE US” and “LION.” Toward the end of the show, HYDE performed “MIDNIGHT CELEBRATION II,” a re-recording of a song released in 2003.  For over a decade of shows it’s a song that has proved very popular with many of his fans, and one that still continues to generate great excitement.

The show closed with a cover of Duran Duran’s “ORDINARY WORLD.”

“But I won’t cry for yesterday,” “I will learn to survive.”  The lyrics of the song seem almost analogous to HYDE himself, as he looks forward to moving on with his solo career without dwelling in the past.

“We’ll see you in the fall!” said HYDE as he bid his farewell and closed the final show of his U.S. tour.

HYDE continues to create new music, never stopping, and we’re excited to see what he will bring to Los Angeles during his next visit!