A 32-year-old woman was sentenced Wednesday to 30 months in prison, suspended for five years with probation, for complicity in her husband's assaults on their 10-year-old daughter who died in January near Tokyo.

The Chiba District Court ruled that Nagisa Kurihara failed to report the abuse inflicted by her husband Yuichiro, 41, on their daughter Mia and complied with his instructions not to feed her, while also recognizing the woman had been abused by him.

"The defendant was the sole person who could have extended help (to Mia) but instead pandered to her husband," Presiding Judge Kenji Koike said.

Her complicity in the abuse added to Mia's trauma, he added.

Explaining his reason for giving a suspended sentence with probation, Koike said it was difficult for the woman to resist her husband due to his abuse as well as her mental condition. In earlier hearings, the court heard that she suffers from bipolar disorder and had postnatal depression.

"We want you to think about Mia and spend your days reflecting on yourself" while remaining in society, Koike said after handing down the ruling.

Prosecutors had sought a two-year jail term without suspension, while the defense had called for a suspended sentence.

The man was indicted for assault resulting in death after Mia was found dead in the bathroom of their home in Noda, Chiba Prefecture, on Jan. 24 and has also been charged with assaulting his wife. His trial is pending.

The case has attracted international attention, with problems uncovered in the way a child welfare center, her school and other local authorities responded to Mia's repeated calls for help.

In November 2017, Mia wrote in a school questionnaire that she was being bullied by her father and was subsequently taken into protective custody for seven weeks. But a local education board was found to have handed the man a copy of Mia's questionnaire.

After her protective custody ended, with the welfare center approving her return to her parents, no visits were paid to her home by officials of either the center or the school to check on her safety. 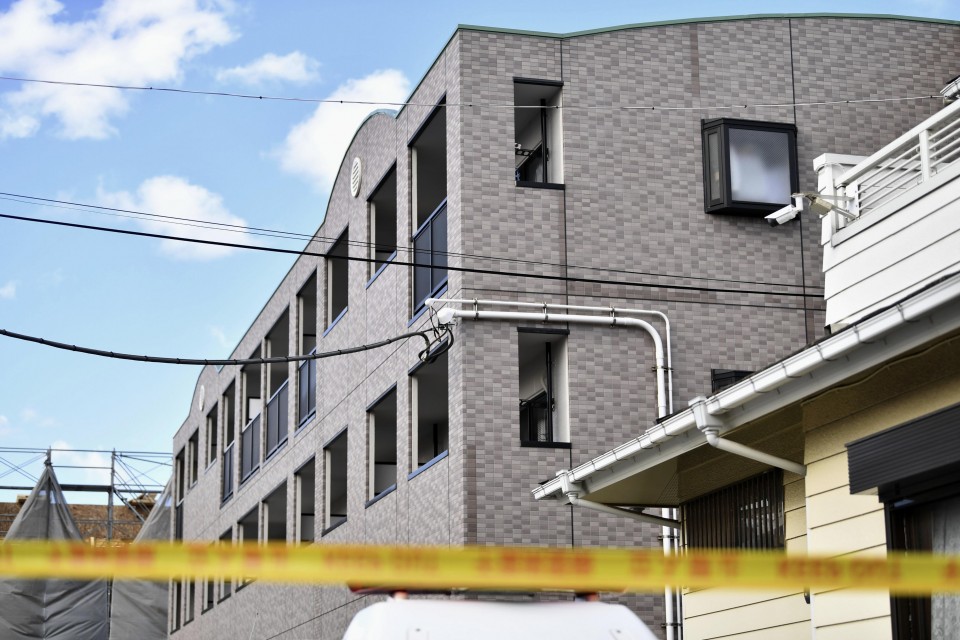 A member of the U.N. Committee on the Rights of the Child said in February the case demonstrated a crucial lack of responsibility on the part of the adults involved.

A government project team reviewing the response of the welfare center and the school concluded on Wednesday that the Kashiwa child welfare center's assessment of abuse risk was inadequate.

The joint team of the welfare and education ministries said the center's decision to end the protective custody of Mia in December 2017 was based on "insufficient investigations" and it failed to effectively use assessment tools or evaluate the impact of the spousal abuse.

To prevent a recurrence, it called for strengthening cooperation with spousal violence counseling and support centers, promoting the assignment of police personnel and retired officers to child welfare centers and sharing information among authorities on children who are absent from school for a week or longer.

The trial of Nagisa Kurihara and her depositions have revealed that she had long been under her husband's control and Mia was deprived of food and sleep, and subjected to severe physical abuse.

The two got married in 2008 and Mia was born the same year. The man monitored his wife's behavior and telephone calls, and the couple divorced three years later.

After getting remarried in 2017, the woman was subjected to even stricter control and worse physical abuse by the man. She was admitted to a mental hospital later that year after giving birth to a second daughter.

In the three days leading up to her death, the man assaulted Mia, made her stand for hours over days and put her inside a chilly bathroom in cold weather while telling the mother not to feed her, according to her statement.

On Jan. 24 afternoon, he repeatedly splashed cold water on Mia as she failed to get undressed quickly and prevented her from having a warm shower afterward.

He also assaulted her by sitting on her back and bent her legs, did not allow her to eat dinner or go to bed, keeping her in the bathroom from around 10 p.m. He then told the mother in a bedroom that Mia was unresponsive, according to the statement.

Rescuers responding to an emergency call later in the evening found Mia dead inside the bathroom.