The Japanese Defense Ministry confirmed Tuesday that a Chinese aircraft carrier passed through the country's southwestern islands toward the Pacific Ocean, but there was no intrusion into Japan's territorial waters.

It is the third time that the Liaoning, commissioned in 2012 as Beijing's first aircraft carrier, has sailed between Okinawa's main island and Miyako Island, according to the ministry. The last time the ship was spotted in the waters was April 2018. 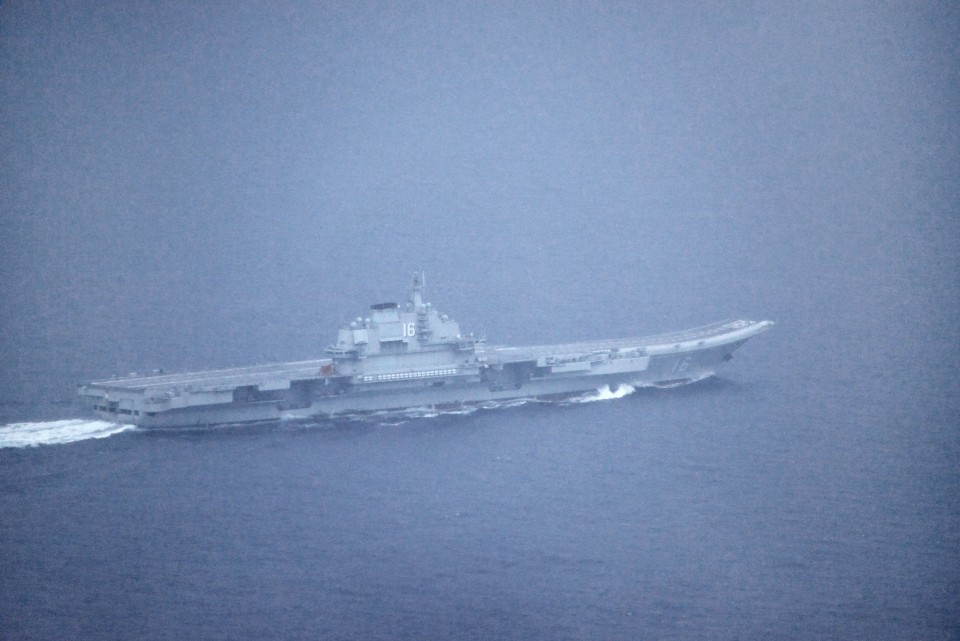 The Defense Ministry also confirmed for the first time, the existence of an advanced fast combat support ship capable of refueling, which was seen sailing along with the Liaoning. Four other ships were also spotted in the area.

Ministry officials said they would continue monitoring moves of the fleet, as they may conduct exercises in the area.

The Liaoning first passed through the southwestern Japanese islands on Dec. 25, 2016, as it sailed to the Pacific from the East China Sea.

The next sighting was on April 21 last year when it was heading to the East China Sea, a day after conducting carrier landing practices in the Pacific, about 350 kilometers south of Japan's westernmost island of Yonaguni, according to the ministry.