The trophy for this year's Rugby World Cup arrived in Japan on Monday ahead of a three-month tour around the country.

The Webb Ellis Cup landed at Narita airport, near Tokyo, after traveling more than 300,000 kilometers around the globe on the Rugby World Cup Trophy Tour. 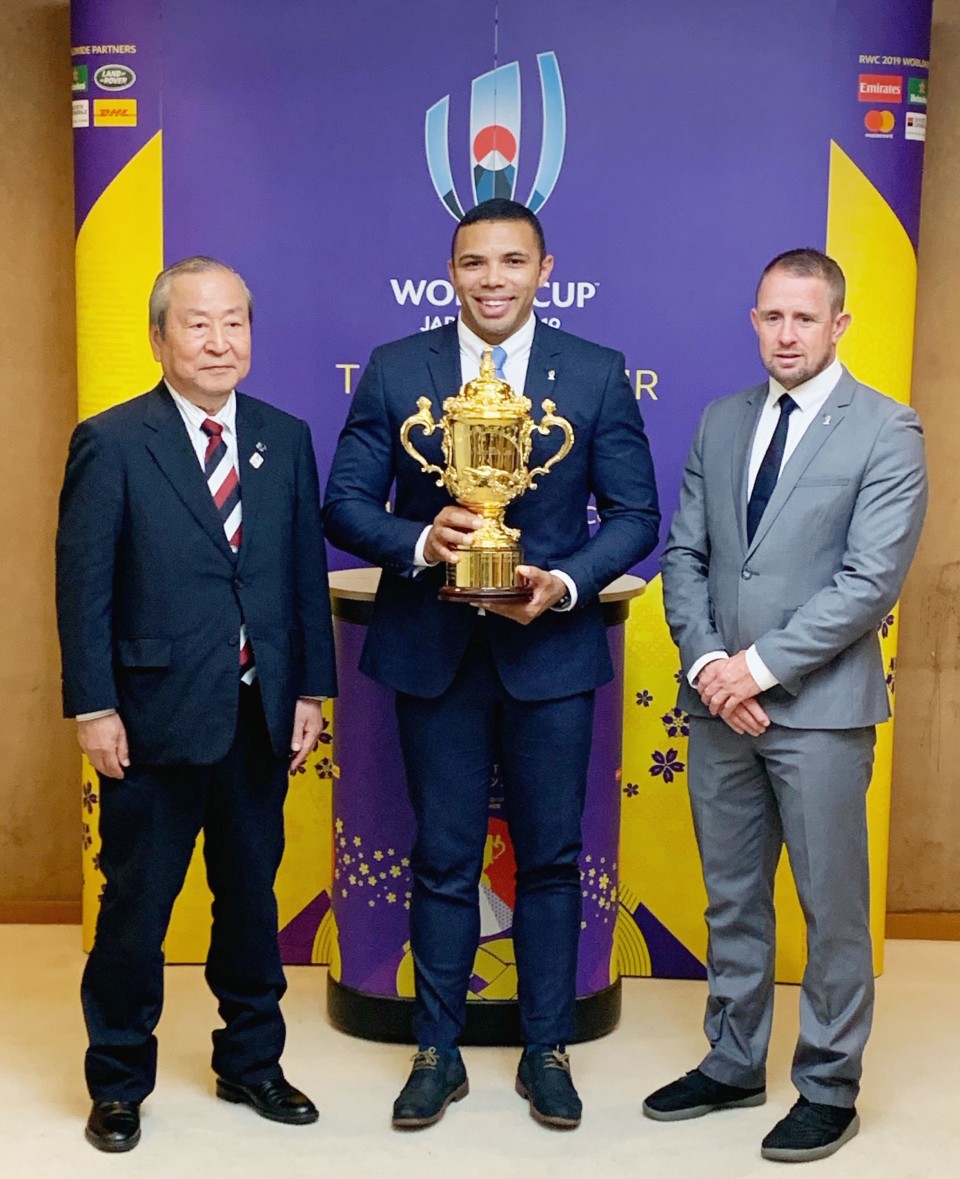 It will tour around Japan between Wednesday, when it marks 100 days to go until the showpiece event, to Sept. 19, the day before the tournament commences.

The World Cup will involve 20 teams playing across 12 cities stretching from Japan's northern main island of Hokkaido to Kyushu in the southwest.