A team of Japanese researchers has developed a briefcase-sized portable dialysis system for use by renal disease sufferers, hoping it may prove a life-saver during disasters when medical care is difficult to access.

Measuring 30 centimeters tall, 18 cm wide and 12 cm deep, the apparatus weighs 3 to 4 kilograms, including batteries, making it far smaller than conventional portable dialysis machines that are about the size of a mini fridge, according to the team. 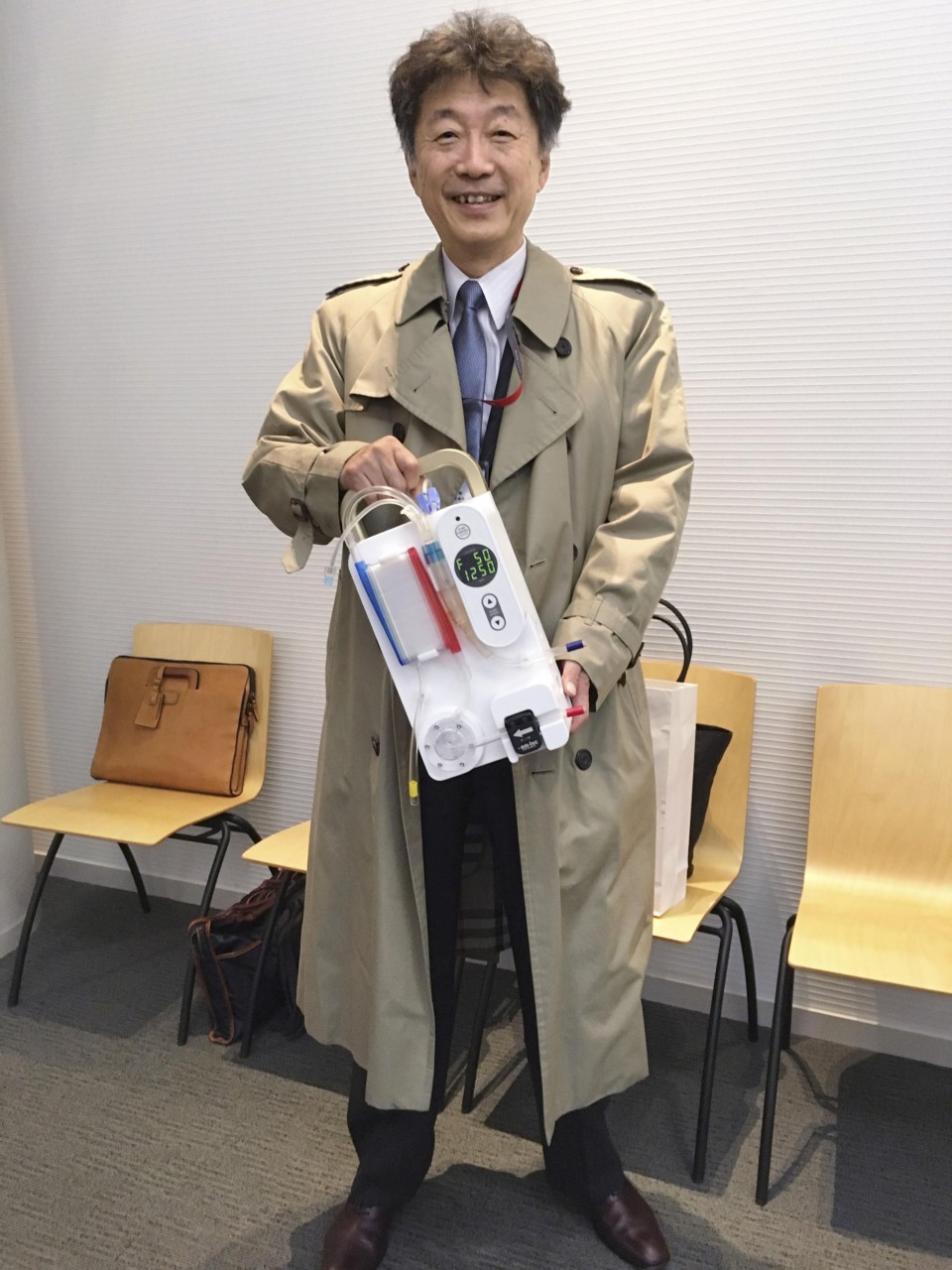 The instrument is equipped with a hemofilter that is one-eighth the size of its standard equivalent, and a blood-drawing pump about the size of an American $1 coin. Both of the downsized elements helped the team reduce the machine's overall size, it said.

The researchers from the University of Yamanashi, Kobe University, Kawasaki University of Medical Welfare and Kitasato University aim to start sales of the new device to medical institutions by 2023, after clinical tests are completed.

People who have problems with their kidneys -- the organs which purify the blood by removing waste products -- face difficulties during natural disasters when the water and power required to run normal dialysis machines are cut and they are forced to evacuate.

But the new technology is expected to allow kidney problem-sufferers to buy time until they can receive dialysis at hospitals. 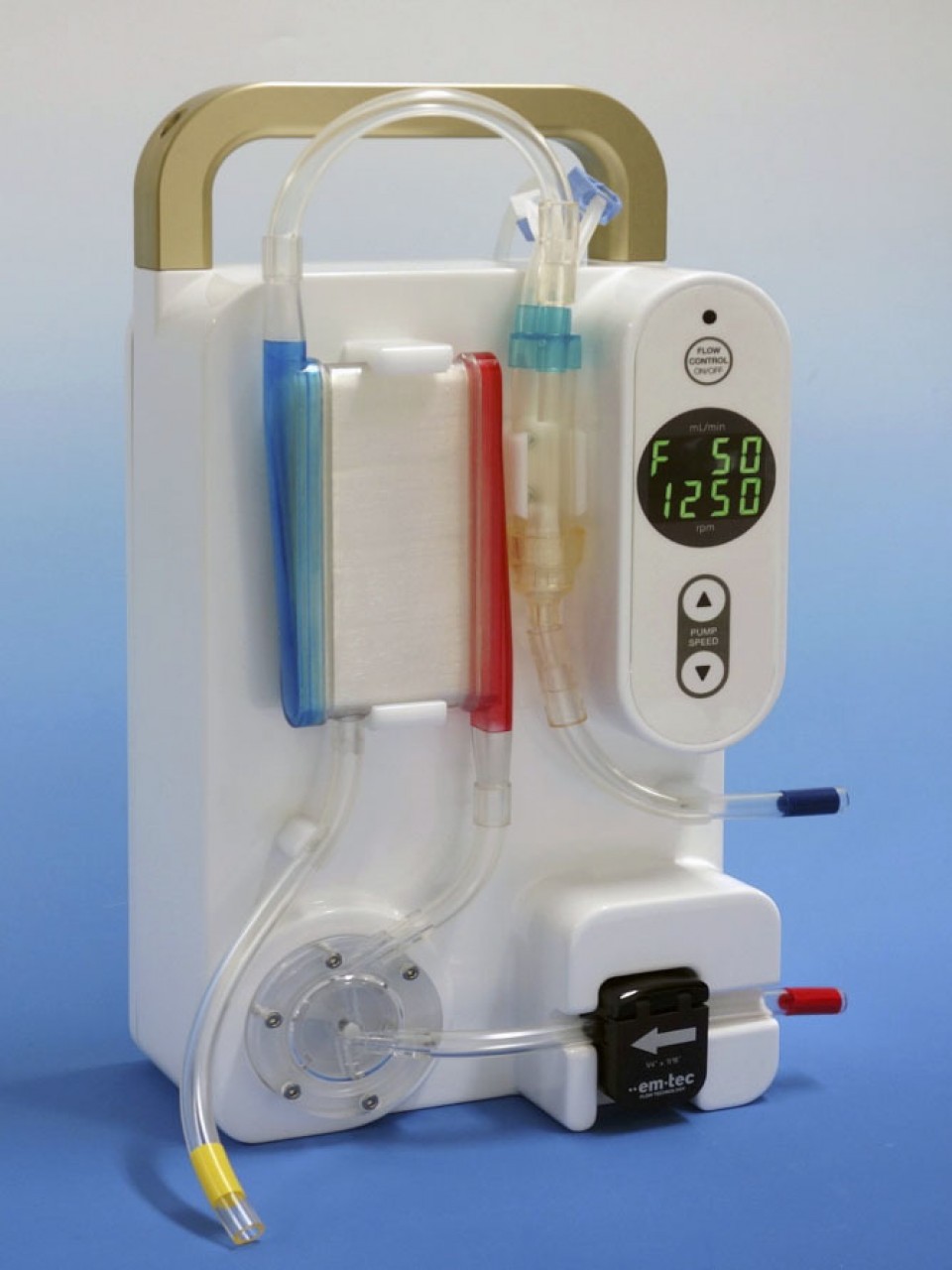 [Photo courtesy of Prof. Kenichi Matsuda of the University of Yamanashi]

To check the device's performance, the team has conducted experiments using goats, which have similarly large bodies with high blood volumes. The result showed the machine can filter their blood for up to two weeks without the need to change its pump.

"The new device can be taken anywhere it is required and (medical personnel) can quickly respond to patients in emergencies," said Kenichi Matsuda, professor of emergency medicine at the University of Yamanashi and a representative of the research team.

The number of people receiving dialysis has been on the rise in Japan and stood at 334,505 as of late 2017. Of them, 304,317, or about 90 percent, were outpatients who regularly undergo dialysis at hospitals, according to the Japanese Society for Dialysis Therapy.

The researchers said they hope the new technology can also be used at times other than during disasters, allowing those requiring treatment to undergo it at home in future, Matsuda said.