The fiancee of slain Saudi Arabian journalist Jamal Khashoggi has called on the Japanese government to bring up the issue of his murder during the Group of 20 summit in Osaka next week in the hope of getting to the bottom of the high-profile case.

"I want to find out who will claim responsibility for it," 36-year-old Hatice Cengiz said in London on Monday, noting that "many questions" remain over the death of Khashoggi, a columnist for The Washington Post who had long been critical of Saudi Arabia's royal family, in the Saudi consulate in Istanbul last October.

"This matter should be highlighted by Japan's state leader at the G-20 summit," the Turkish woman said in an interview with Kyodo News.

Saudi Arabia's Crown Prince Mohammed bin Salman, who is facing allegations of being involved in Khashoggi's murder, is expected to attend the G-20 summit scheduled for June 28 to 29 in the western Japan city.

Taking into account that Saudi Arabia is the largest crude oil supplier to Japan, Cengiz said Tokyo will be able to demand that Riyadh bring to light the killing of the U.S.-based Saudi journalist. 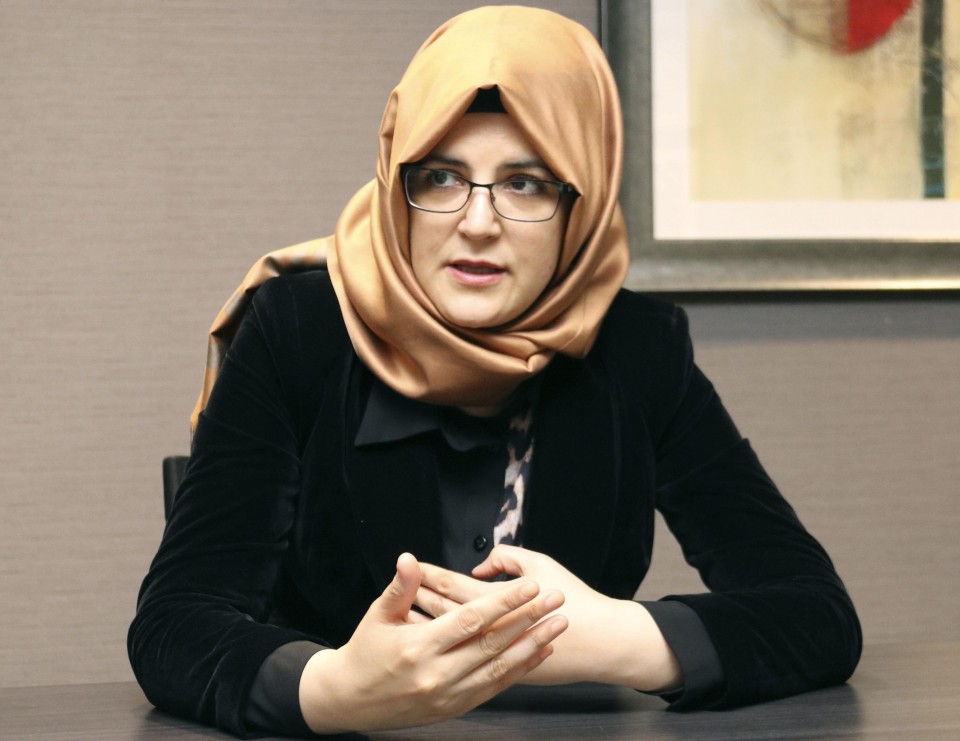 "It's easier for people to give a warning to those with whom they have a close relationship," she said.

The Saudi government initially asserted Khashoggi had left the consulate alive on Oct. 2 but later said a group of rogue operators killed him that day. Riyadh denies the crown prince had any involvement in the murder.

Turkey, meanwhile, has called on the Saudi government to hand over the suspects, but the request has been rejected.

In the latest development over the issue, Agnes Callamard, U.N. special rapporteur on arbitrary killings, released on Wednesday a report determining there was "credible evidence" to warrant further investigation of high-level Saudi officials' individual liability, including that of the crown prince.

Cengiz expressed dissatisfaction that many of the world's leaders, other than Turkey, have not responded to the case seriously.

"Turkey dwelled on the issue in a humanitarian and moral approach. However, we don't see severe response from the world leaders who will attend G-20 in Japan," she said. "They should not feel comfortable with the way they are responding to this incident."

She also said the "whole world" was disappointed with the administration of U.S. President Donald Trump for taking a protective approach toward the Saudi crown prince, who is widely considered to be the power behind the throne.

Khashoggi was assassinated in the consulate where he had visited to obtain documents needed for getting married to Cengiz. His body is still unaccounted for.

In an emotional interview, Cengiz said she was still having a difficult time accepting his death, recalling that "Jamal was very important to me." As a journalist, she said Khashoggi was "extraordinary" and that he was "fighting for democracy."

On a possible reason the Saudi government is not disclosing the whereabouts of Khashoggi's body, she responded that it is "because they did something so evil that cannot be made public."

Regarding the suspicion that the Saudi crown prince had been involved in the killing, Cengiz said, "I would rather wait for the outcome of the Saudi-led investigation to say something clear about this question."

She said Saudi Arabia has not contacted her so far and no details have been shared on the issue.

In a trial held in Saudi Arabia in January, prosecutors sought the death penalty for five of 11 defendants allegedly involved in the killing of the journalist, but their names and positions have not been disclosed.