Funk artist Adeline: stepping out solo with bass in hand

"It changed my life," says Paris-born vocalist-bassist Adeline about the "accident" that led her to the bass and away from guitar.
"But you know, some of the best things happen unexpectedly," she adds.

Now based in New York, Adeline, who goes by that name only, is currently in the midst of promoting her first solo album, the self-titled "Adeline," released late last year.

It follows her bass beats and high-range vocals garnering attention via the "nu-disco" group Escort, for which she fronted two albums, as well as playing bass and singing background vocals for rap artist and producer CeeLo Green.

She has also made high-profile appearances at a number of music festivals, including Coachella and the Montreal Jazz Festival with Escort, and Afropunk and Rock in Rio with CeeLo Green.

But she cites the death in 2016 of her favorite artist Prince as jolting her out of any hesitation to pursue a musical vision of her own.

Three years on, Adeline brought that vision and her band -- keyboardist and collaborator Morgan Wiley, guitarist Jaleel Bunton and drummer Jim Orso -- to Tokyo in late May for a series of performances at the Lady Blue and Blue Note Tokyo venues.
She sat down with Kyodo News Plus just after a soundcheck to talk about her love for the bass, and stepping out on her own. 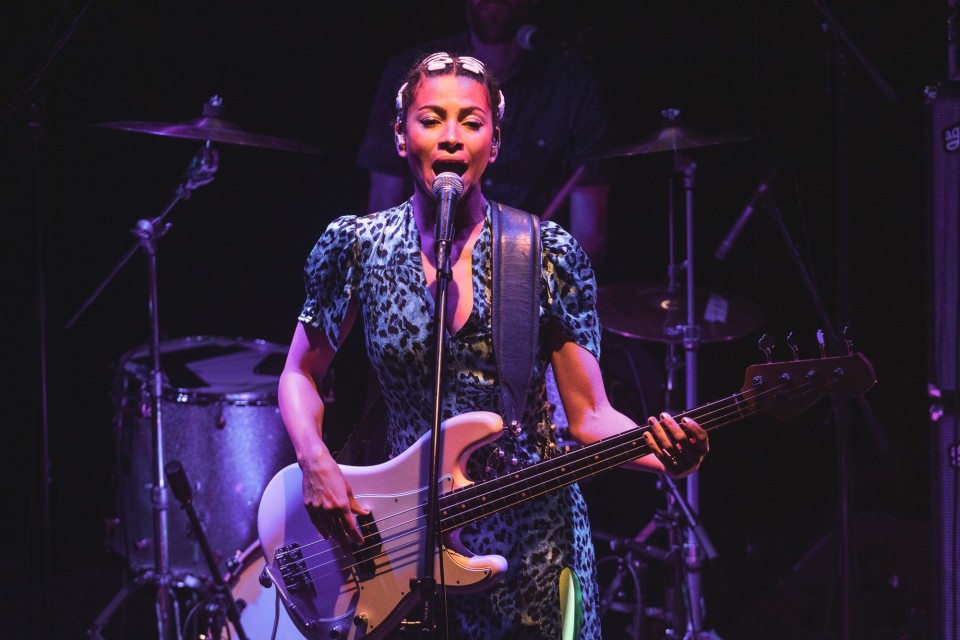 KNP: Let's start by talking about the bass. How did it come about for you?

A: I'd been playing guitar since I was a teenager. And after I moved to New York, I had a band back in the day called the Crowd, it was a trio. It was myself and two guys, and we all played instruments. And I was playing guitar. We had scheduled a show and hired an outside bassist and drummer for that. Well, the bass player canceled at the last minute. But the show was the next day, and we needed a bass player. And the guys in the band literally were like, Adeline you play guitar, why don't you just play bass. And that's what happened. I grabbed the bass and it wasn't completely foreign because I already played guitar. And I just completely fell in love with it.

KNP: And specific bass training after that?

A: When I first started playing, you have to practice a lot. It was just hours of practicing and I just pretty much locked myself in my apartment for a year and didn't really socialize much. I had a lot of catching up to do, because I was around a lot of very highly trained and amazing musicians living in New York. But that was also a great asset, because I knew so many incredible bass players. People who were already friends, or people I was already performing with. So I just asked everybody to teach me something. I went around and visited some of my favorite bass players. And everyone showed me some stuff. And I had a mentor I met, Fred Cash, who taught me so much. But I'm still learning, still practicing. It never ends...10 years on now.

KNP: And then there's your voice.

A: Singing ever since I've been speaking pretty much. I have three older brothers and sisters. And we're just a very musical family. Singing was just sort of a natural expression at home. So we all just sang and harmonized together. My brother who's six years older and I would put together shows all the time. Our days off at home would consist pretty much of dressing up and putting shows together, and we were very serious about it. We were also in a choir and later on in a group of eight children. And we toured a lot in Europe and did shows and backed up a lot of artists there. So I grew up on stage and on TV.

KNP: Plus backing vocals, as well. 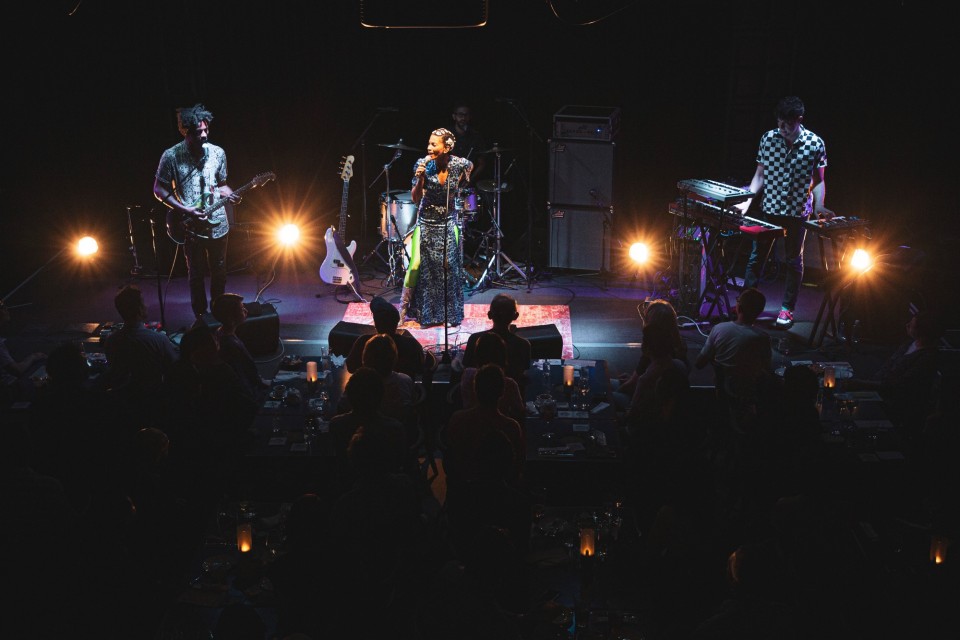 KNP: What's it like stepping out front solo with the bass from some of the other things you've been doing?

A: The front is a very natural place for me. Especially I did some background work but it was always a side thing. I always wanted to be a front person and even when I was in a group I was still the lead singer. That's never really been a different thing for me. But becoming a bass player and backing up other people was a new role that I really, really like and actually it helps as a front person to know how to just sit back and listen to everyone else in the band, and just watch someone else perform from such a close distance. You know I get to watch CeeLo Greene, a superstar and an absolutely amazing performer. I get to just support him musically through my bass and I get to watch him. So I love all roles. But my natural place is out front.

Tedeschi Trucks Band returning to Japan with No. 1 "Signs," residency

Words from "St. Paul" on The Bones, Stones and journey to Japan

KNP: So now your first album "Adeline," self-titled and self-released, is out. What's that process been like?

A: The hardest thing is to actually start doing it, to convince yourself that you can do it. I was in a group Escort that's still going, they have a new singer. I'm really happy for them. I'm involved, I co-wrote the last album with them still. But it was a huge challenge for me to be able to think that I could do it. To know that I could do it. Because I have no one else to convince but myself. And once it's out there, it's people's choice to hear it and like it or not. But my job was done once I put the album out. It's been an amazing adventure. The album came out six months ago and I'm already here in Japan. So I can't believe it.

KNP: And with a band.

A: It took a while to find the right team. But I found the right band right away. That's huge and the most important thing for me was discovering how well the music worked live. Because I'm a performer and musician but also songwriter and producer. It was really hard to imagine -- scary you know -- is that going to work live? But I have a band already and we work really well together. This would not happen without them (keyboardist Morgan Wiley, guitarist Jaleel Bunton and drummer Jim Orso).

KNP: We're seeing more young female artists who are bass players coming along, such as yourself and Esperanza Spalding. How is it navigating in what has largely been a male-dominated area? 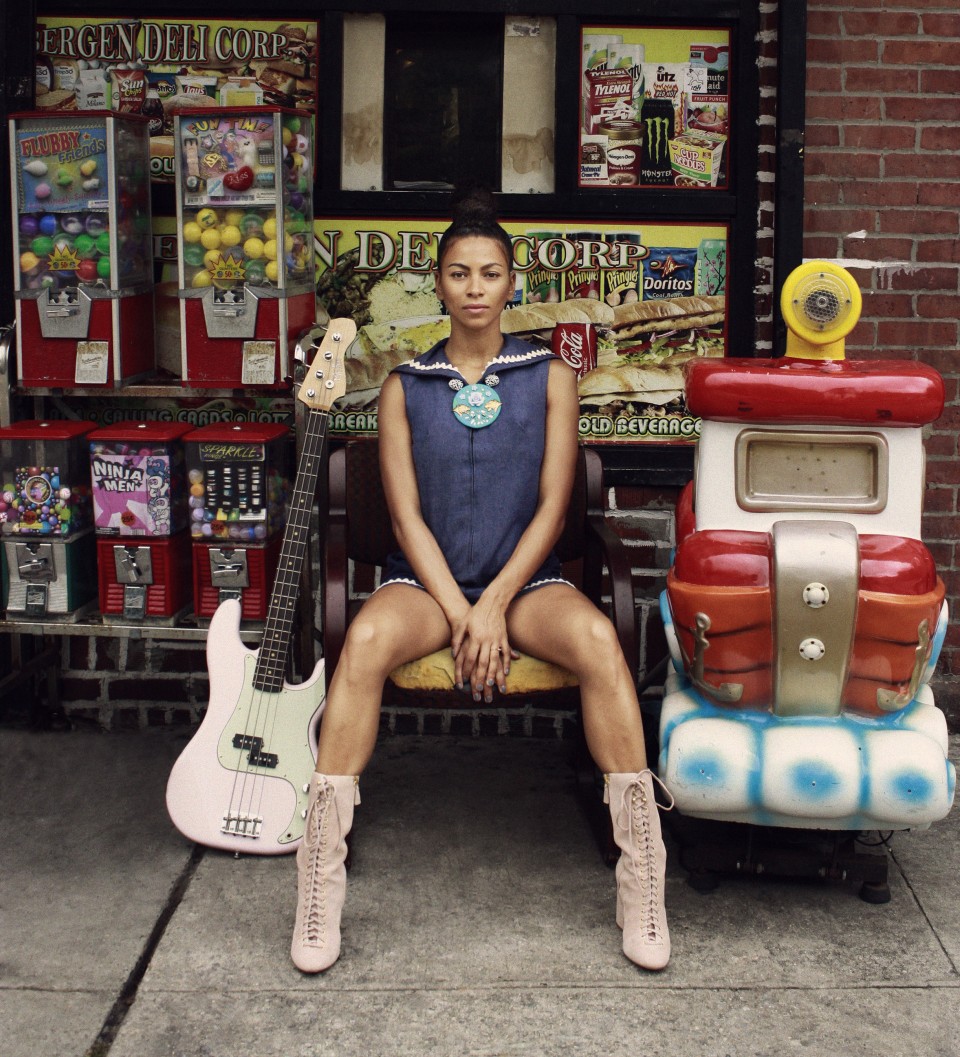 KNP: How do you view your own music? Can you describe it?

A: Funk. If it has to be one word. And it's all a matter of choice of words. Because people will still hear what they hear and I like to just let them decide for themselves. But my background is, I kind of try to take people on a journey through soul music and R&B and funk and disco which is all sort of the same stretched out one genre, and you just kind of pick the word that you think fits the most. But it's all these things together.

A: Prince, Chaka Khan, Curtis Mayfield. These three are just kind of musically what I'm made of. But I love Minnie Ripperton and Grace Jones. I try and take from different people. But I'm not inventing anything, nobody does. So I'm thankful for them. 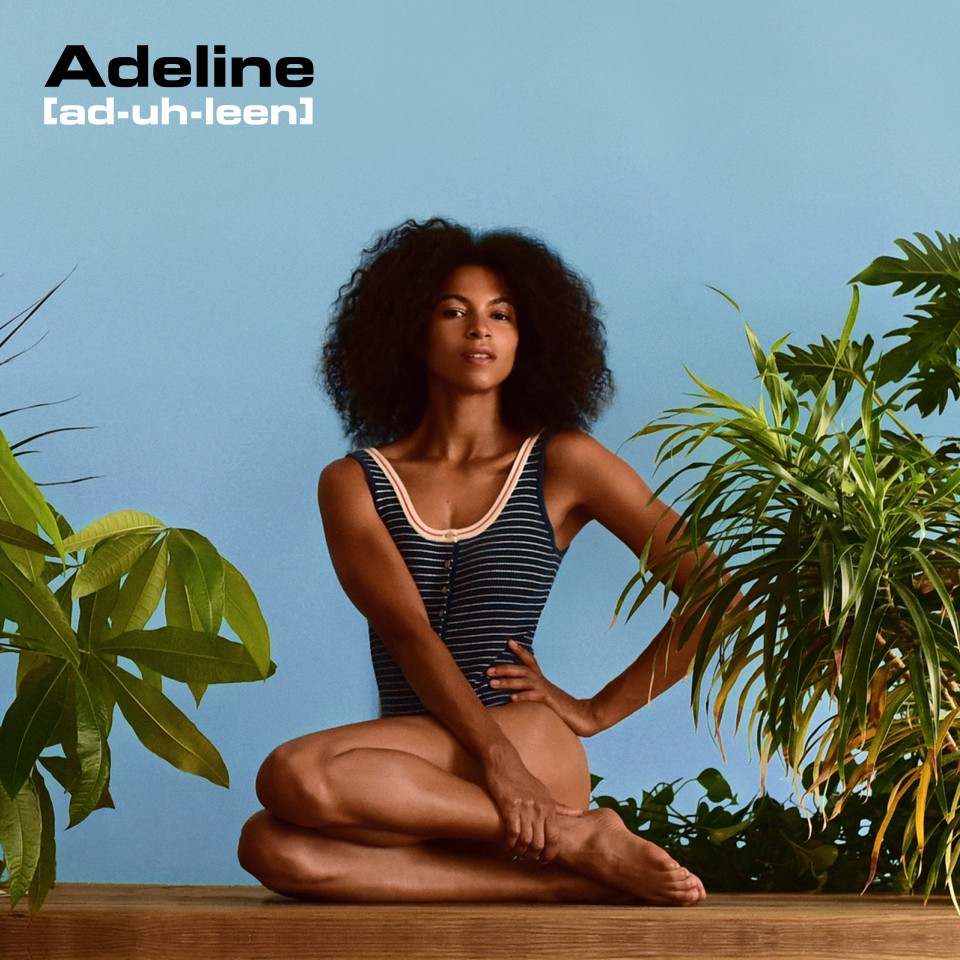