Thirty years ago, bullets ripped through the night in Beijing's Tiananmen Square, leaving hundreds if not thousands of unarmed protesters dead in a bloody crackdown by Chinese troops on the student-led demonstrations.

Today, China's economy is the second-largest in the world, and its people are in general more prosperous, but when it comes to remembering the June 3-4, 1989, Tiananmen massacre, much remains off-limits for open discussion, while the younger generation seems unaware and even uninterested in what happened.

The bloodshed, the sound of gunfire and armored vehicles rolling through streets in and around the square from dusk till dawn, however, became an unforgettable memory for surviving witnesses.

"I heard gunshots, I felt the heat (of passing bullets), and when I turned around, I saw bullets holes (in the Beijing Hotel) behind me," Johnny Lau, a Hong Kong political commentator who in 1989 was in Tiananmen Square as a newspaper reporter, said in a forum.

Lau, who was subsequently targeted for siding with the "counterrevolutionaries," recalled the close encounter he had with the military crackdown.

"Then, a group of ordinary people, unarmed, walked up to the soldiers, scolding them for opening fire at the people. All of a sudden, another round of gunshots rang out, and they all fell."

"Later I found out that about 350,000 troops from across the country had gathered in Beijing as part of a show of force in what was believed to be an intraparty power grab," Lau added. "But whatever the causes, it was unforgivable for the military to open fire at the people."

According to declassified diplomatic documents and casualty statistics, the death toll from the crackdown was estimated at between hundreds and 10,000. The Chinese government has always denied any wrongdoing, first describing the event as a "counterrevolutionary riot," then as "political turmoil" that was settled and needed no more attention.

Another journalist, Leung Wai-man, then a rookie reporting on the student demonstration in Beijing, said she witnessed many citizens killed while trying to block armored vehicles from proceeding.

"It's a pity that some people are forgetting (about the movement), isolating themselves from it and some even tried to (ignore) it," Leung said. "June 4 deserves to be redressed." 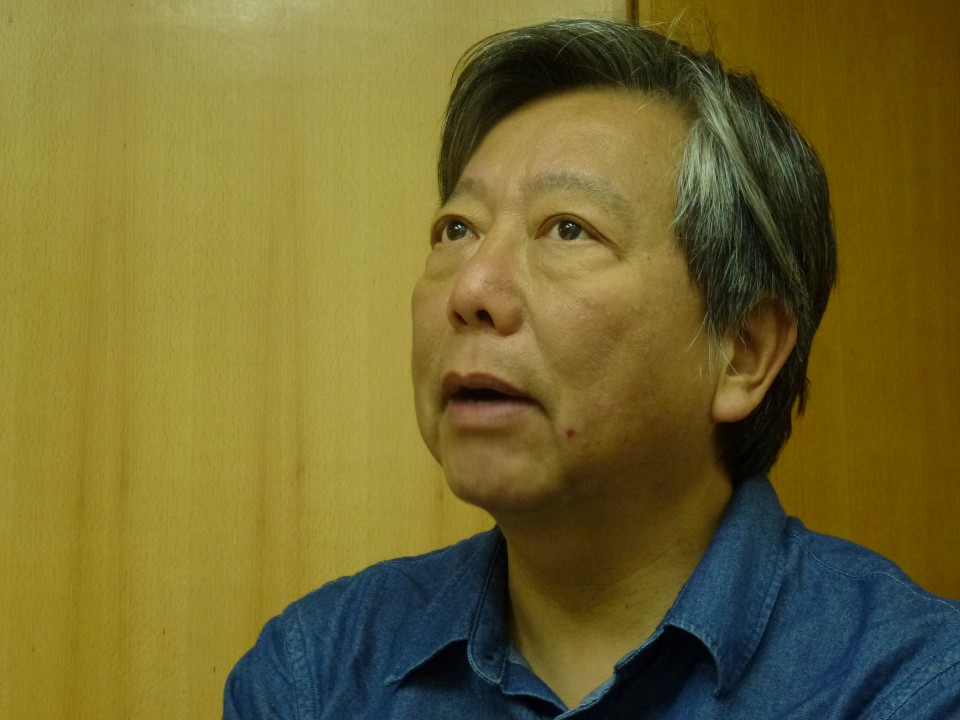 Lee Cheuk-yan, a former lawmaker and veteran activist of the Hong Kong Alliance in Support of Patriotic Democratic Movements in China, a local group set up two weeks before the massacre in support of the students in Beijing, said Hong Kong people were once united in anger.

The alliance has been holding memorials commemorating the deceased every year since. Although turnout has fluctuated, young students have comprised a significant portion, until recent years as anti-China sentiment started growing.

"People of my generation hold different views on China from those of the younger generation," Lee said in a separate interview. "We grew up with a China suffering in hardship, while young people today grow up with a China acting like a bully, rich but ill-mannered. How would they feel connected with today's China?"

"But like us, they also oppose the Communist regime and want to end one-party dictatorship, except that they do not like it when we say out loud 'Build a democratic China!'" he said.

The alliance has maintained five demands for Beijing: release democracy advocates, offer redress for the victims of the crackdown, seek accountability for those responsible, end one-party dictatorship, and build a democratic China.

Tens of thousands of people gather annually at Hong Kong's Victoria Park on June 4 to commemorate the victims, because the territory, and nearby Macau, are the only places on Chinese soil that allow such memorials.

The former British colony also served as a pivotal base for what was known as "Operation Yellowbird," a rescue operation that helped some 500 Chinese dissidents flee abroad, including key student leaders Wu'er Kaixi and Chai Ling.

But Lee said Hong Kong in recent years has played along with the Chinese authorities' tightening grip on the territory, especially under the leadership of President Xi Jinping, who "differs from his predecessors who put Hong Kong on a loose leash. Xi wants to control everything."

The government proposed in March a law change that will allow fugitives to be transferred to places with which Hong Kong does not have an extradition treaty, including mainland China, and that has stoked fear among those who do not trust the Chinese judicial system. 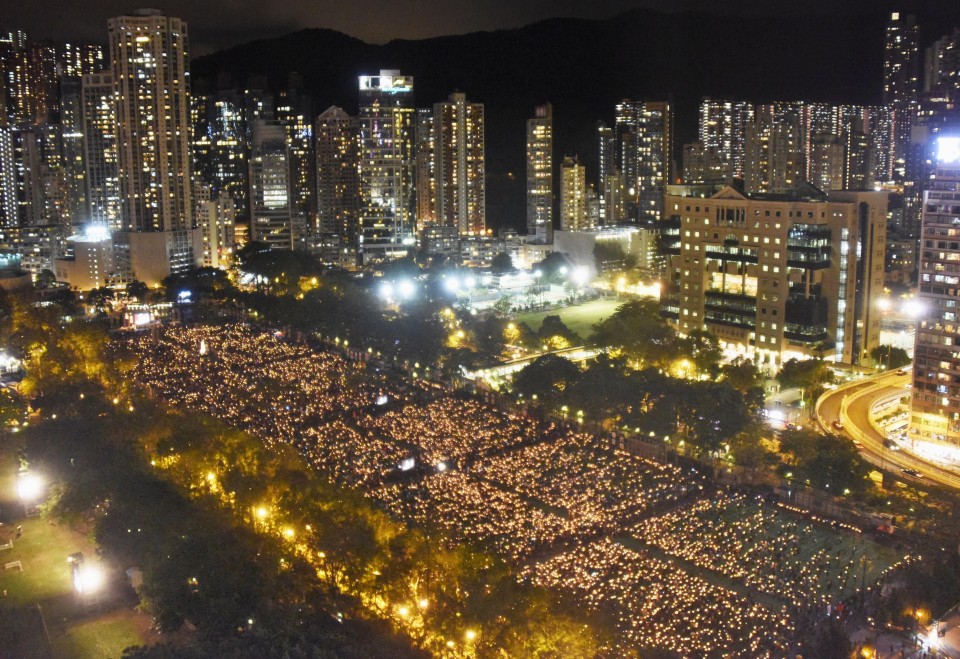 (People holding candles take part in an event at Victoria Park in Hong Kong on June 4, 2018.)

Publication of a memoir about the rescue operation has had to be postponed since the author wanted to edit out some names mentioned in the book, Lee said, over worries that those people could be implicated once the amendment bill passes.

"Who knows when advocates for democracy could be targeted (by the extradition law)? The Chinese Communist Party is an expert at punishing people using laws, and Hong Kong is quickly learning to do the same," he said.

Student groups have started avoiding the annual memorial in recent years, accusing it of becoming a cliche, while some of them have shifted their focus toward Hong Kong's democratic development, rather than advocating for democracy in China.

"If people become apathetic, have no feeling towards right and wrong and become silent, then that will empower all evil forces to do whatever they like," said Albert Ho, chairman of the alliance. "We must fight the evil forces; it is so important to uphold human decency."

Tiananmen Mothers, a group of parents whose children were killed in the crackdown and who have through the years been demanding justice for their loved ones, were being tightly watched, according to U.S.-based media Radio Free Asia.

Zhang Xianling, one of some 200 members of the group, said in a clip on social media that they will continue to demand truth, compensation, and accountability from the government.

"Our movement is not defined by how pessimistic or optimistic we are. It's about shouldering a moral responsibility, and persevering despite the impossibility," Ho said.