Japan captain Michael Leitch is targeting the Pacific Nations Cup game against Fiji on July 27 for his long-awaited return to action.

The 30-year-old back-row forward has not played since last Dec. 15, due to a chronic groin injury, but he is back training with the national team and hoping to get some meaningful match time against Fiji, Tonga and the United States in the PNC, and South Africa on Sept. 6, before the Rugby World Cup kicks off on Sept. 20.

"I've got four games to get ready. That and my 10 years of experience," Leitch told Kyodo News this week at the team's training camp in Miyazaki.

Leitch's injury had caused such concern in the team after it flared up again in March, that he was flown back to New Zealand for further scans, and they have brought in a specialist from Down Under to ensure all can be done to get their talismanic captain back to full fitness.

"Last week was the first time I trained without pain," Leitch said. "I'm starting to come right at a good time and I'm looking at returning for that Fiji game and the PNC. Otherwise I'll be a bit nervous coming into the World Cup with no games under my belt."

His importance to the Brave Blossoms, who kick off their World Cup campaign on Sept. 20 against Russia, was summed up by coach Jamie Joseph, who said he would hold off "until the night before or even an hour before the Russia game" before deciding whether Leitch could play. 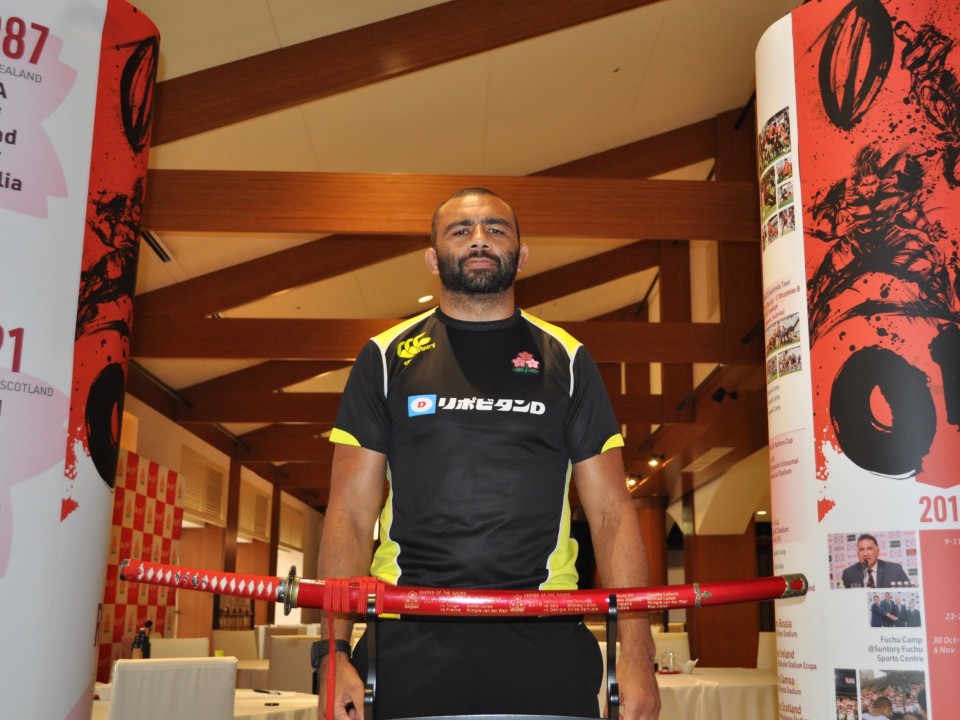 Rugby: Australia boss says Japan must prep for a different kind of fan

"He is very competitive, a good rugby player and a good leader," Joseph said of the Tokai University graduate, who is set to play in his third World Cup. "He's only just started his training and the rest of the players have got a six-month start. We don't want to push him too fast."

Leitch's first World Cup in New Zealand in 2011 was in the land of his birth, but he said that "didn't feel special at all to be honest."

By contrast, "having the World Cup here in 2019, two World Cups later, to host it and to play for Japan is something really special."

Of the 42 players in the initial World Cup squad, just 12 played in 2015, but the Toshiba Brave Lupus forward said lack of experience was not an issue.

"If it was zero that would be a worry," he said. "But we've got a good mix of players" who have played the likes of England, New Zealand, France, Ireland and Australia over the last two years, "so they have a number of high-quality games under their belts."

"I wouldn't say I would be worried, I'd say I would be more excited because it is the first time (for them) to play at a World Cup, playing as the home nation, and they'll be raring to go. At least I hope they are."

Leitch said the team have talked about the pressure of a World Cup, and the senior players have passed onto the younger ones what it means to perform on that stage, and how things are different from an average test match.

Like Joseph, Leitch believes the team are in a far better position than in the past.

"We're 10 times stronger mentally," he said when asked how the current Brave Blossoms compared to the team of 2011.

And while the Japan team may have lost the "cover" that saw them come into the 2015 tournament as rank outsiders, Leitch sees that as a positive rather than a negative.

"I wouldn't say everyone is after us. They see us a genuine threat which is great because that is a sign of respect. And that's great because Japanese rugby has never had respect before. It's a good sign too (of things to come)."

And with that new-found respect, how far can Japan go in the tournament?

"There's no reason we can't beat the teams in our pool," he said of a group in which they face Ireland, Russia, Samoa and Scotland, before adding his goal is to "win every game. We have to set our targets high and keep driving for it."

While the general feeling is Japan will target Scotland in the hopes a victory on Oct. 13 will see them reach the last eight, Leitch said the focus will simply be on Russia, once the Pacific Nations Cup and the warm-up game against the Springboks have been played.