Miyo Yoshida made it a clean sweep of titles for Japanese fighters by capturing the vacant WBO women's super flyweight crown.

The 30-year-old Ioka had fought for the same title on New Year's Eve in Macau, but lost in a split decision to Filipino boxer Donnie Nietes, who secured his fourth weight class world title with the win.

"It's been a long time since I fought in Japan, and I'm so happy to be able to achieve this record here," said Ioka, whose record improved to 24-2 with 14 wins by knockout. 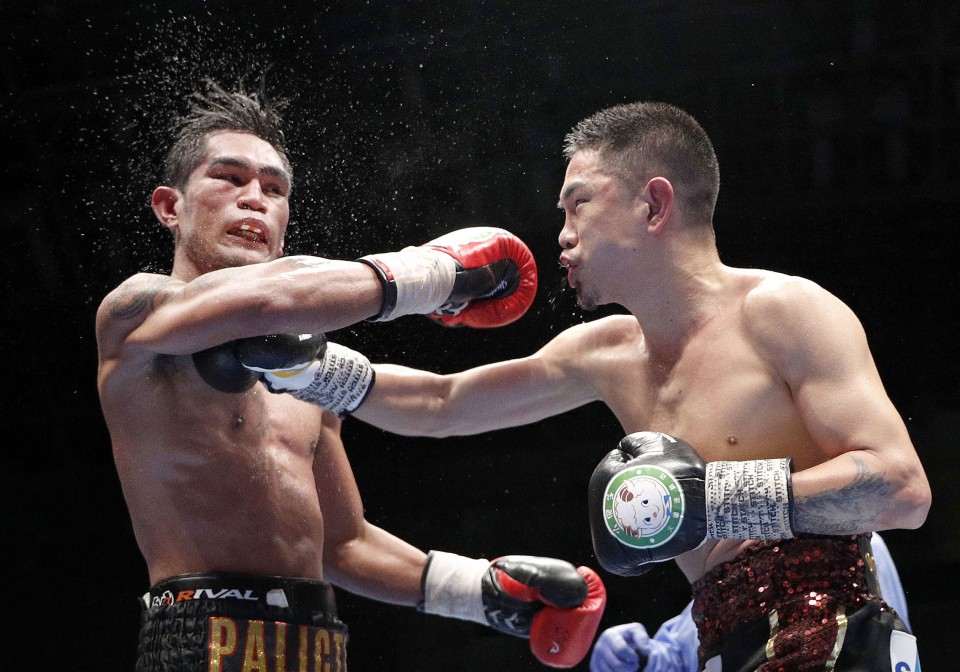 (Japan's Kazuto Ioka (R) throws a punch at Aston Palicte of the Philippines.)

The fight began like a chess match as Ioka deftly ducked several of Palicte's blows, then came underneath to attack and nullify his opponent's six-centimeter reach advantage.

But as the fight wore on and both fighters appeared to lose the spring in their legs, it became a straight-on punching battle that allowed Ioka to take control.

Kyoguchi won a unanimous decision to improve to 13-0. His knockout total remained at nine when his fight with previously undefeated Thai Tanawat Nakoon went the distance. Tanawat's record fell to 11-1.

Yoshida's victory, by decision over Casey Morton of the United States, improved her record to 13-1. Morton is now 8-2 with three draws. 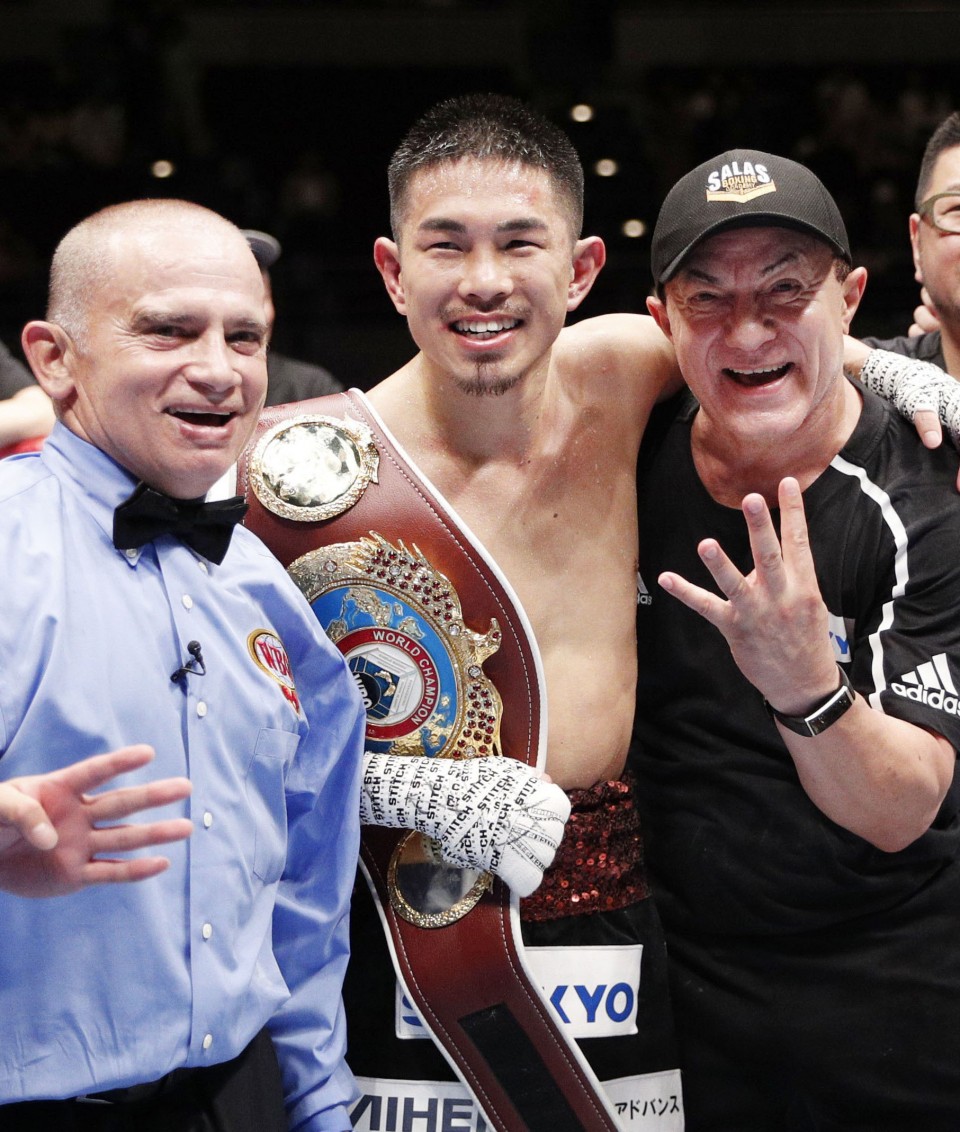