Taking a cue from soaring world prices for vanilla, a farm in Okinawa has started cultivating the valuable spice in an initiative aimed at boosting employment of disabled and low-income workers in Japan's southernmost prefecture.

Vanilla is called "green gold" for the prices it fetches, reflecting the labor intensive production process. About 80 percent of world supply currently comes from Madagascar, but it has become even pricier recently with supply affected by natural disasters and speculative trading, causing a collapse of imports of the spice to Japan. 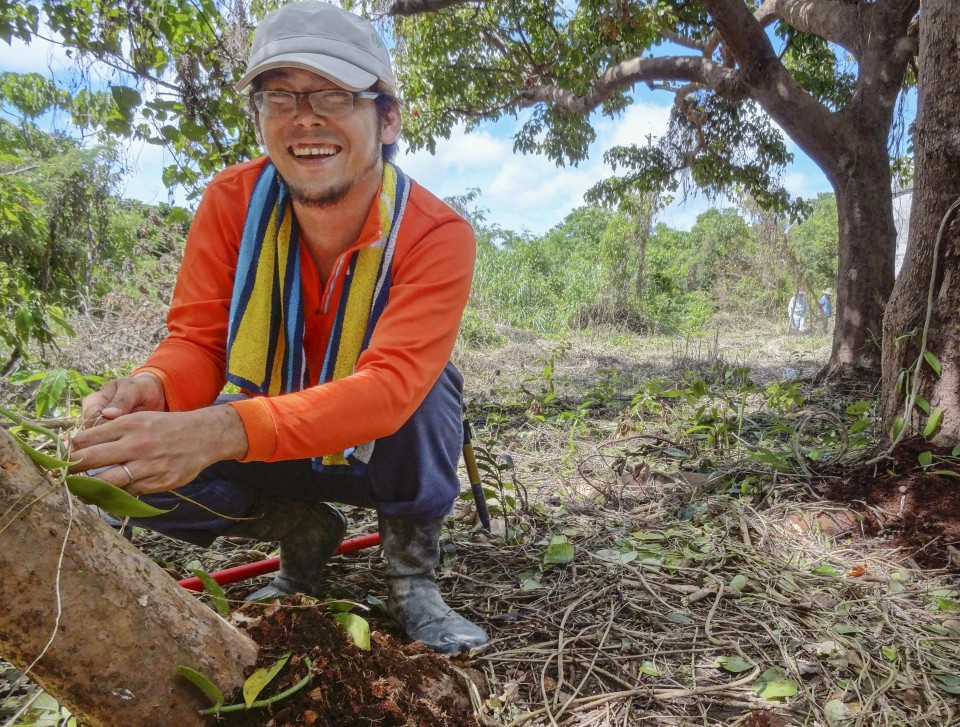 The Okinawa initiative was launched by local farm producer Solfa Community and Tokyo-based nonprofit group Decent Work Labo, which offers a consulting service for employment of the disabled.

But it has also attracted the interest of Japanese pastry chefs seeking a stable supply of vanilla beans, with Club Harie Co., a confectionery maker in western Japan's Shiga Prefecture, providing some of the funding.

As the sun beat down on June 7, Solfa Community planted the first vanilla seedlings at the farm in Kitanakagusuku village. The company, which has been growing organic produce such as bananas, already counts many people with mental or physical disabilities among its hires.

Atsushi Kawabata, 54, who was using a chainsaw to cut down trees at the farm on the first day of the project, has a learning disorder that makes it difficult for him to remember words. "But I love working and this is fun," he said, wiping away sweat.

The farmland is still like a jungle, having been untended for more than 30 years. Most of the village's agricultural plots have become abandoned because of its aging population.

Solfa Community plans to cultivate 15,000 square meters of land and to plant 1,500 vanilla vines by the end of this year, with harvesting to take place in two to three years' time. 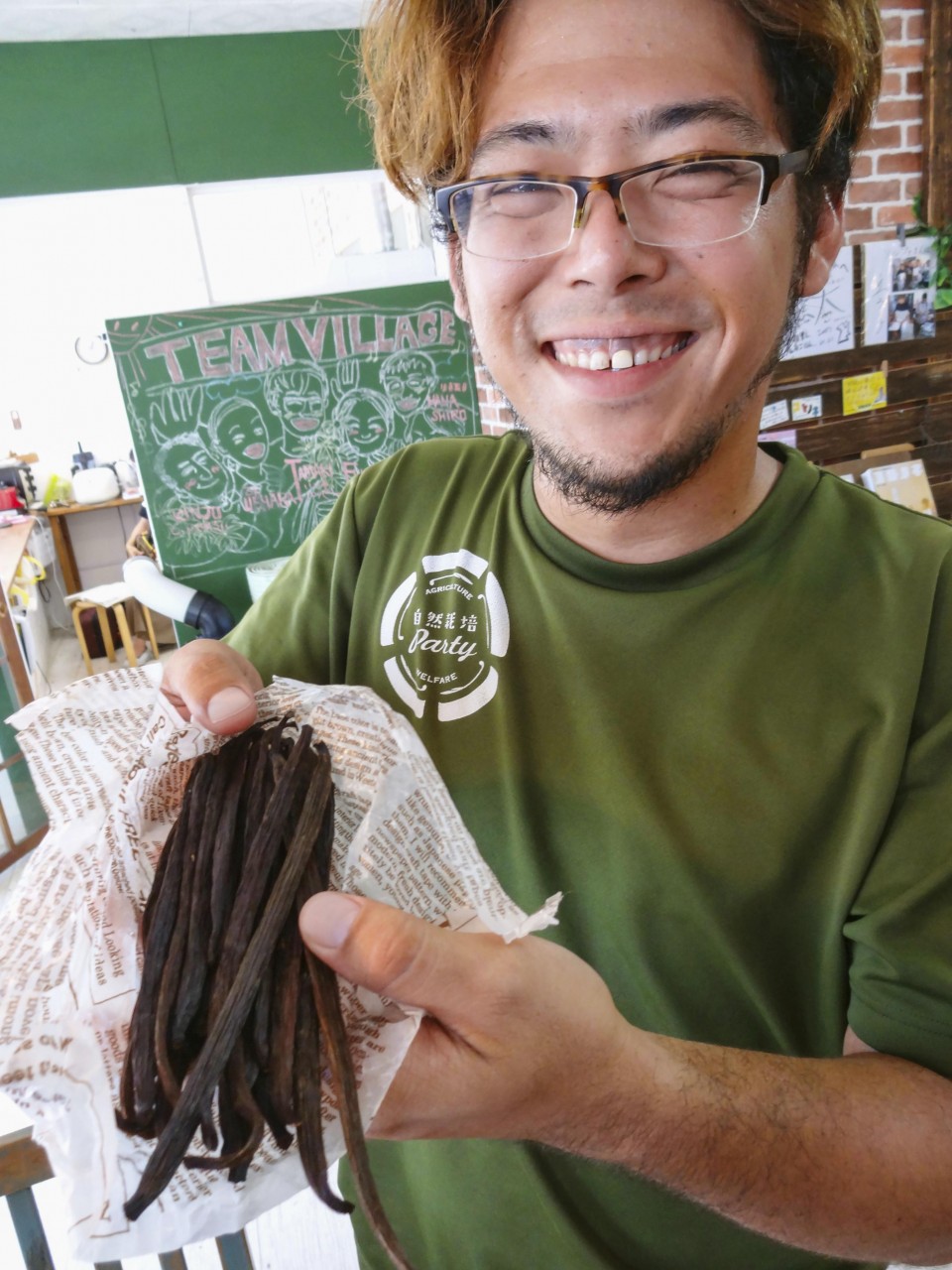 Suguru Tamaki, the 35-year-old representative of Solfa Community, is enthusiastic. "We would like (for this project) to not be limited to disabled people but also create jobs for people with low income, and help resolve Okinawa's poverty," he said.

"I don't care if they fail. I want to encourage our young people to take up the challenge," said Kitanakagusuku Mayor Kunio Arakaki, 63.

Ayaka Nakao, 36, head of Decent Work Labo, said her group came up with the idea of producing vanilla domestically because of its skyrocketing prices.

The price of vanilla bean imports to Japan has jumped more than 10-fold in the past five years, reaching 60,000 yen ($560) per kilogram in 2018, according to the Finance Ministry's trade statistics. The volume of imports has dropped by almost half.

"It has become harder for consumers to easily enjoy vanilla. The black vanilla specks have disappeared from ice creams and puddings" in Japan, Nakao said.

The patisserie industry in the country is now facing a serious situation due to the vanilla price hikes. 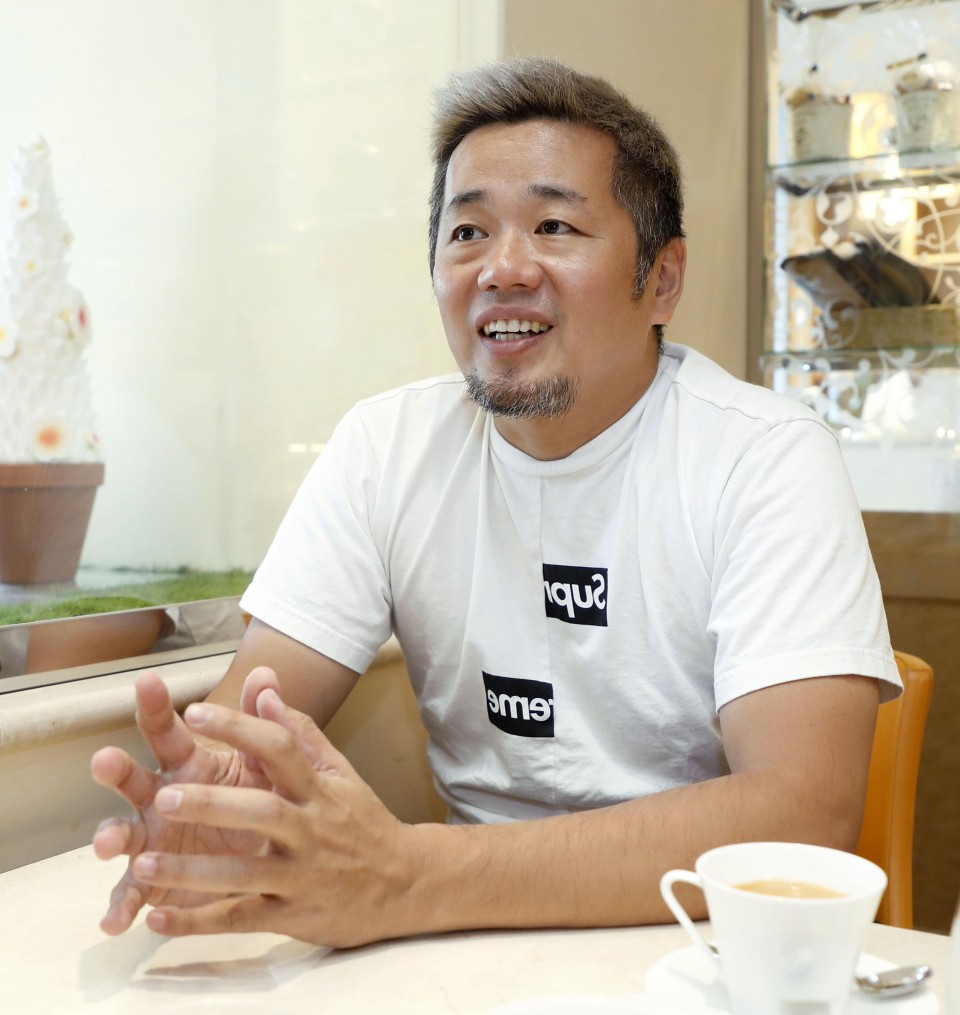 "We are in a crisis situation as we may be forced to give up using vanilla," said renowned pastry chef Takao Yamamoto, the 46-year-old president of Club Harie. "We want to make fragrant vanilla" with the farm.

Success will rest on the three-month fermentation and drying process after the harvest of bean pods grown on vanilla orchids. 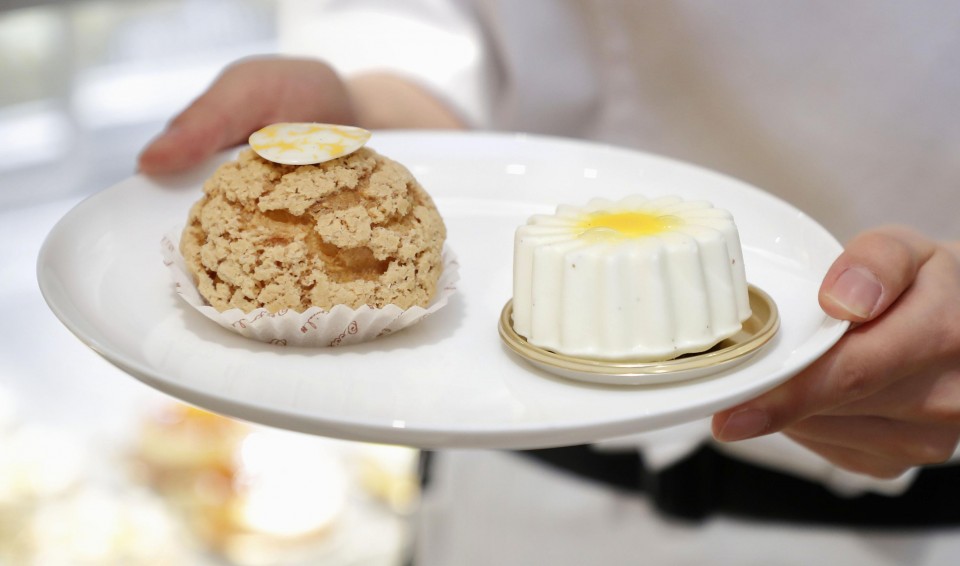 (Products made with vanilla at a shop from the Club Harie group.)

Although vanilla has been domestically cultivated, in such prefectures as Fukuoka and Miyazaki, Japan's processing technology still is far from producing a rich flavor. Japanese patisserie chefs describe the aroma of domestically cultivated vanilla as "less than one-tenth of the Bourbon vanilla made in Madagascar." 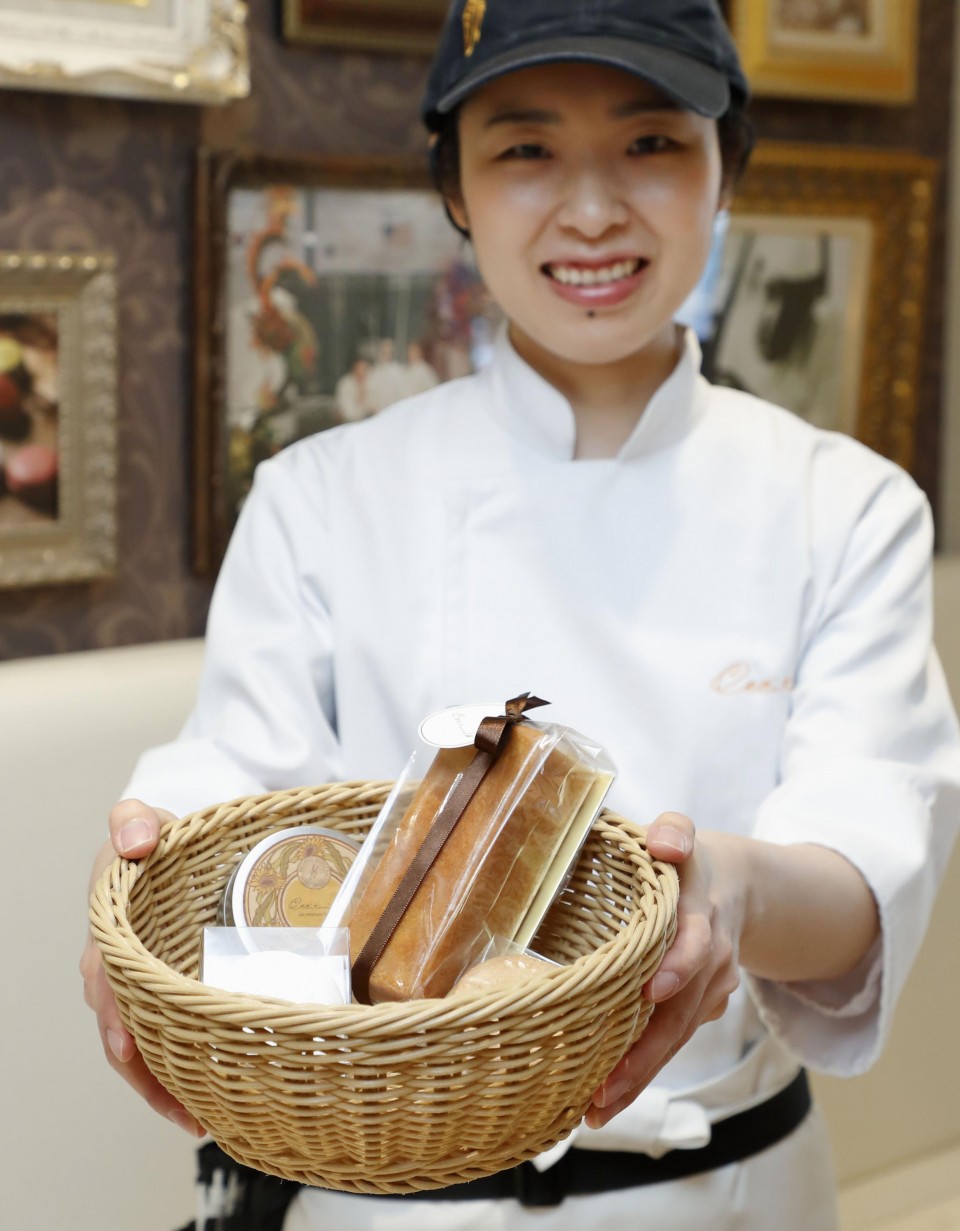 (A staff member shows products made with vanilla at a shop from the Club Harie group.)

Solfa Community's representative Tamaki gained experience by working as an apprentice at a vanilla farm in Mexico, which has historically cultivated the spice.

"We are experimenting and applying our knowledge simultaneously. It's fun because we don't know how successful we'll be," he said.