Japan will restart commercial whaling on July 1 in Kushiro, Hokkaido, following a three-decade hiatus after the government announced its withdrawal from the International Whaling Commission in December, a local fishery source said Friday.

A fleet of five vessels belonging to six whaling operators from Abashiri in Hokkaido Prefecture, Ishimaki in Miyagi Prefecture, Minamiboso in Chiba Prefecture and Taiji in Wakayama Prefecture, who have been conducting the last round of Japan's so-called scientific whaling around Abashiri port since June 1, will embark on the mission.

Whaling operators are making final arrangements with relevant bodies to hold a ceremony the day they set sail from Kushiro, where they will commence their activities for around a week.

Japan begins last round of "research" whaling off Pacific coast

Each vessel will then separately fish for Berardius whales off Minamiboso and other areas until around the end of August. They are expected to regather in Kushiro in September before embarking to hunt minke whales until October.

Japan halted commercial whaling in 1988 in line with a moratorium adopted in 1982 by the IWC. But it has hunted whales for what it claims are research purposes ever since, a practice criticized internationally as a cover for commercial whaling.

Japan will hunt whales in nearby waters and within its exclusive economic zone but not in the Antarctic Ocean, where the country has carried out "scientific whaling."

Around 200,000 tons of whale meat was consumed in Japan each year in the 1960s, but the figure has fallen to around 5,000 tons in recent years, according to government data. 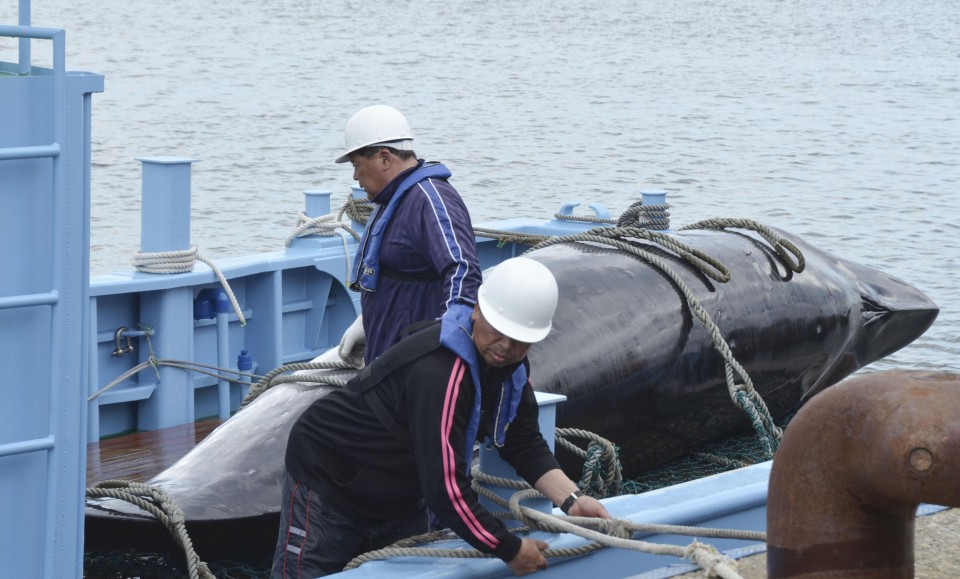 (Photo taken on June 1, 2019, in Abashiri on Japan's northernmost main island of Hokkaido shows a minke whale caught by one of five vessels which has taken part in the last round of what Japan calls "research" whaling off the Pacific coast.)