Urawa Reds poured it on in driving rain on the road, beating South Korea's Ulsan Hyundai 3-0 to secure a spot in the Asian Champions League quarterfinals behind two goals from captain Shinzo Koroki on Wednesday.

Koroki's 41st-minute goal pulled Reds within one goal of salvation after a 2-1 home loss the week before. With the fixture even 2-2, Koroki scored again in the 80th minute before Ewerton ended it with an 87th-minute backbreaker that sent Reds through 4-2 on aggregate.

"So many of our fans made the trip here to support us, and I'm so thrilled we could present them with this victory," Koroki said. 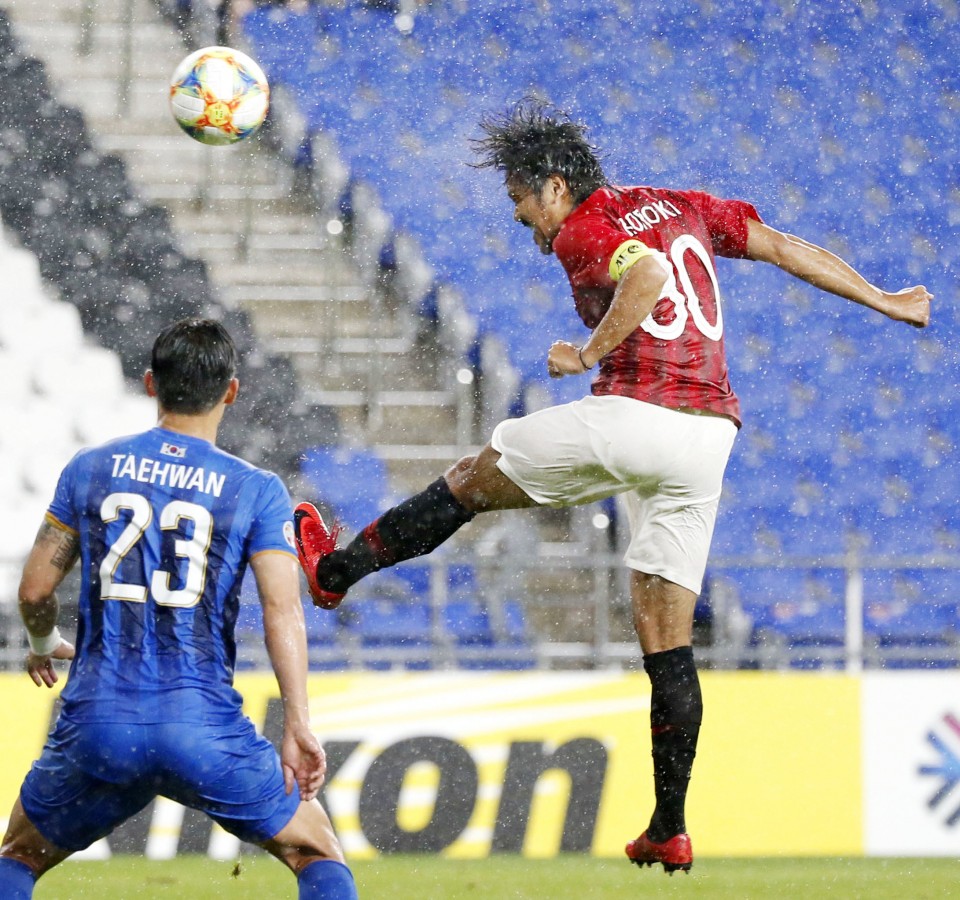 With Ulsan playing back and looking to hit on the counter, Reds had plenty of possession but were unable to put away several early opportunities, with Fabricio coming close twice and defender Tomoaki Makino heading onto the post from a corner.

From start to finish, Ulsan let Reds have the initiative and the visitors never played like they were down a goal, something Koroki remedied as the first half drew to a close.

Unmarked in the center of the box, he rose high to head home a cross from Tomoya Ugajin that just cleared the head of a leaping defender. 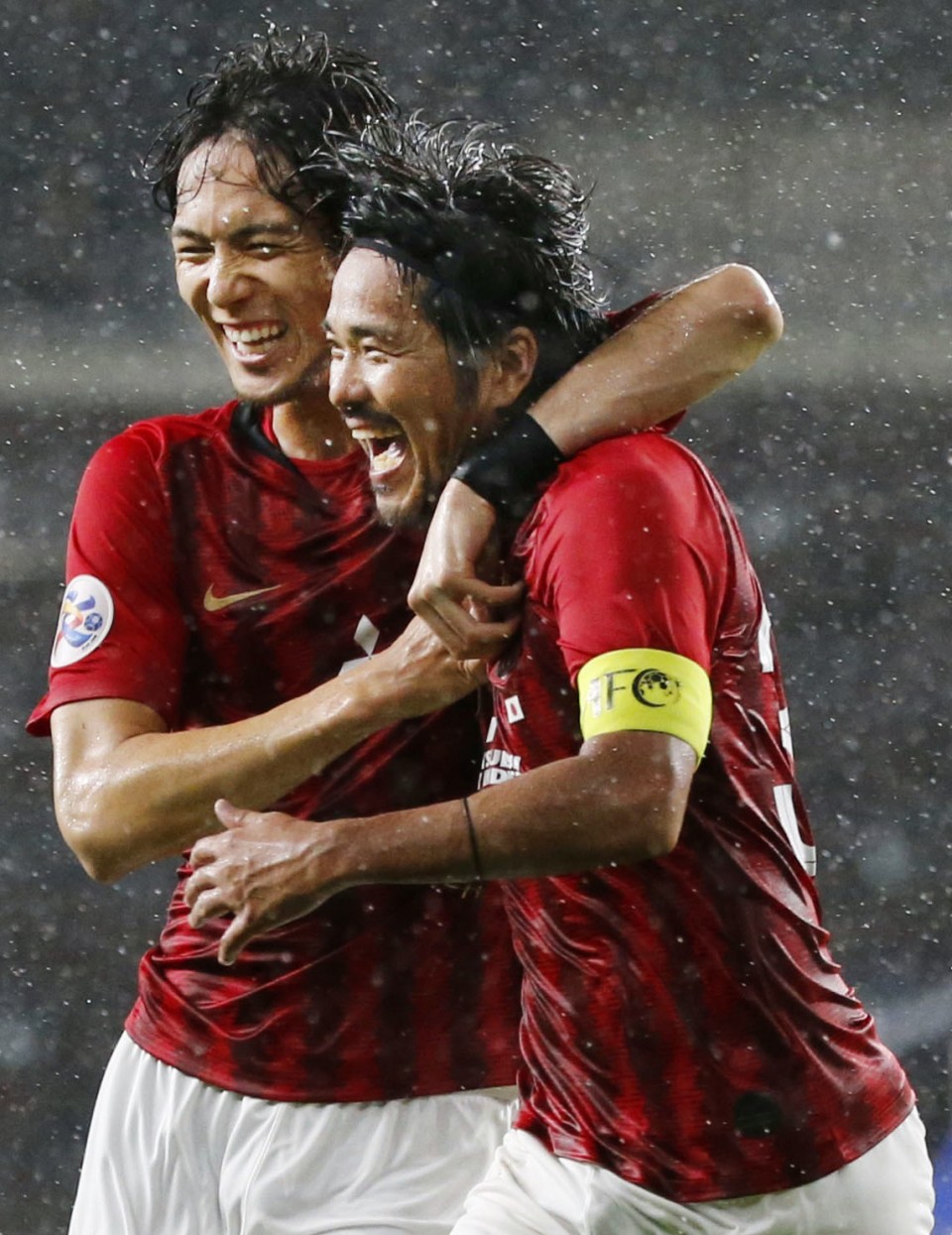 The visitors continued to set a deliberate tempo in a second half that got more physical as the minutes ticked away. At one point, three Ulsan players were sprawling on the deck after a free kick with Reds defender Mauricio engaged in a shoving match with Ulsan keeper Oh Seung Hoon.

Football: Kashima advance to ACL q'finals on away goals against Hiroshima

Despite needing to score at least another goal to overcome Ulsan's two away goals, Reds kept their cool. The visitors slowed their attacks and moved the ball around the edge of the penalty area with impunity until cracks in the defense presented themselves.

Only seconds after a volley of his barely missed, Koroki bagged his second, heading in a long cross from Mauricio. 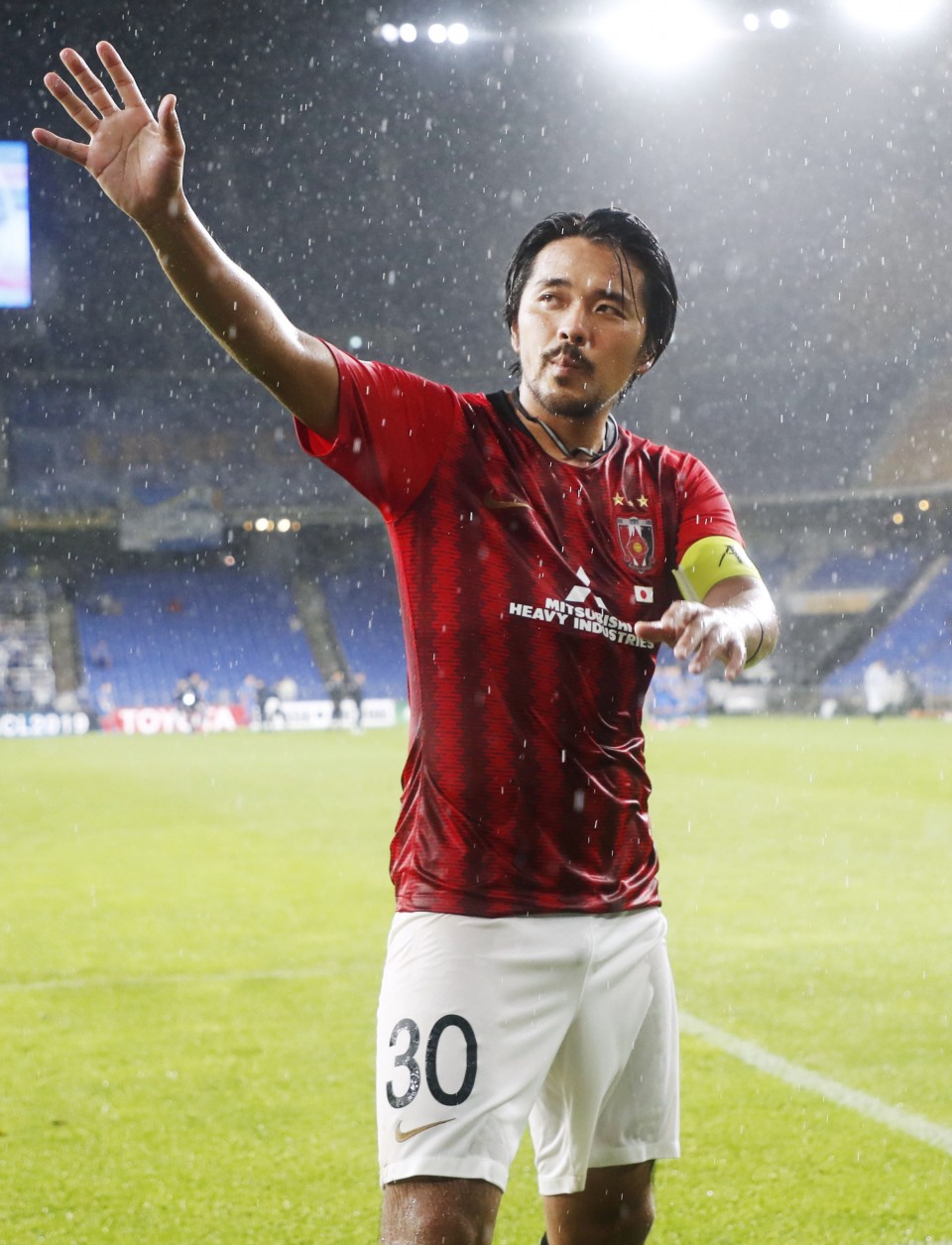 Having surrendered their advantage, Ulsan's defense crumbled. Kenyu Sugimoto, who came on in the 66th minute headed a pass into Ewerton's path, and the Brazilian never broke stride as he slammed his shot into the net.

On Tuesday, defending ACL champions and J-League rivals Kashima Antlers booked their berth in the quarterfinals by dispatching Sanfrecce Hiroshima.

The draw for the quarterfinal games to be held in August and September will take place on Tuesday.