Although 30 years have passed since the mass uprising in Beijing's Tiananmen Square, during which time China has become an economic superpower, the country's Communist Party is struggling to prevent a recurrence of a similar incident.

In particular, the government led by the ruling party has strengthened information regulation and promoted education to develop patriotism, while often fueling sentiment against Japan, which invaded China in the early 20th century.

The current Chinese leadership is likely to bolster such measures aimed at controlling the thoughts of its citizens, as a slowdown in the economy, triggered by a trade war with the United States, has threatened the dignity of President Xi Jinping, analysts say.

Following the 1989 death of Hu Yaobang, who was sacked as general secretary of the Communist Party two years earlier for his liberal leanings, students rallied to call for democracy and government efforts in fighting rampant corruption. Support for the protest grew, as people kept pouring into Tiananmen Square.

The protest defied martial law, declared in late May, and inspired big rallies across China. But from late June 3 into June 4, Chinese troops and armored vehicles cleared the square by force, killing hundreds, possibly thousands, of protesters and bystanders. 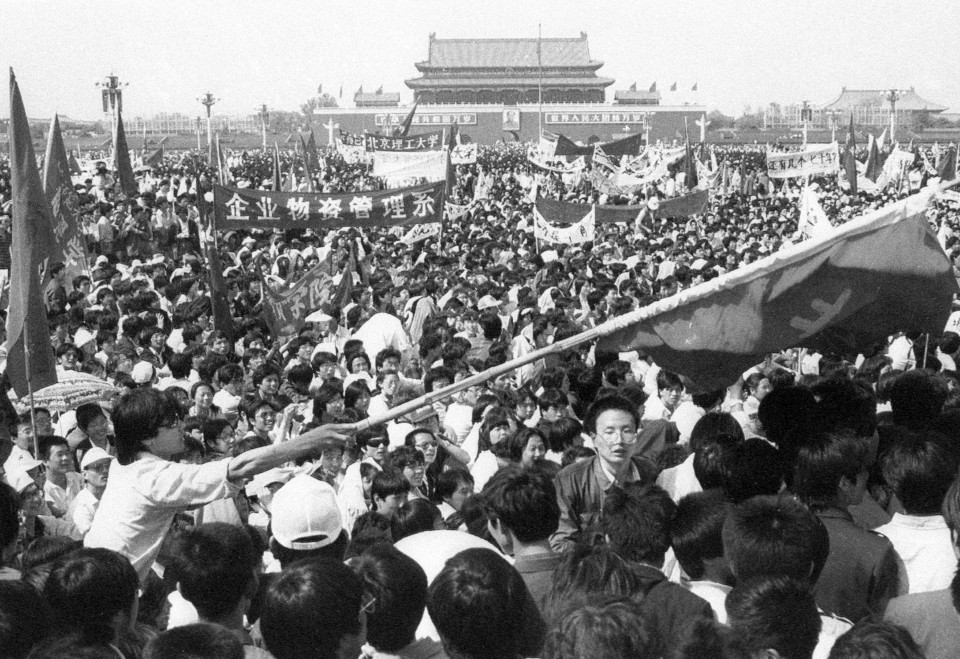 The Chinese government has never offered a full accounting of the crackdown. The incident has remained taboo for the past 30 years and the authorities have censored internet materials related to the protest at the Tiananmen Square.

"During the last 10 years our biggest mistake was made in the field of education, primarily in ideological and political education," then Chinese leader Deng Xiaoping, who advanced the policy of reform and opening-up from 1978, said after the incident.

Former President Jiang Zemin, who was handpicked by Deng as the top of the Communist Party, launched a massive campaign of patriotic education, focusing on what China calls the "century of humiliation."

Citizens, including students, were taught that a revolution led by the Communist Party helped China overcome the period of intervention and imperialism by Japan and Western powers between 1839 and 1949.

Xi, who came to power in 2013, has also put emphasis on ideological education and spread the "Core Socialist Values" that deny Western democracy. In March, he ordered teachers across China to foster human resources who are loyal to the Communist Party.

In addition, Beijing has blocked access to many overseas websites like Google search, YouTube and Facebook, in a bid to prevent its citizens from seeing and obtaining information that would put the Communist Party and government in an unfavorable light.

Since earlier this year, access to Wikipedia -- a free, online collaborative encyclopedia -- has been banned in all languages in China under the so-called Great Firewall, its founder said, ahead of the 30th anniversary of the Tiananmen protest.

A female university student in Beijing, who was born in the late 1990s, told Kyodo News, "I use the internet every single day, but I really don't know about the Tiananmen incident you mention," highlighting how much young people have been restricted from information in China. 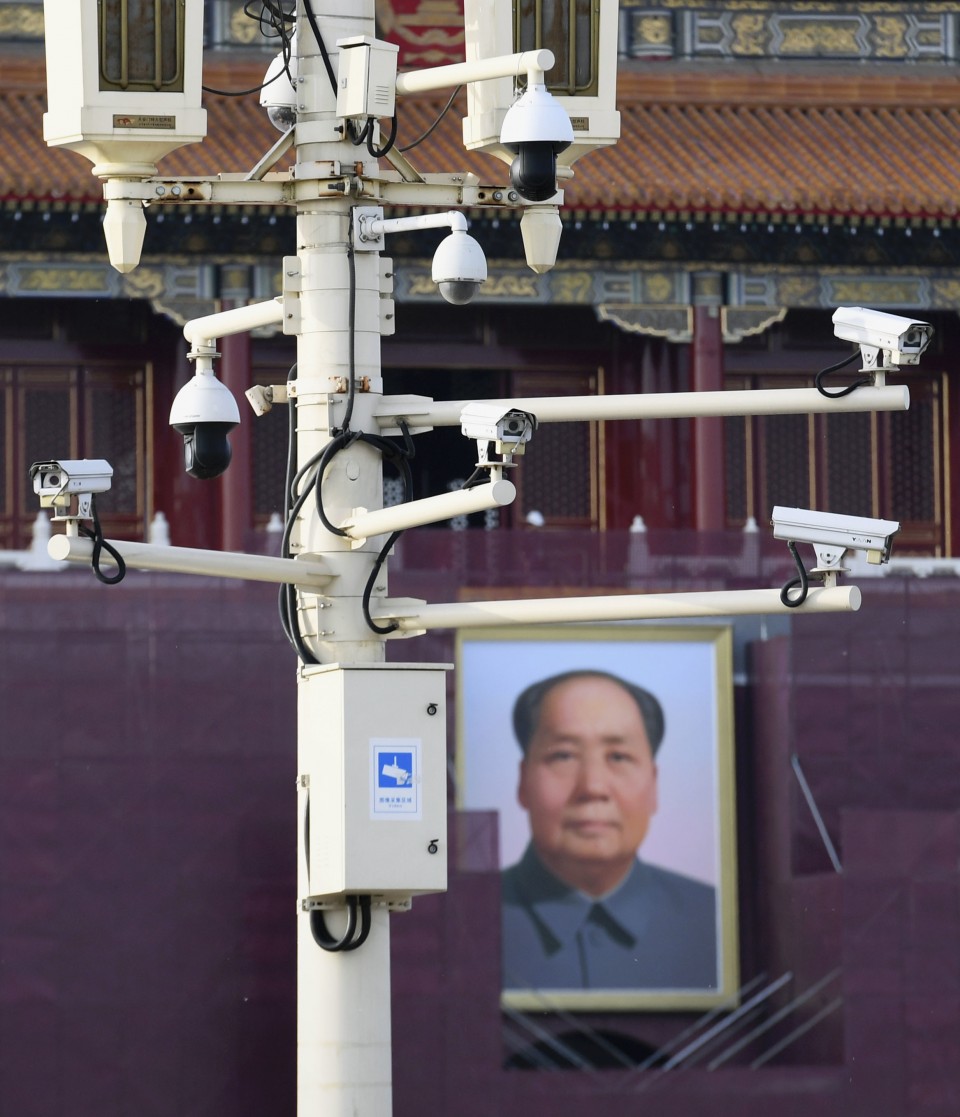 "Chinese people will continue to follow the path of socialism with Chinese characteristics," Foreign Ministry spokesman Geng Shuang said at a press briefing on Friday.

Many experts on China expect that Xi's leadership will tighten regulations to inculcate the ideology of the Communist Party and restrict internet access, with speculation mounting that an economic downturn has marred the credibility of the president.

So far, Xi has maintained his political clout on the back of robust economic growth. But once the economy deteriorates, many people, who lose jobs or assets, would start feeling antipathy toward the Communist Party, the experts say.

"Unfortunately, I think the situation will get worse before it gets better," said Sarah Cook, a senior research analyst for East Asia of Freedom House -- a nongovernmental watchdog on democracy, political freedom and human rights around the world.

The Communist Party, which has become insecure about its dominance, "has clearly decided to close as many loopholes in communication controls as it can," Cook said, adding Xi's leadership "is investing significant resources to do so." 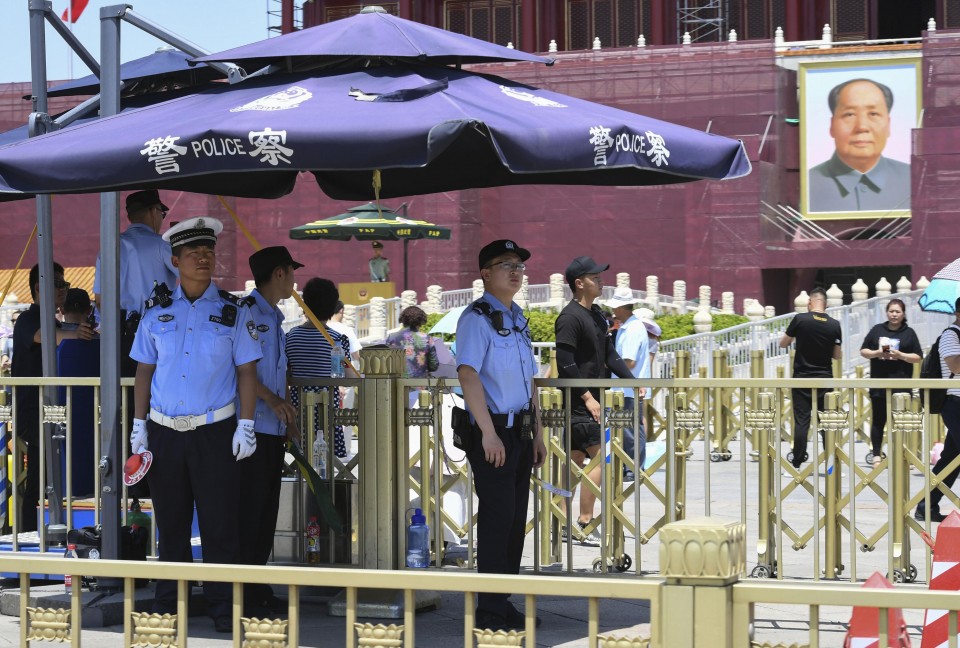 Stephen Nagy, a senior associate professor of politics at International Christian University in Tokyo, echoed the view, saying, "There is growing concern that criticism against Xi and bad economic news could topple the government or Xi if they gather monument."

"The leadership needs to control these perceptions to maintain their leadership but also to prevent social unrest and dissatisfaction with the leadership from achieving a critical mass," said Nagy, a fellow at the Asia Pacific Foundation of Canada.

Should China go too far, Sino-Japanese relations may sour again, a diplomatic source in Beijing said, voicing fears that the Communist Party is certain to use anti-Japan sentiment to stir up nationalism in China in the near future.

For years until late 2017, ties between Tokyo and Beijing had been at their worst level in decades over a territorial row in the East China Sea.

The situation, however, has changed recently, with 2018 -- the 40th anniversary of the signing and entering into force of the bilateral Treaty of Peace and Friendship -- serving as an incentive to forge better relations.