The fifth International Day of Yoga was celebrated across India on Friday, with Prime Minister Narendra Modi performing yoga postures along with 40,000 participants in India's eastern city of Ranchi.

Addressing the nation at the start of the event, Modi said, "Yoga has always been in our country and has been an integral part of our culture."

"Peace and harmony are related to yoga," he said, urging people across the world to "embrace yoga and make it an integral part of your daily routine." 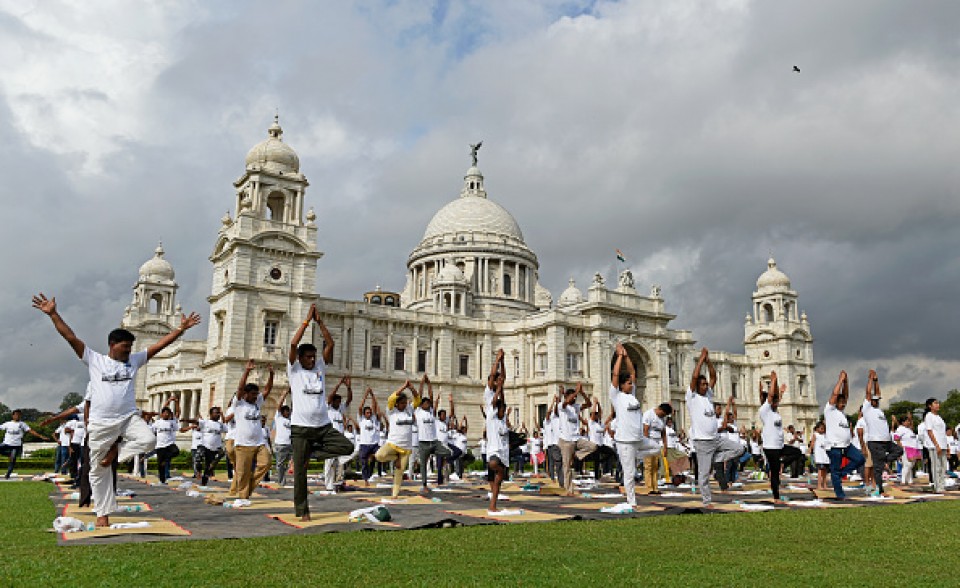 "Yoga transcends everything, uniting people irrespective of religion, age, caste, color and community. Yoga is everyone, and all are of yoga," he said.

Modi also said the government has been working to make yoga a pillar of preventive healthcare. He expressed particular concern about the high rate of young people in the country suffering from heart ailments.

"Yoga can play a huge role in tackling the issue and hence, this year's theme is Yoga for Heart," he said.

Modi added that the government is working toward building better infrastructure that supports a wider practice of yoga.

On Dec. 11, 2014, the U.N. General Assembly proclaimed June 21, the day of the summer solstice, as International Day of Yoga, and invited all members to observe it.

The resolution, which was based on Modi's proposal, recognized the benefits of practicing yoga, saying it "provides a holistic approach to health and well-being," and urged wider dissemination of information about it, saying it "would be beneficial for the health of the world population."

Since 2015, India has been observing the day annually on June 21.