Nadeshiko Japan will face England in their last Women's World Cup Group D match with a knockout-stage berth already guaranteed, but the 2011 champions are setting their sights beyond the round of 16, manager Asako Takakura said Sunday.

Currently second in the group on four points, Japan gained their place in the last 16 at the June 7-July 7 tournament in France following the United States' 3-0 defeat of Group F opponents Chile.

The result ensured Takakura's youthful squad would finish no worse than among the four best third-place sides, who will enter the knockout stage along with the top two teams in each of the six groups.

"This is one more step toward our goal, but (we) are aiming for something even higher," Takakura said Sunday through the Japan Football Association. 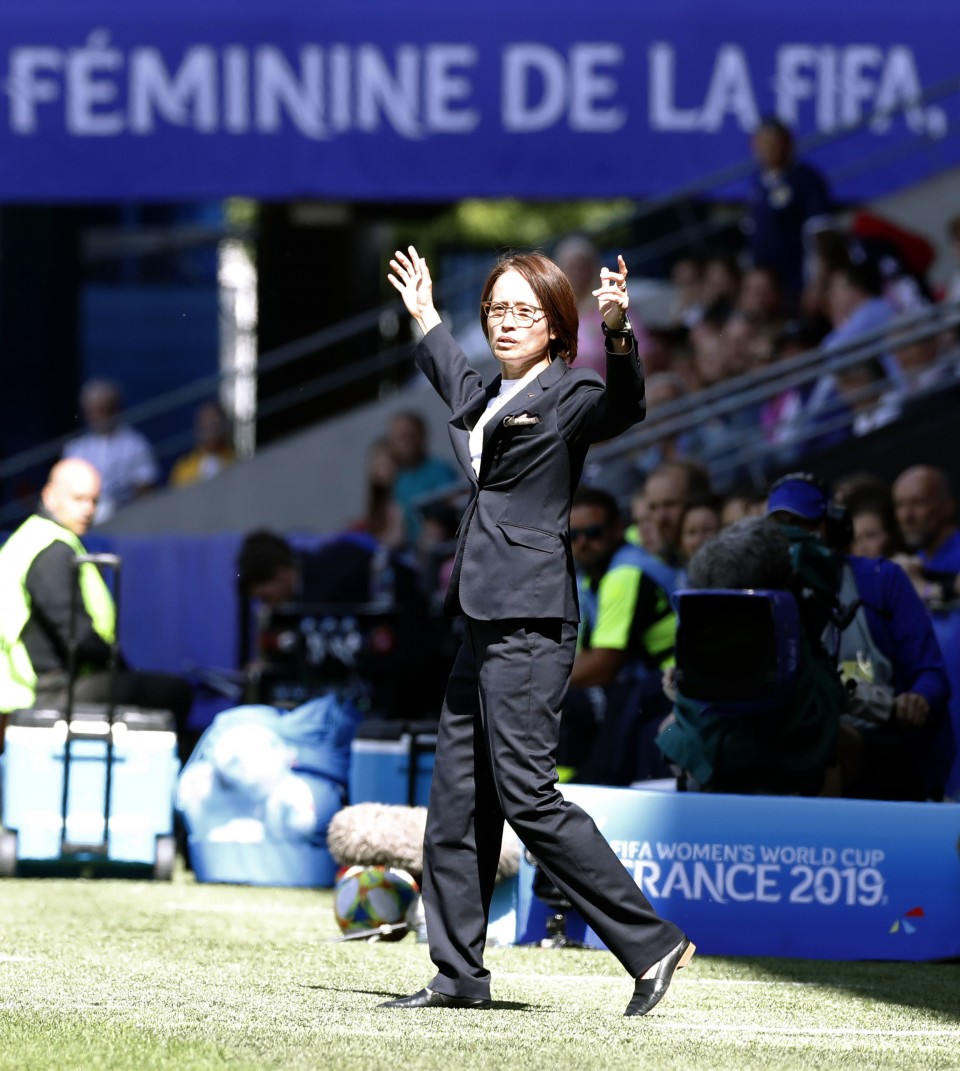 The top spot in the group -- and a potentially smoother path through the knockout stage -- will be on the line when seventh-ranked Nadeshiko Japan meet England at Stade de Nice on Wednesday.

One of the favorites to win the tournament, world No. 3 England sit atop the group with two wins from two.

The side managed by former Manchester United and Everton stalwart Phil Neville beat Japan 3-0 on their way to winning the SheBelieves Cup in the United States in March.

After a lackluster opening to their campaign, in which unfancied Argentina held them to a scoreless draw, Japan gave a much-improved performance in their 2-1 win against Scotland on Friday.