"I just received a beautiful letter from Kim Jong Un, and I think the relationship is very well," Trump told reporters on the eve of the first anniversary of the first U.S.-North Korea summit, held in Singapore.

Trump declined to reveal details of the letter, saying only that he received it Monday. 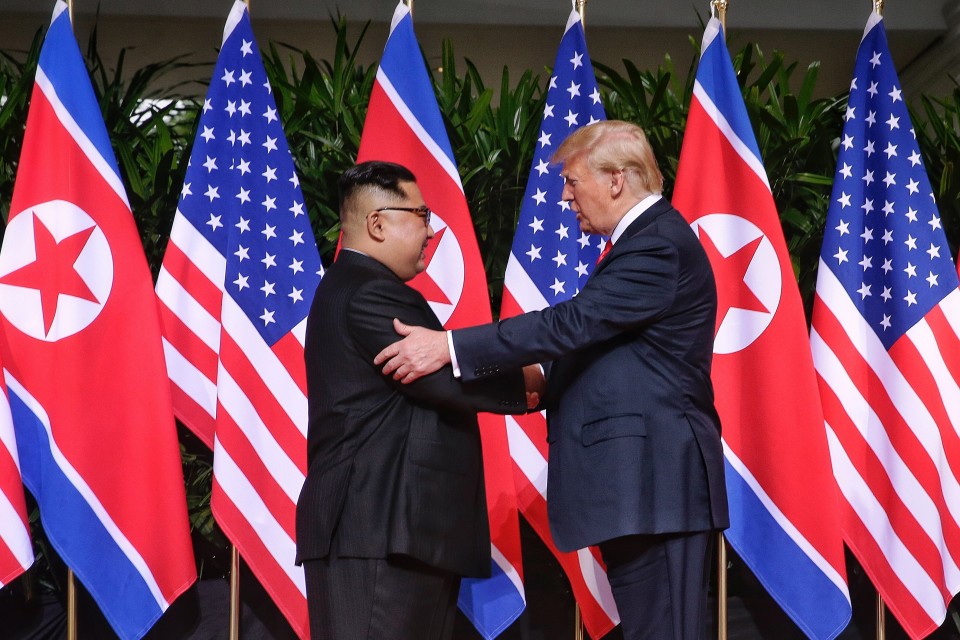 "I can't show you the letter, obviously, but it was a very personal, very warm, very nice letter," he said. "I think that something will happen that's going to be very positive."

Referring to a news report that Kim Jong Nam, the slain half-brother of Kim Jong Un, was a Central Intelligence Agency source, Trump said he would not allow it to use a member of Kim's family as an informant.

"I wouldn't let that happen under my auspices," he said.

Kim Jong Nam, killed in Malaysia in 2017, was a CIA source who met with agency operatives on several occasions, The Wall Street Journal reported Monday, citing a person with knowledge of the matter.

Bolton told an event in Washington that Trump has held the door open for dialogue with Kim, and that "all they have to do is give up the pursuit of nuclear weapons."

A second summit, held in February in Hanoi, ended without an agreement due to a gap over the scope of North Korea's denuclearization and sanctions relief from the United States.

"We're ready when they are," Bolton said. "So it's anytime that they want to schedule it."

At the first summit in Singapore, Kim promised to work toward "complete" denuclearization of the Korean Peninsula, while Trump committed to providing security guarantees to Pyongyang.