Japanese Defense Minister Takeshi Iwaya said Monday the crash of an Air Self-Defense Force F-35A stealth fighter into the Pacific Ocean two months ago was likely caused by "spatial disorientation" of the pilot, rather than technical problems with the aircraft.

According to the Defense Ministry, there were no signs the 41-year-old pilot tried to eject. He is believed to have lost his bearings during an ASDF exercise just before the crash -- the first reported in the world for an F-35A.

Iwaya told a press conference he plans to lift the ban on flights by the remaining 12 F-35As, and that Japan will keep the plan to purchase more F-35As from the United States and deploy a total of 105.

He added the ministry is taking measures, such as special inspections of the remaining 12 F-35As at Misawa Air Base in the northeastern prefecture of Aomori, and rigorous training of pilots using special equipment so they can avoid losing their bearings. 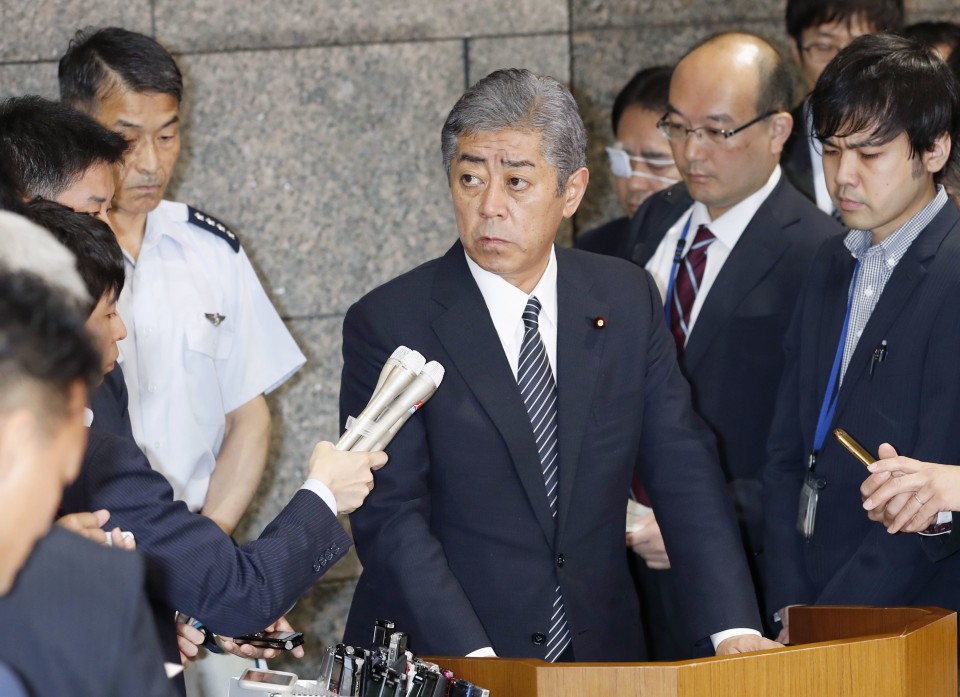 "We will fully enforce training to avoid spatial disorientation and will fully explain to local residents before deciding to resume flights" by the remaining F-35As, Iwaya said.

Iwaya also said that pilots can fall into spatial disorientation regardless of their total flight hours, and that the lack of moonlight at the time of the accident could have been a contributing cause.

An ASDF official told a press briefing, "There was nothing abnormal about the aircraft's body, so we believe the crash resulted from a human factor, though not an error."

The ASDF has analyzed radar data and records of communication with three other F-35A fighters flying with the one that crashed during the drill, since the cutting-edge jet went down off Aomori on April 9.

Japan to end search for crashed F-35A, will soon allow resumption of flights

According to the analysis, the ground control directed the pilot, Maj. Akinori Hosomi, to reduce altitude around 7:26 p.m. on April 9, and about 20 seconds later to turn left in order to maintain distance from a U.S. military aircraft flying about 36 kilometers away.

The jet continued to descend for an additional 15 seconds before disappearing from radar, the ASDF said.

Hosomi sounded calm during the communication, it said. His plane is believed to have plunged into the sea surface at a speed of over 1,100 km per hour.

Japan stopped searching for the single-seat stealth jet this month after retrieving some fragments of it, including the flight data recorder -- but this was heavily damaged.

The ministry confirmed Hosomi's death last Friday, saying parts of his body had been found in the area of the sea where debris from the jet was recovered.